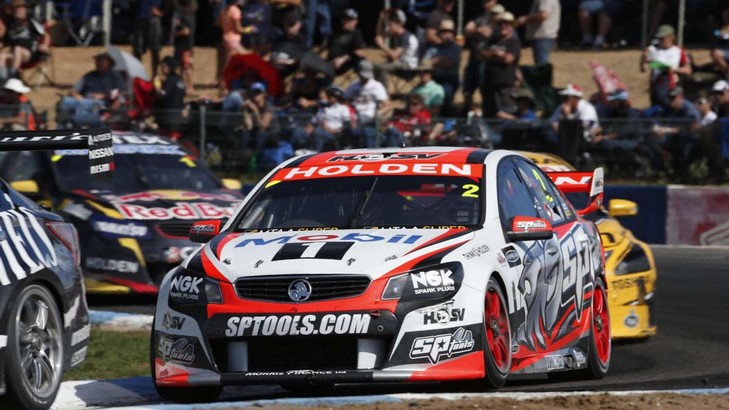 Holden Racing Team’s Garth Tander has been penalised five grid positions for a driving infringement during this morning’s qualifying session. He was deemed to have held up Michael Caruso's Norton Nissan.

Tander – who slipped from ninth in the Championship to 12th after yesterday’s two races – is now reduced to starting from 23rd after a trying morning.

He yesterday qualified 20th for the second race but was unable to move forward over the 34 laps.

05/04/2014
Related Content
Scott's pole four years in the making  ›
06/04/2014
McLaughlin records first V8 Supercars pole  ›
06/04/2014
15' Holden Racing Team ›
2014 Winton 400  ›
Stay In The Know
Sign up to the Virgin Australia Supercars Championship Newsletter
We use cookies to ensure that we give you the best experience on our website. If you continue to use this site we will assume that you are happy with it.Ok