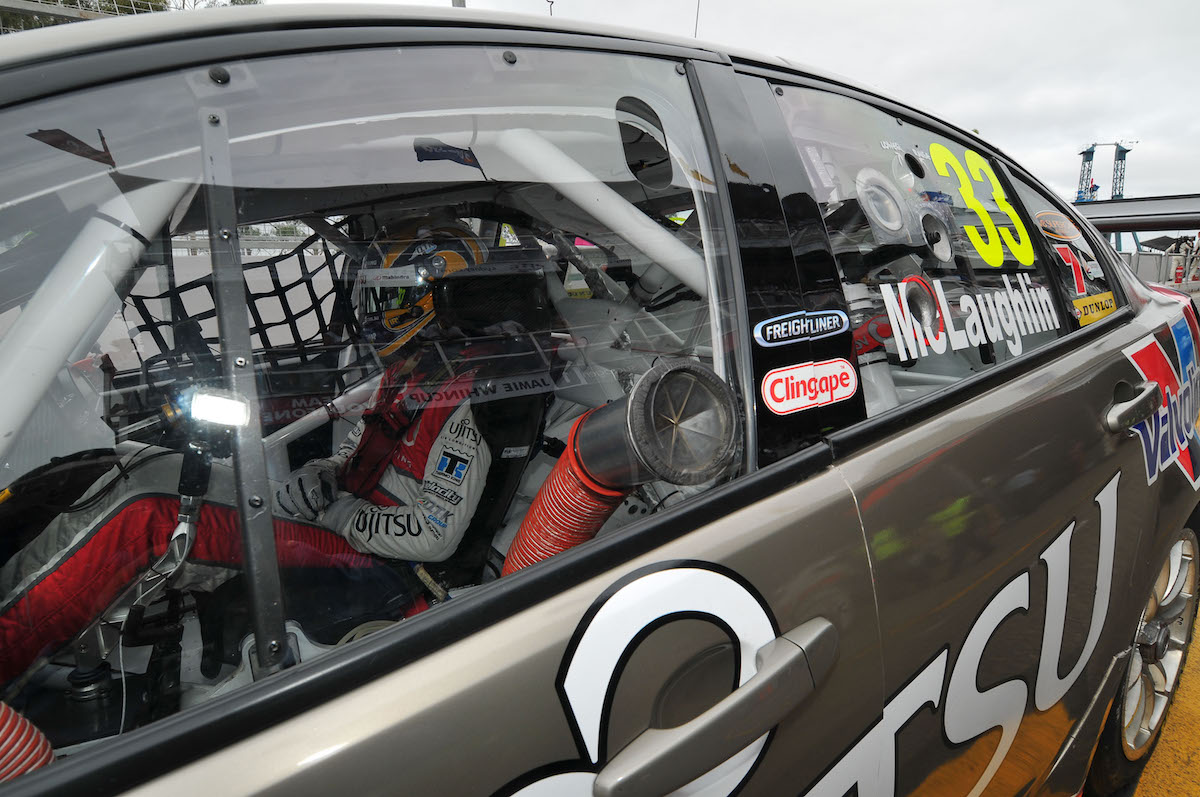 We now know Scott McLaughlin as the biggest rising star in Supercars, but back in 2012 he was just another youngster getting his first shot.

After winning the Dunlop Series title on Sunday, team boss Garry Rogers tapped a then 19-year old McLaughlin on the shoulder and offered him a steer of Alex Premat’s Fujitsu Commodore.

The Sydney weather had hit hard and Frenchman Alex Premat was unable to race on Sunday after suffering heatstroke in Saturday’s scorching race after a cool suit failure. David Reynolds had a pit stop for a ‘boot change’ when his right shoe melted amidst the extreme heat. 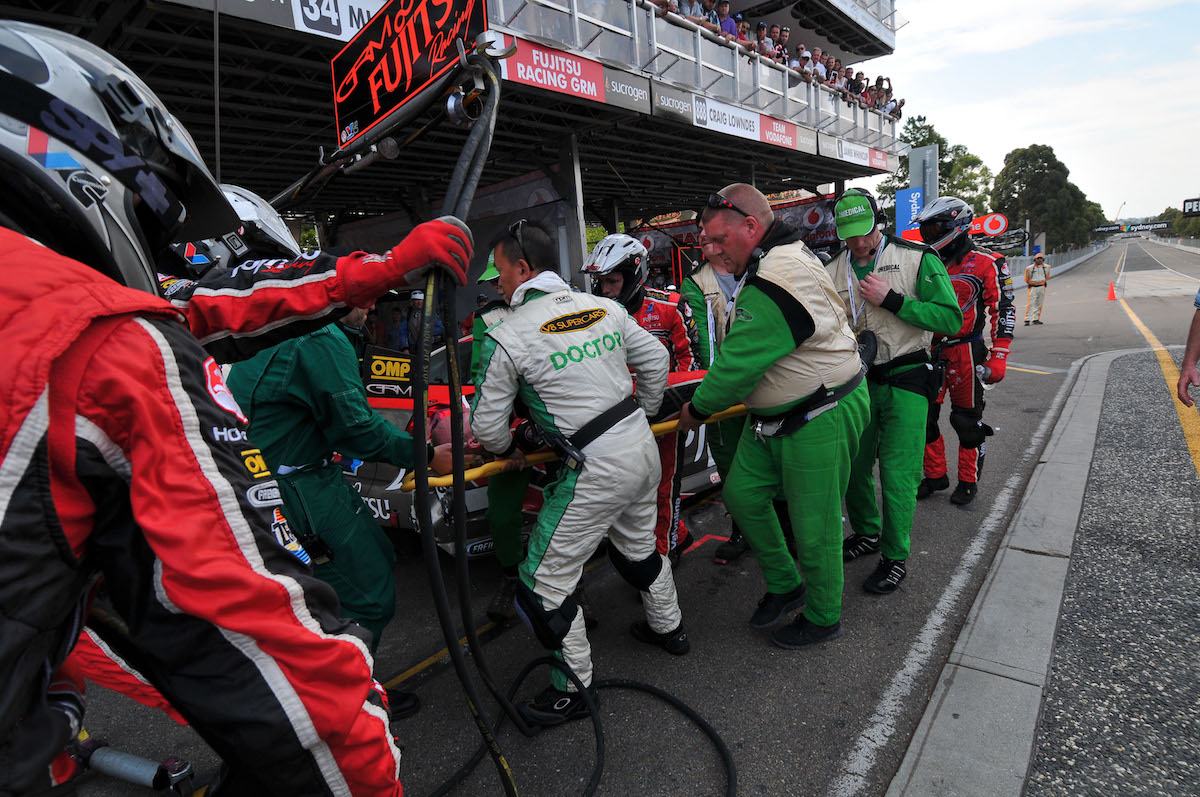 McLaughlin had already signed on to race for Garry Rogers Motorsport in 2013, but his time came earlier than expected – at the same circuit where he will now end his run with the team as he heads to DJR Team Penske for 2017 and beyond.

“I never actually thought of that, but that’s pretty cool,” McLaughlin told supercars.com last week of ending up where it all began.

“My first drive of that car was pretty special, I didn’t actually think it was going to happen that early.

“We had done the deal obviously but it never occurred to me I’d be driving the 33 car that soon!

“It’s funny how everything works out sometimes – it’s the last race in Sydney too in Homebush, so it’s pretty cool.” 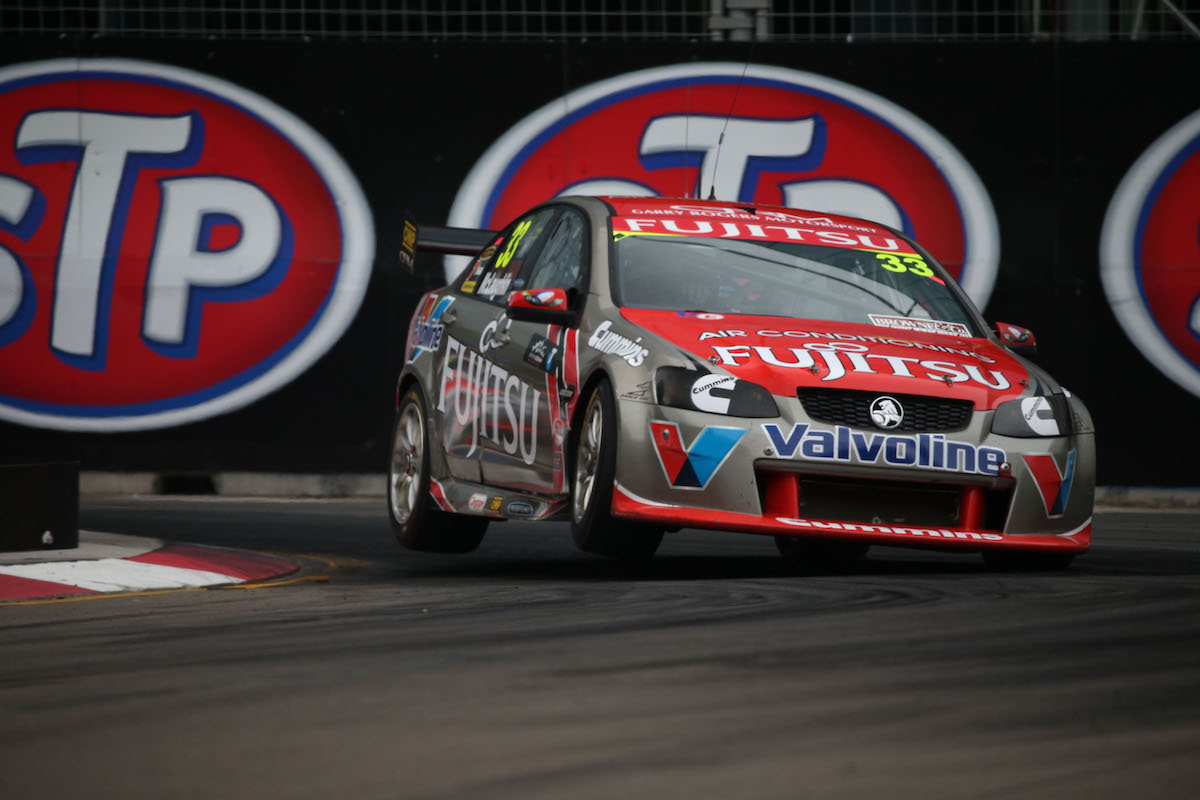 At the time the goal was just to keep it clean and off the walls. McLaughlin managed that, coming home 17th on Sunday one position ahead of Mark Winterbottom.

Will Davison won the race with Whincup having secured the title the round before at Winton.

Soon after McLaughlin won his first Championship race at home in Auckland in the third round of 2013 as Premat’s teammate.