Van Gisbergen was imperious from lights out in Race 14, with the Kiwi matching Peter Brock’s ATCC/Supercars tally of 48 career wins.

The Red Bull Ampol Racing driver, like he did earlier in the day, outdragged pole man Will Davison to Turn 1 off the start.

From there, the New Zealander was commanding in pursuit of an eighth win of the season, which he completed in front of a record Darwin crowd.

A crowd of 38,131 was recorded for the three-day weekend; it was was the biggest overall crowd since 2017, and included the biggest Friday crowd ever.

Jamie Whincup, who completed the podium, dropped from fourth to seventh following contact with Anton De Pasquale at the first corner.

The seven-time champion, in his final full-time race in the Top End, quickly disposed of Nick Percat and set off after the lead pack.

Whincup followed De Pasquale into the lane on lap 14, only for the latter to surrender the position courtesy of a stall.

Davison stopped on the following lap; at the time of his stop, he trailed van Gisbergen by 2.4s.

De Pasquale, who was taken out in the dramatic start to Saturday’s race, fired off at Turn 1 and lost significant ground. He would finish 12th. 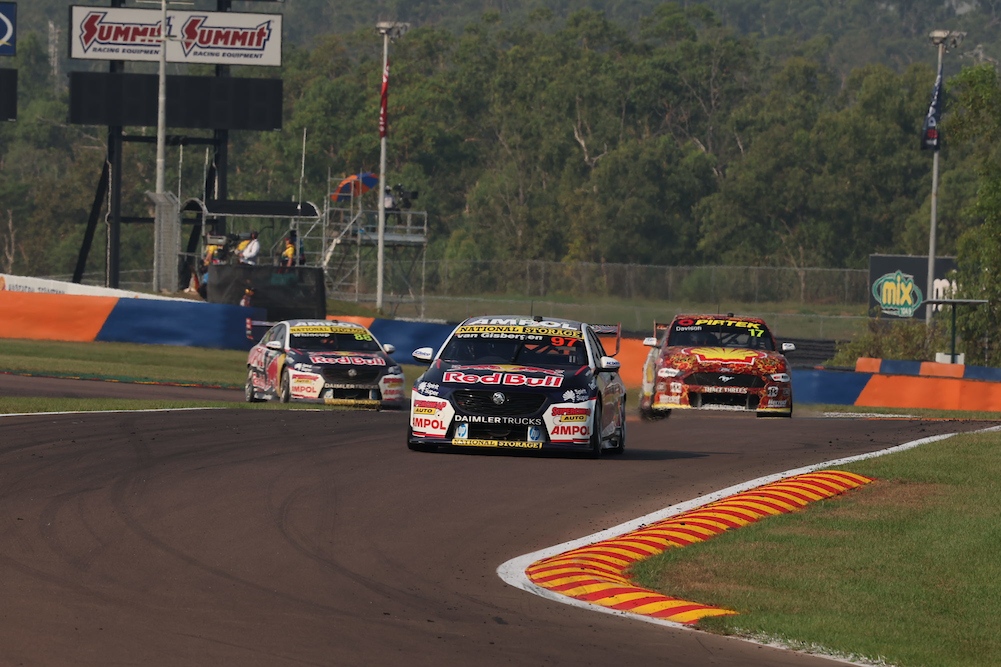 He emerged with a 1.9s lead over Davison, which closed to less than a second by lap 24.

Van Gisbergen assumed the lead after Scott Pye made his stop on lap 26; the stop itself featured a drama with the left rear wheel change, relegation Pye to 16th by race’s end.

Through the pit cycle, Whincup had risen to third, with Race 12 winner Chaz Mostert ranging to the back of the #88 Red Bull Ampol Racing entry.

Van Gisbergen held station in the lead; at one stage, the top four were covered by just 2.2s.

However, the #97 remained the class of the field on Sunday, with van Gisbergen crossing the line 2.3s to the good.

Davison ousted Whincup by just 0.7s, with Mostert, who scored the most points across the three races, a further 0.9s behind.

The victory helped van Gisbergen extend his series lead to 221 points over Whincup, with Mostert nine points behind the seven-time champion in third.

Davison moved back into fourth ahead of Cameron Waters, who improved from 12th to eighth in the race. 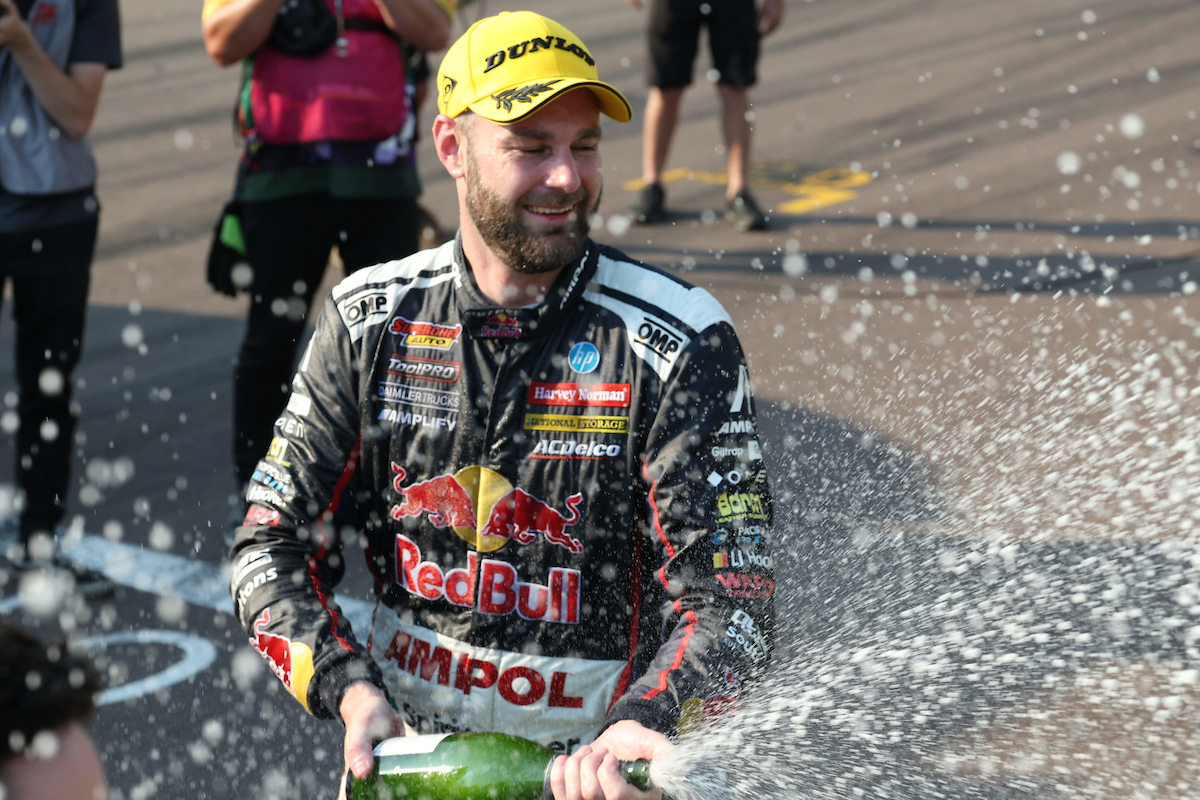 “Again at the start, I don’t know what’s happened, I got three beauties.

"Just managed the pace and drove away when tyres were nice.

“Man, I’ve got to thank Red Bull Ampol Racing; our car wasn’t very good and we just chipped away.

“All weekend it’s been really good from the races, so just stoked, it’s awesome.”

The 2021 Repco Supercars Championship will resume at the NTI Townsville 500 across July 9-11. Tickets are on sale now.