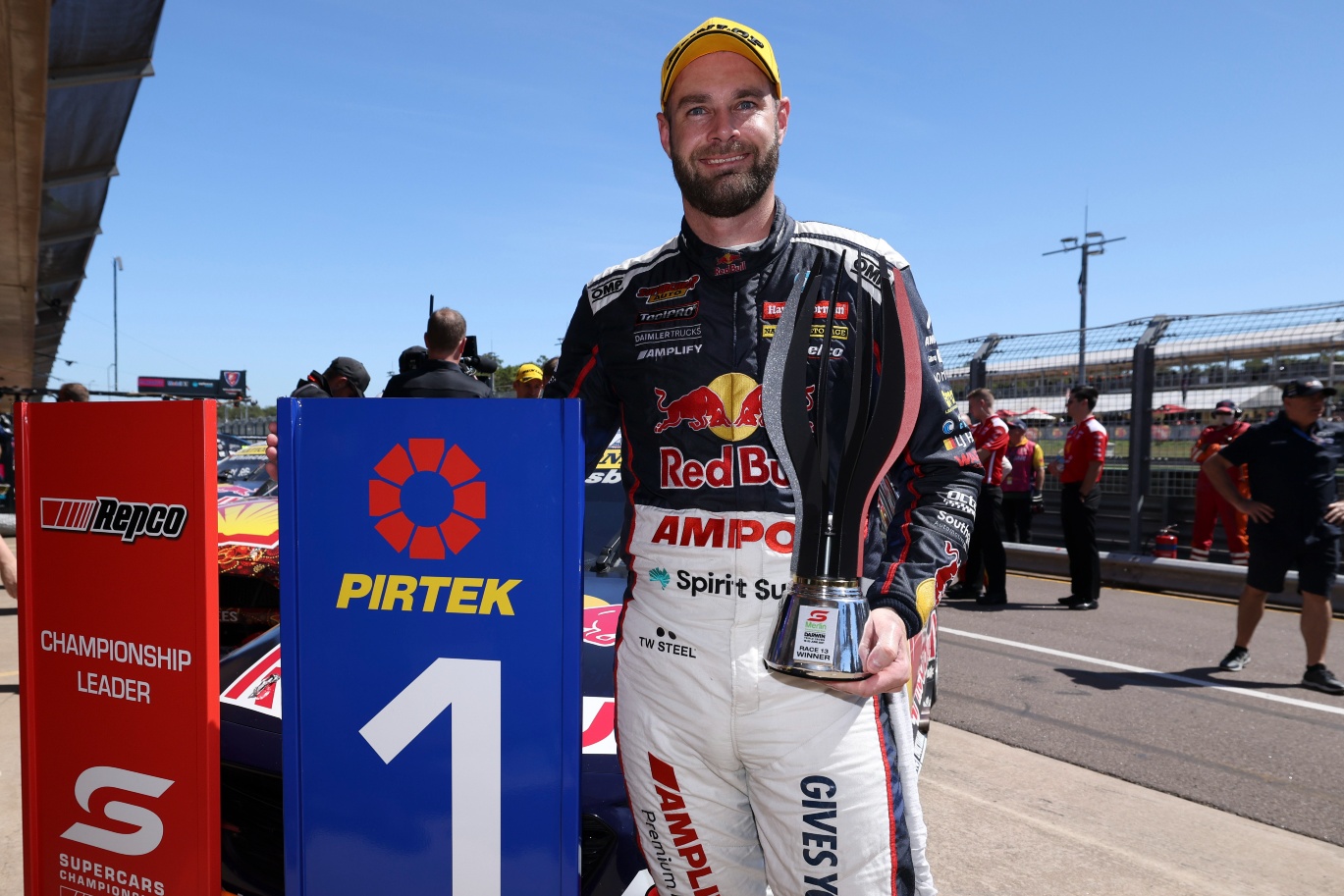 It was a Sunday drive of the highest order for series leader Shane van Gisbergen in race at Hidden Valley Raceway.

The Red Bull Ampol Racing driver was assured in his quest for Race 13 victory after beating pole man Will Davison off the start.

The victory was the Kiwi's seventh of the season, bringing him within one of his career-best season tally, which he achieved in his 2016 title-winning campaign.

It was also the 47th win of his career, bringing him within one of Peter Brock's marker of 48 victories.

It was also van Gisbergen's 10th podium finish of the season, with Davison claiming his sixth.

Whincup, who launched from sixth, claimed his fifth podium of the year, and 227th of his career.