At 16 in 2010 he became the youngest ever V8 Supercars competitor, jumping straight from Karts to driving a Ford Falcon for Kiwi legends Ross and Jimmy Stone in the Dunlop development series. In 2011 he won his first race, in 2012 the championship.

In 2013 he graduated full-time to the main game with Garry Rogers Motorsport and won almost immediately at the non-championship Australian Grand Prix. Later in the year he won his first points-paying race at Pukekohe on home soil. It’s the same turbulent little race track where as a seven-year old, the Hamilton lad watched his hero Greg Murphy win and the fire was planted to race V8s.

In 2014 came the factory Volvo deal and the Clipsal 500 ‘Jandal’ moment, when he passed Jamie Whincup at the last corner of the Saturday evening sprint race for second place.

He leapt from his S60 and told a roaring crowd “I plucked it into first, gave it a bit of jandal, got by him and f*** yeah!””

The crowd roared that much harder and then, for good measure, booed Whincup. Here was a Volvo-driving Kiwi kid being acclaimed while legend of the sport in a Holden was being reviled in the Commodore’s home town. Amazing, crazy stuff. 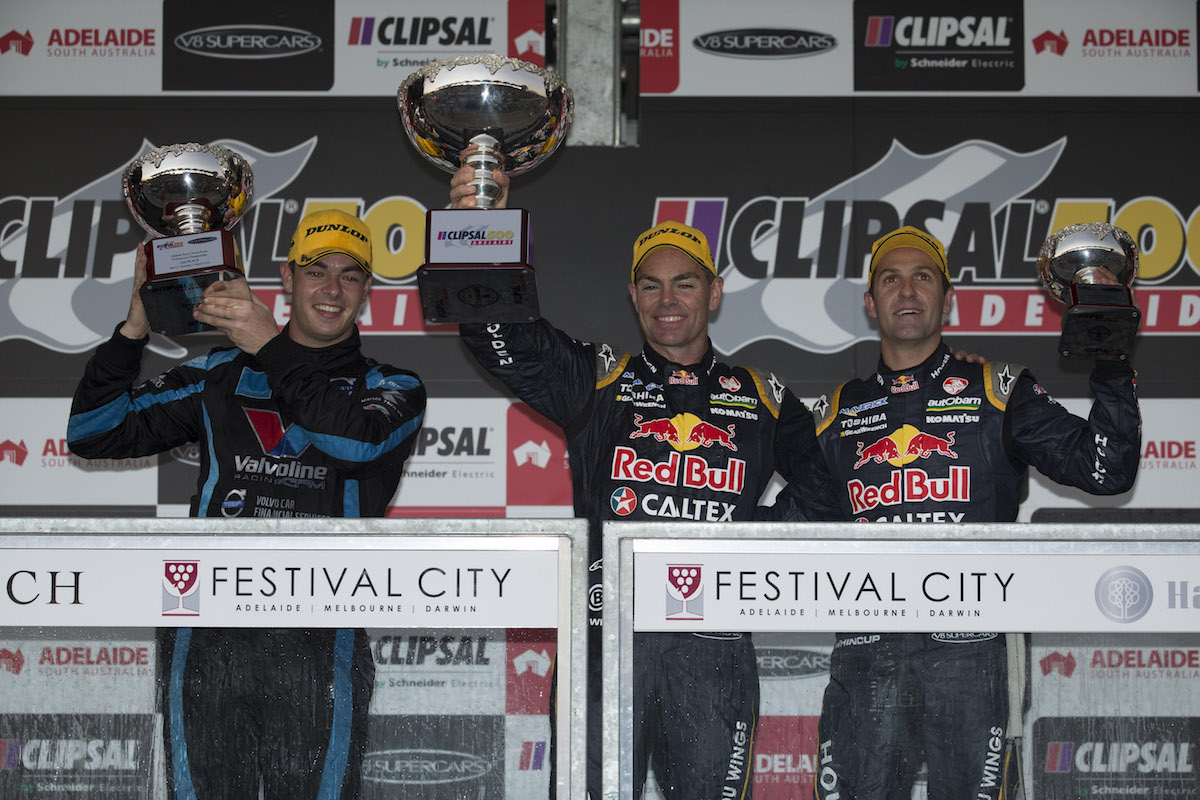 This year, he is legitimately challenging for the drivers’ title in what we found out in early May is Volvo’s last official year in the Virgin Australia Supercars Championship.

And now we know it’s also Scotty McLaughlin’s last year at Garry Rogers Motorsport. His signing with DJR Team Penske on what will undoubtedly be a very lucrative multi-year deal is the biggest headline grabber of the year so far. And most likely of all of 2016.

This is a seminal moment in his career. It’s as important as fellow Kiwi Shane van Gisbergen’s move from Tekno to Triple Eight. He goes from underdog to contender. Winning will no longer be an occasional joy, it will be an expected normality.

McLaughlin is severing ties with more than a racing team. He is putting the business of racing, his ambition to win a championship, ahead of some of the closest friendships he has ever made, people who have become a second family.

Garry Rogers has been much more than team owner to McLaughlin, he is somewhere between a father figure and a mentor. Scotty is even closer with his engineer Richard Hollway. They share an almost telepathic connection like Whincup and his former engineer Mark Dutton.

McLaughlin completed his welding apprenticeship at GRM in 2013. Working at the Dandenong shop with the guys and girls who developed, maintained and repaired his car helped keep him grounded and level-headed.

Not that McLaughlin needs that much guidance in that area. He is naturally outgoing and friendly, maturing rapidly and smart enough to understand that the fans are a key part of this business and his success.

He is the first driver since Craig Lowndes burst on to the scene in the early 1990s to gather the same sort of overwhelming punter affection.

Hollway worked with the young Lowndes and Mark Skaife at the Holden Racing Team and back in 2014 after Scotty won at Phillip Island ahead of Lowndes he said he was as good as them.

"That was as good as I have seen him drive," Hollway said. "I thought that was awesome with Lowndesy behind him.

"That reminded me of Skaife, Lowndes, all of that. Fantastic, just unbelievable pressure.

"If you look at the sector times he was within half-a-tenth lap after lap-after-lap and that's just class. A seriously good drive. That was really pleasing to see. He is a gun steerer."

It meant all the more because ‘Krusty’ never says anything without thought and without meaning it. 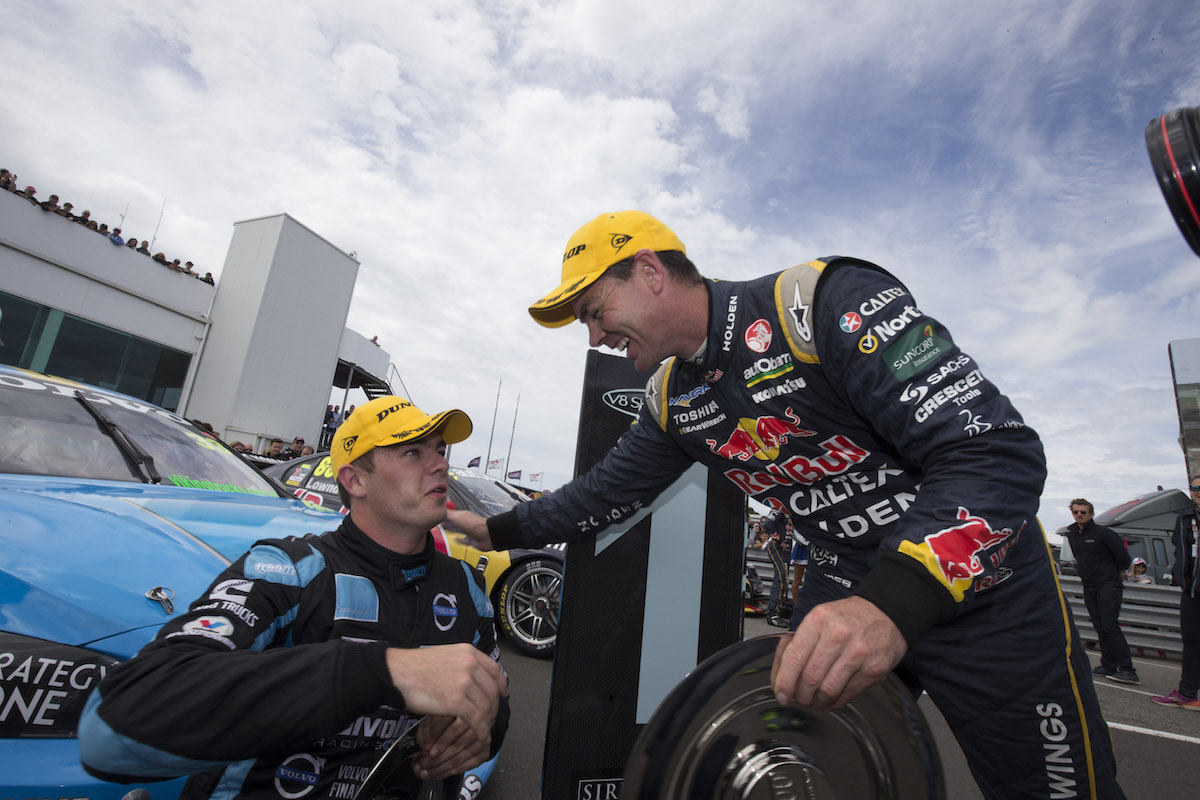 It’s drives like that – and again at Phillip Island this year that would have made DJR Team Penske so keen to secure McLaughlin. It’s a move totally in keeping with the DJRTP’s push for the top in Australia, which has seen it scoop up the best drivers and engineers available, once it overcame the false start of selecting Marcos Ambrose for its debut year.

McLaughlin and Fabian Coulthard will make a formidable combination for a team that will be in its third year of solid investment and development in 2017. 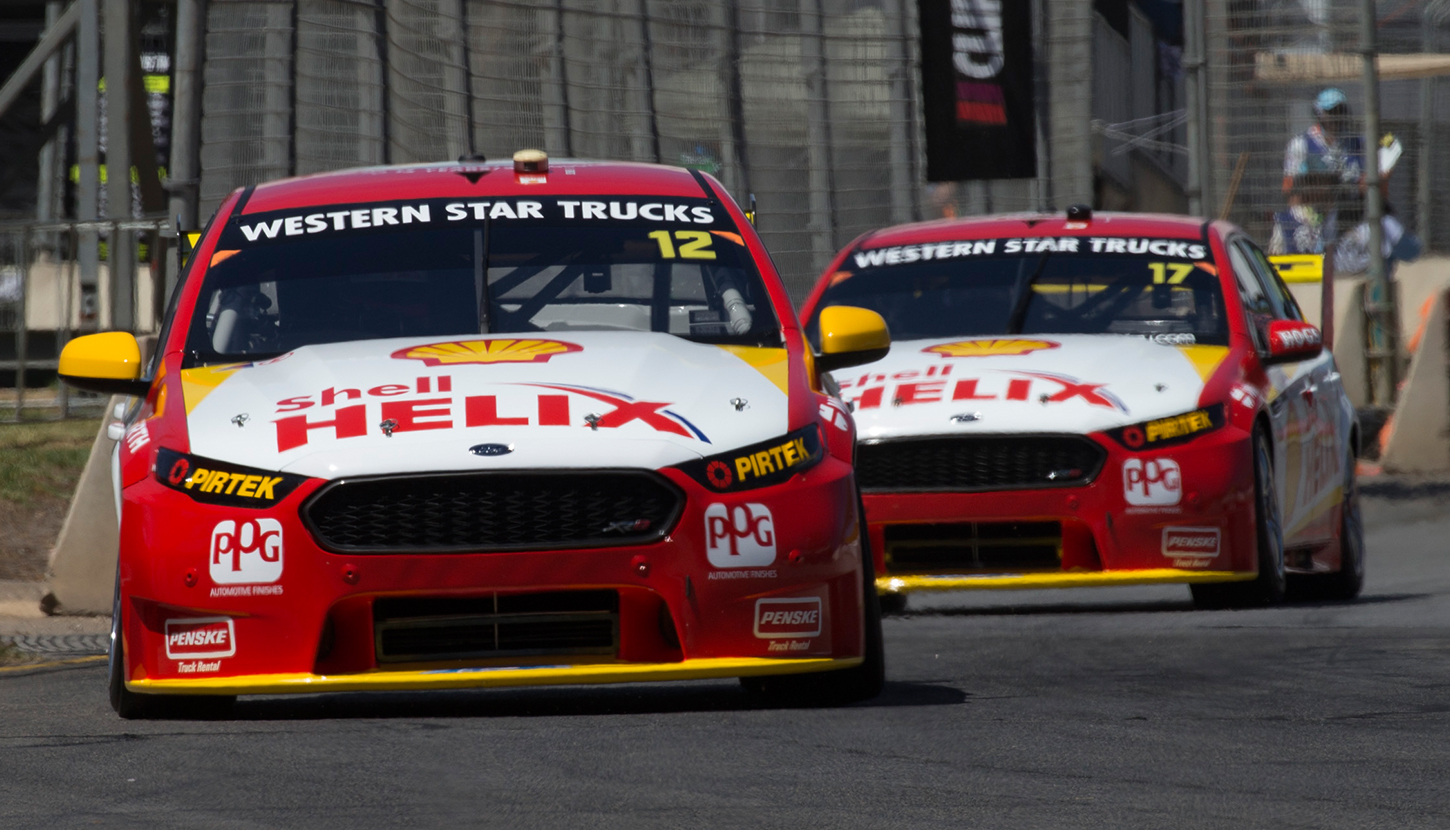 Through all this a thought should be spared for the man McLaughlin replaces, Scotty Pye. Another highly talented graduate of the 2012 Dunlop development series he is replaced not because of his own failings, but because his successor has the potential to be one of the all-time greats.

But consider this too. McLaughlin is a huge Stock Car fan and harbours the dream of one day racing in the USA. Penske can make that happen for him.

Signing for Penske means McLaughlin takes a big step towards his championship-winning ambitions here, which would then mean moving on to conquer the even tougher world of banked ovals.

It could well happen. And if it does, you’ll know about it. Just watch out for the headlines.