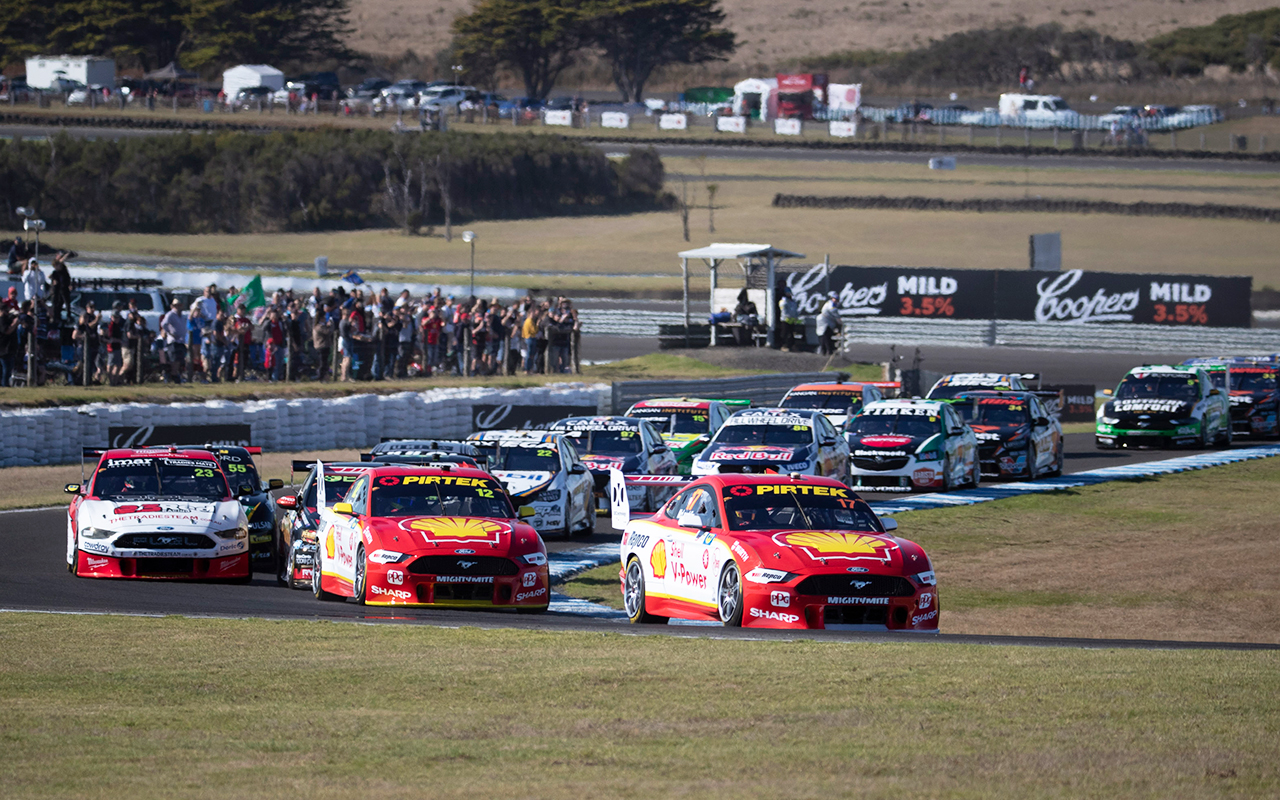 From Perth, all Mustangs will compete with smaller rear wing endplates, a lower rear wing Gurney flap and a reduced front undertray extension.

The changes have been made after an extensive analysis of track data and additional Computational Fluid Dynamic work by Supercars’ technical department and its UK-based technology partner D2H.

In a statement, Supercars said the changes are being made based on the Racing Entitlements Contract (REC) and rule A1.4 of the Supercars Operation Manual.

Rule A1.4 spells out the championship’s technical parity guidelines, allowing changes if a significant disparity exists between the competing cars.

Centre of gravity changes were made to the Mustangs and the Holden Commodores last month, following a test that showed a disparity with the Nissan Altima.

Supercars CEO Sean Seamer stressed the requirement for any car entering the category to meet the incumbents.

“The Supercars Technical department has worked through the data available and requested these changes from homologating team DJR Team Penske and Ford Performance in a transparent manner,” he said.

“The Mustang is a world class race car and we respect the work that has gone in to developing the package. Despite passing VCAT any incoming car needs to meet the incumbent.

“DJRTP and Ford Performance understand that technical parity underpins the success of the sport and accept the changes.”

Ford’s global director of motorsport, Mark Rushbrook expressed disappointment at the change, but says the company will do its talking on the track.

“This is a world class car developed by Ford, Ford Performance, DJR Team Penske and Tickford,” he said.

“We are incredibly proud of it and we stand by the state-of-the-art package we introduced into the series.

“Ford Performance exists to win races and championships and we are here to do just that.

“From here on we will do our talking on the racetrack.”