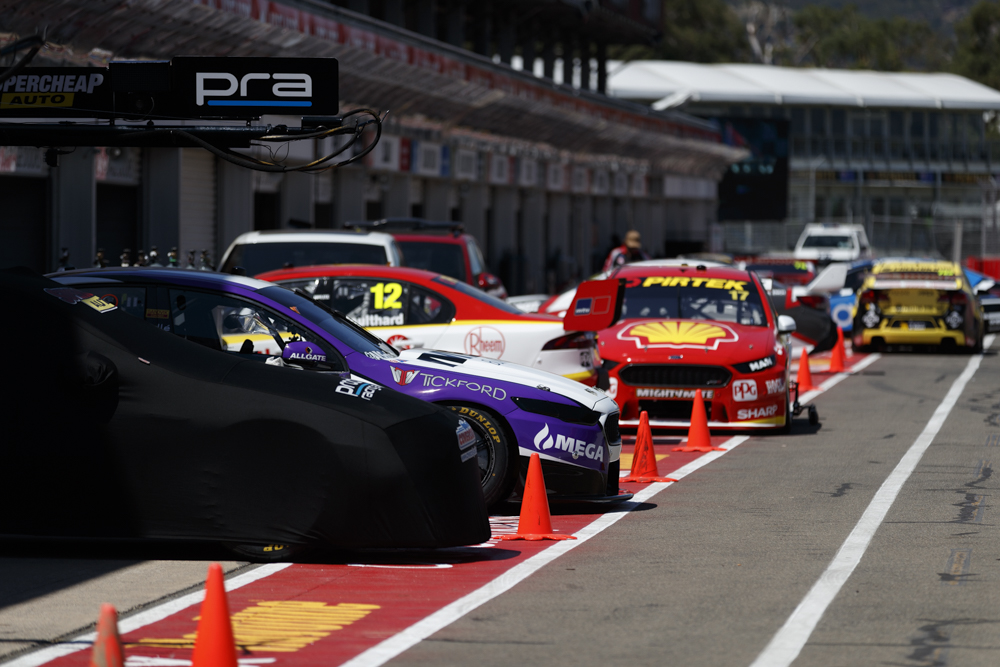 Supercars has clarified its new treatment of the controversial redress procedure following feedback from drivers in the lead-up to the Clipsal 500 Adelaide.

All 26 drivers and associated team representatives were called to a meeting this afternoon at the Adelaide circuit where revisions to the judicial system and driving code were confirmed.

As previously reported, Supercars had outlined to the drivers and teams in Sydney last month its plan to abolish the redress rules following a series of awkward incidents in 2016.

The redress had become a formal part of the system under previous Driving Standards Observer Jason Bargwanna and was increasingly used by drivers seeking to avoid penalties.

After feedback from drivers, Supercars has clarified that voluntarily repositioning behind another driver will still be looked upon favorably by the stewards when only two cars are involved.

Shane van Gisbergen’s decision to allow James Courtney back through after contact at the 2015 Clipsal 500 (as seen in the highlights video at the bottom of this story) was given at today’s briefing as an example of a redress that will avoid penalty.

However, if any other cars emerge between the two involved in the incident before a repositioning can be undertaken - such as what happened in an otherwise similar incident between Van Gisbergen and Courtney at Phillip Island last year - a penalty will still apply.

“In case of minor contact between two cars racing each other a driver may choose to reposition their car if they feel the contact gave them an unfair advantage; and the affected party was not pushed off the circuit or lost further positions as a result,” explained CEO James Warburton.

“With advice from the DSA (Driving Standards Advisor), stewards will then decide whether the contact warrants further penalty or the cars are allowed to continue racing. This does not apply in the case of a cluster of cars.”

While a full table of penalties has yet to be distributed, minor Careless Driving incidents involving two cars that are not redressed are likely to result in time penalties ranging between five and 15 seconds, either to be served at the next pitstop or as a post-race addition.

Incidents judged to be Reckless or Dangerous Driving will result in a drive-through if clearly the fault of one driver, while an investigation will be undertaken post-race for any incidents which are considered contentious.

Drivers approached by Supercars.com following the meeting praised the category’s efforts to improve the system and communicate openly with the competitors.

“Creating as much as clarity as possible around the whole judicial process so everyone has a clear understanding of where everyone is coming from is really important.

“I said to James Warburton that I reckon that’s as good a meeting we’ve had in five years. I think it’s a good thing.”

Team-mate James Moffat said he is happy that the option to reposition remains, but says it will take time for drivers to understand exactly how incidents will be policed.

“I think it’s encouraging that the sport is making improvements to the system, but when you have such a revamp there’s probably some things we’ll find along the way,” he said.

“There’s still a few grey areas and it’s going to take three or four events for the drivers to really understand what is going to be penalised and what isn’t.

“At the end of the day consistency of penalty application will be the most important thing. We all understand that being the umpire is the most difficult job in any sport.”

Scott McLaughlin also expressed his support of allowing redresses for two-car incidents, but stressed that other cars often become involved due to the closeness of the field.

“You’re still going to have to make sure you’re assertive with your passes because you can’t get away with slowing right up and letting everyone through if it goes wrong,” he said.

“For the show it might be a little bit different, but it’s going to make sure that people make good, clean moves. It’s going to be harder but I think that’s a good thing.

“Even if only two cars are involved, if you press on (without redressing) you’ve got to be 100 percent sure that you’re right.

“Really we won’t know how it’s going to play out until we start racing.”

Rules surrounding pitlane contact were also discussed at today’s meeting, with Supercars reiterating its policy that contact behind the rear wheels is unlikely to draw penalty.

01/03/2017
Stay In The Know
Sign up to the Repco Supercars Championship Newsletter
We use cookies to ensure that we give you the best experience on our website. If you continue to use this site we will assume that you are happy with it.Ok