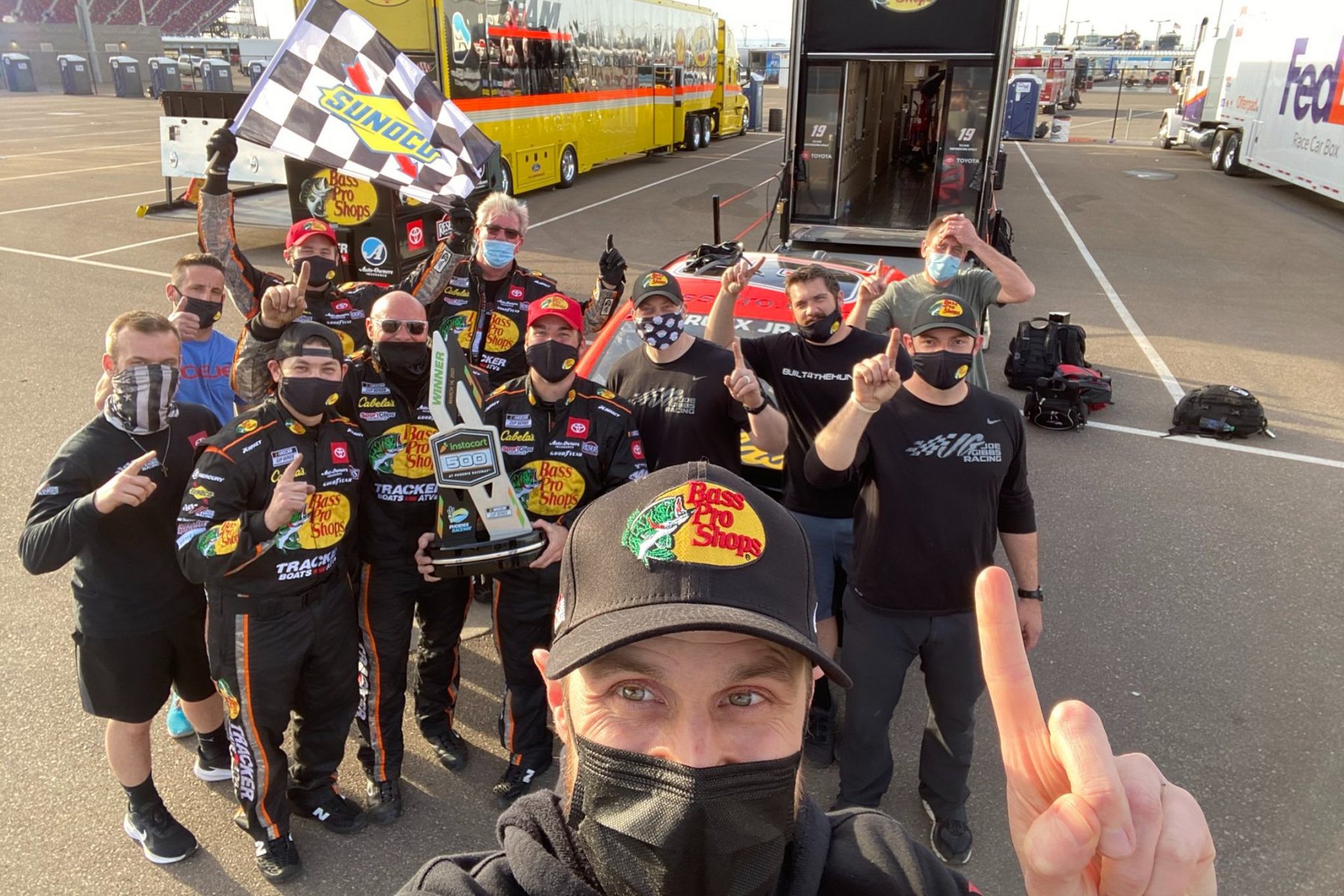 On Monday AEDT, Truex Jr. became the fifth different Cup Series winner in as many starts in 2021 with his victory in the Instacart 500 at Phoenix Speedway.

It marked another key breakthrough for Small, who notably skippered Ford Performance Racing's stunning Bathurst win for Mark Winterbottom and Steven Richards in 2013.

It came in just his second season with the Ford squad, having moved to FPR from Kelly Racing.

He also engineered Reynolds' remarkable run to second in the 2012 Bathurst 1000, coming five years after his 2007 main game debut with Garry Rogers Motorsport.

Small left Australia to pursue his NASCAR dream at the end of the 2013 season, and stepped into the coveted crew chief role on a NASCAR Cup Series entry for the first time in 2017. 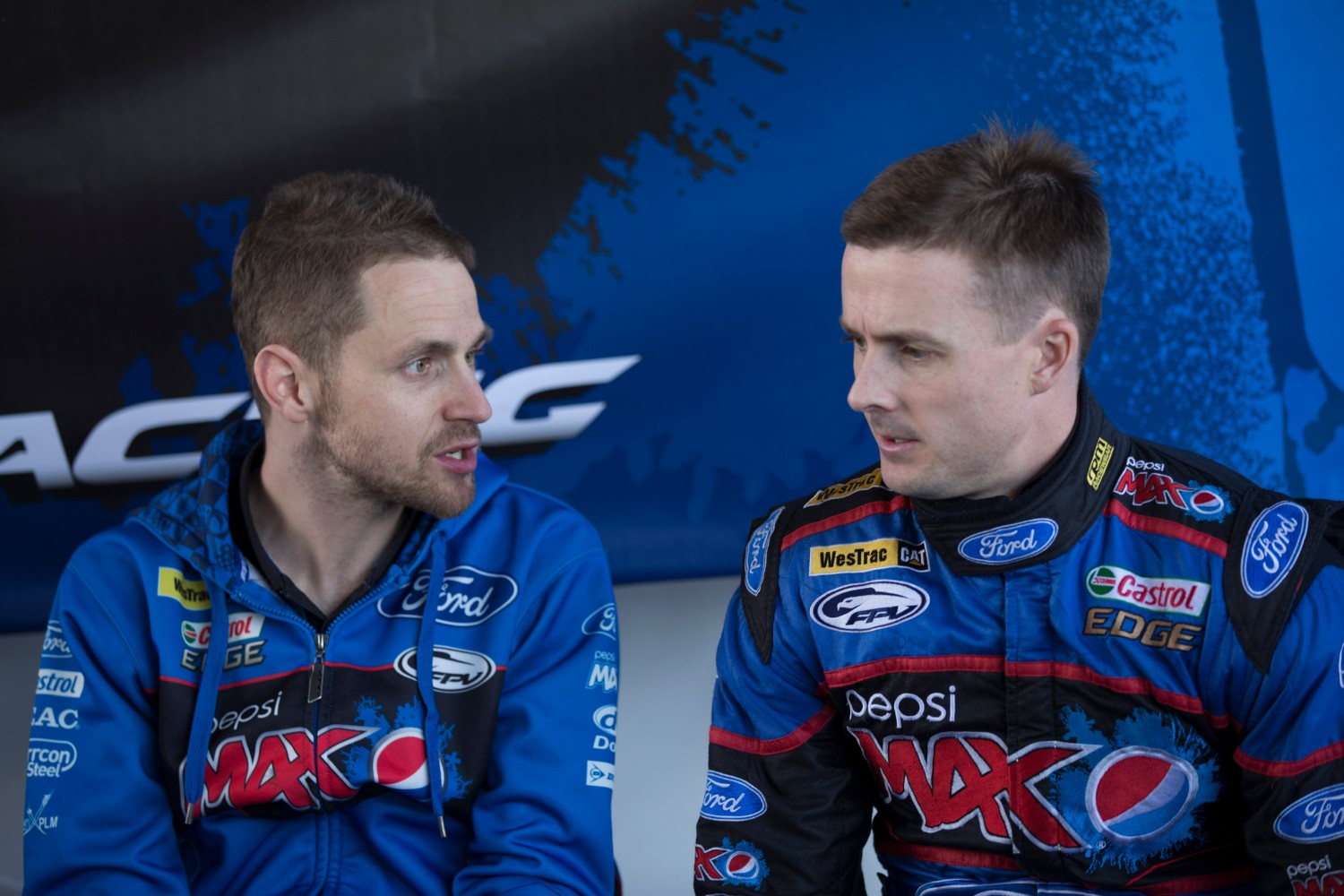 Small and Winterbottom in 2013

The Melbourne native replaced Cole Pearn ahead of the 2020 season, marking a major moment in his career as he readied to skipper a former Cup Series champion.

A move to Joe Gibbs Racing saw Truex Jr. again finish second in 2019, before his first season with Small in his ear resulted in seventh overall.

The Small-Truex Jr. partnership paid dividends in just its 11th race, with Truex Jr. racing to victory in the Blue-Emu Maximum Pain Relief 500 at Martinsville Speedway in June last year. 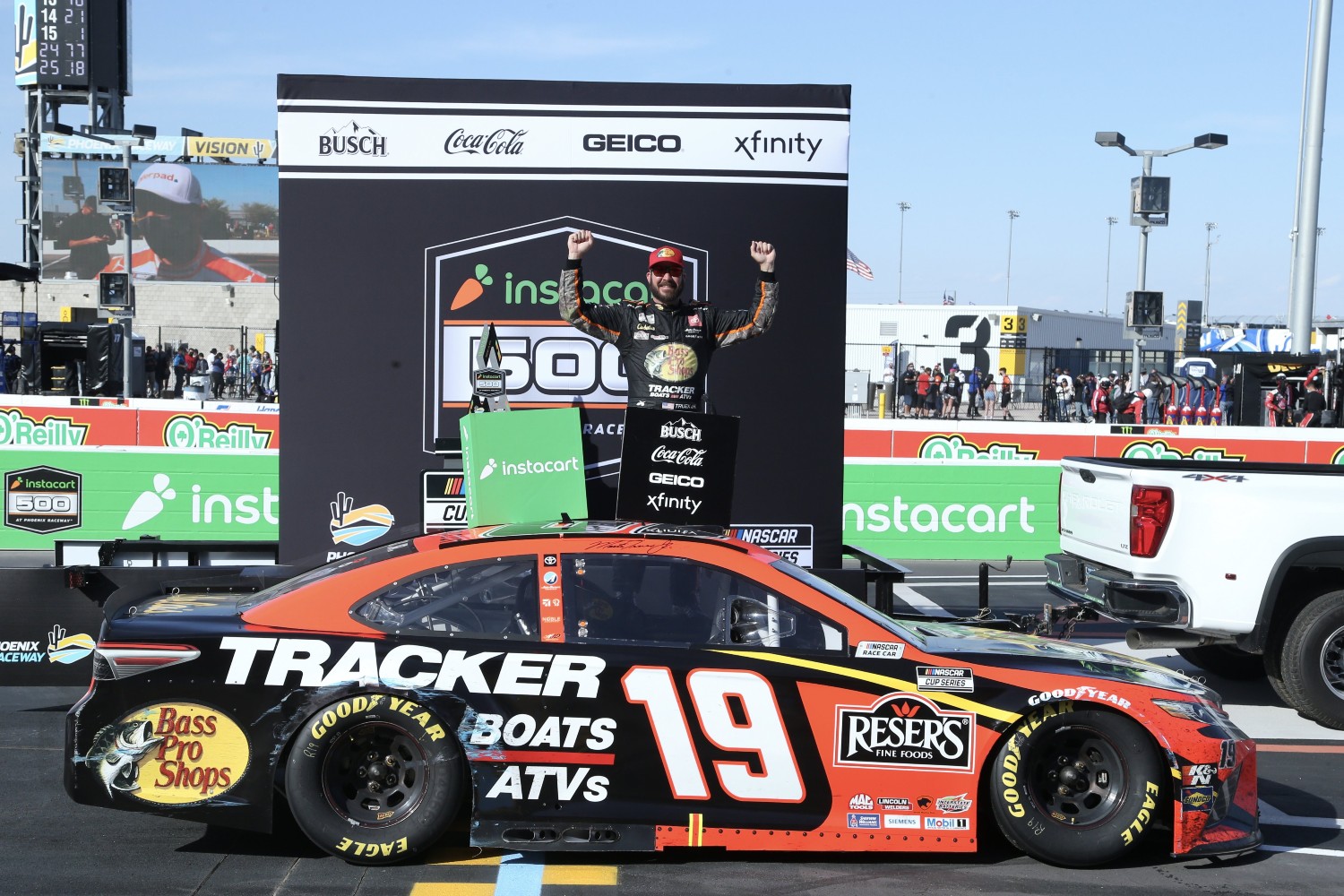 It was a dominant performance, with Truex Jr. leading the final 131 laps.

It came after the 40-year-old brushed the wall early in the race, with Truex Jr. taking the lead on the final restart with 25 laps remaining to earn his first victory of 2021.

"At the beginning of the race, I thought we were going to run 15th or so. I can't really believe it, I'm speechless.

"Well it's been a while... but we're back!! So proud of this team and @MartinTruex_Jr and everyone at @JoeGibbsRacing @ToyotaRacing @BassProShops,” an elated Small tweeted.

Small will return to the headphones to steer Truex Jr. at this weekend's Folds of Honor QuikTrip 500 at Atlanta Motor Speedway.