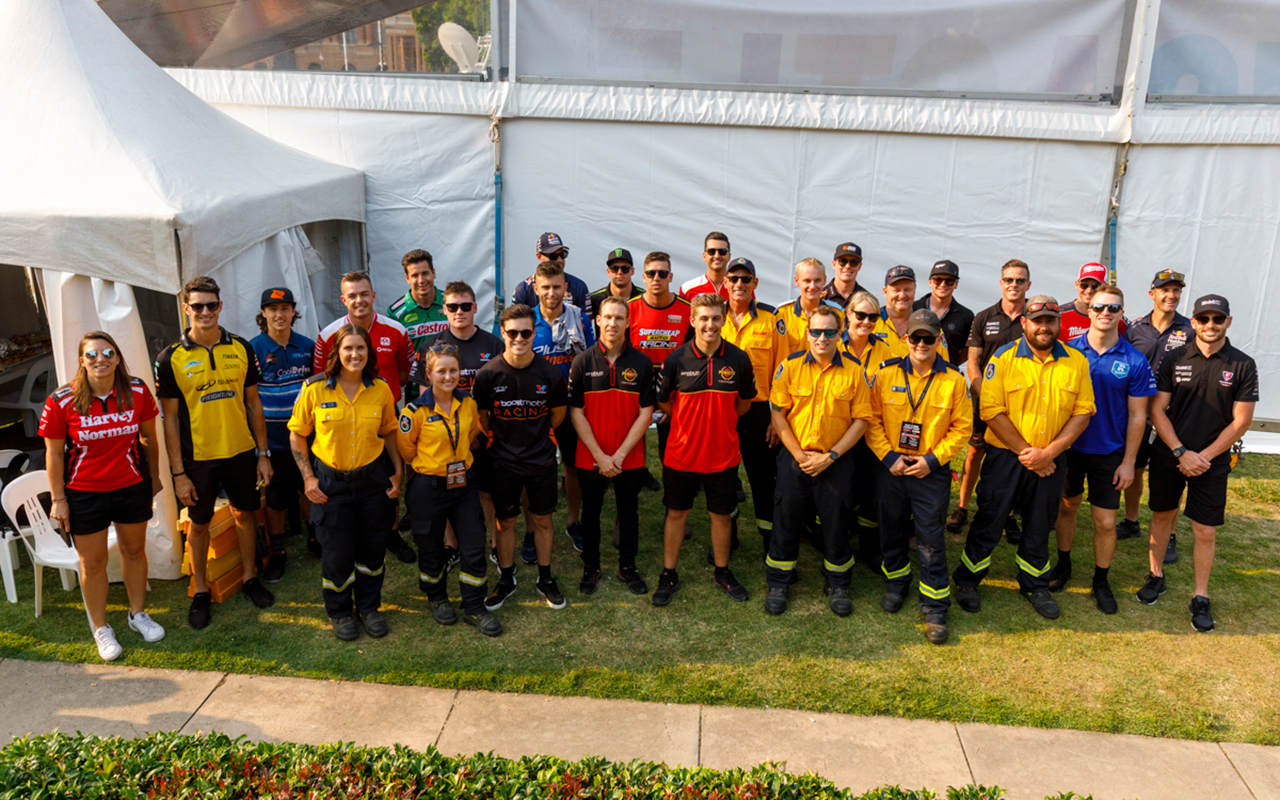 The Supercars community has thrown its support behind those battling and affected by the bushfires in New South Wales and Queensland.

Supercars and Winning Appliances have jointly donated $10,000 to the Rural Fire Service, supporting their efforts to fight the fires in New South Wales.

A host of drivers met with RFS officials to hand over the donation on the eve of the Coates Hire Newcastle 500.

“Being in NSW this week where so many families have lost their livelihoods and homes, we thought it was our obligation to support them in some way," said James Courtney.

“We hope this donation can lend a hand to people in bushfire affected areas, as well as the volunteers.”

Broadcaster Fox Sports has meanwhile commissioned a special one-off piece with local artist Mitch Revs, pictured below, to be auctioned off during this weekend’s event. 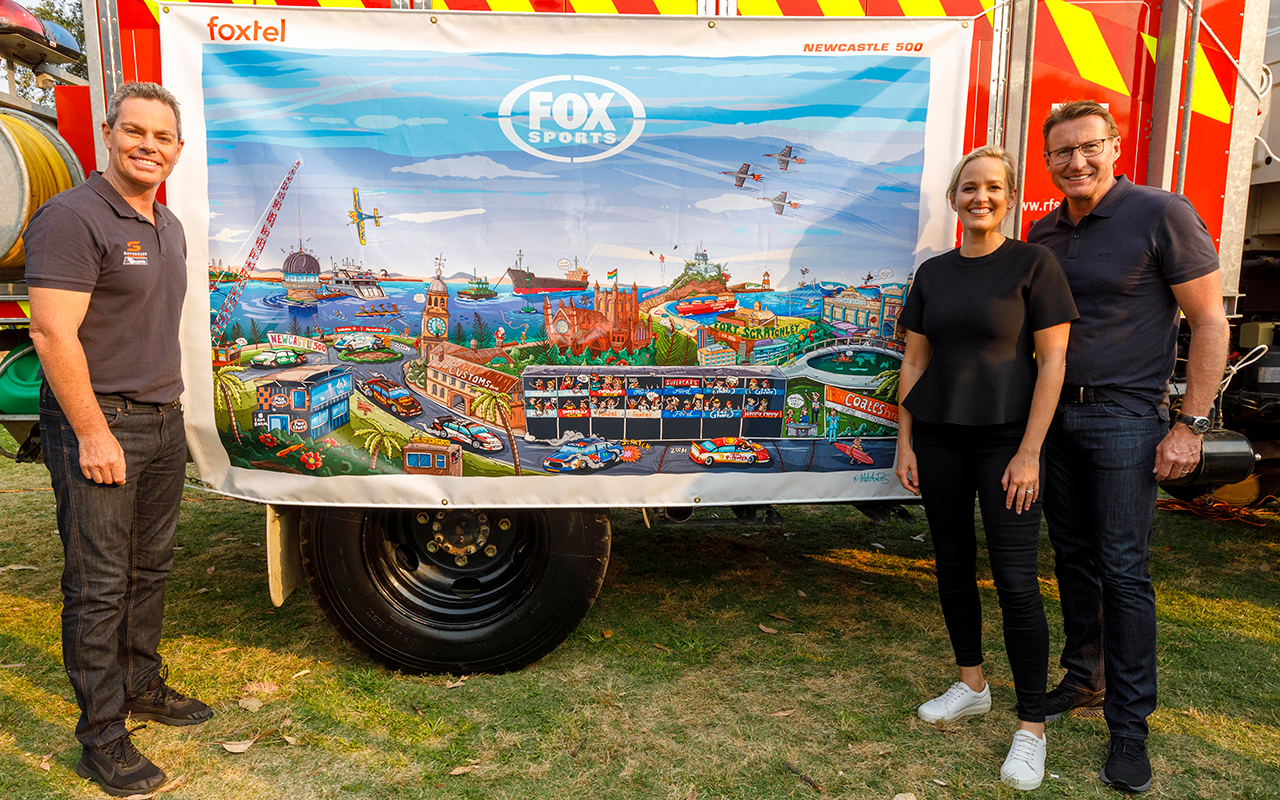 The artwork showcases memorable moments from the opening two editions of the Newcastle event, including Jamie Whincup backflipping into Newcastle Harbour after winning the 2017 title and Scott McLaughlin’s triumph last year.

Funds raised will go to the NSW Rural Fire Service via the Australian Red Cross Disaster Recovery and Relief fund.

Online bids can be made at this link, with the winner of the auction to be announced during Sunday evening’s Trackside program.

The damaged panels from the written-off car will be offered via this online auction.

Walkinshaw Andretti United is also running an auction, putting the race suits Courtney and Pye are wearing this weekend up for grabs, with proceeds going to the Salvation Army.

21/11/2019
Stay In The Know
Sign up to the Repco Supercars Championship Newsletter
We use cookies to ensure that we give you the best experience on our website. If you continue to use this site we will assume that you are happy with it.Ok