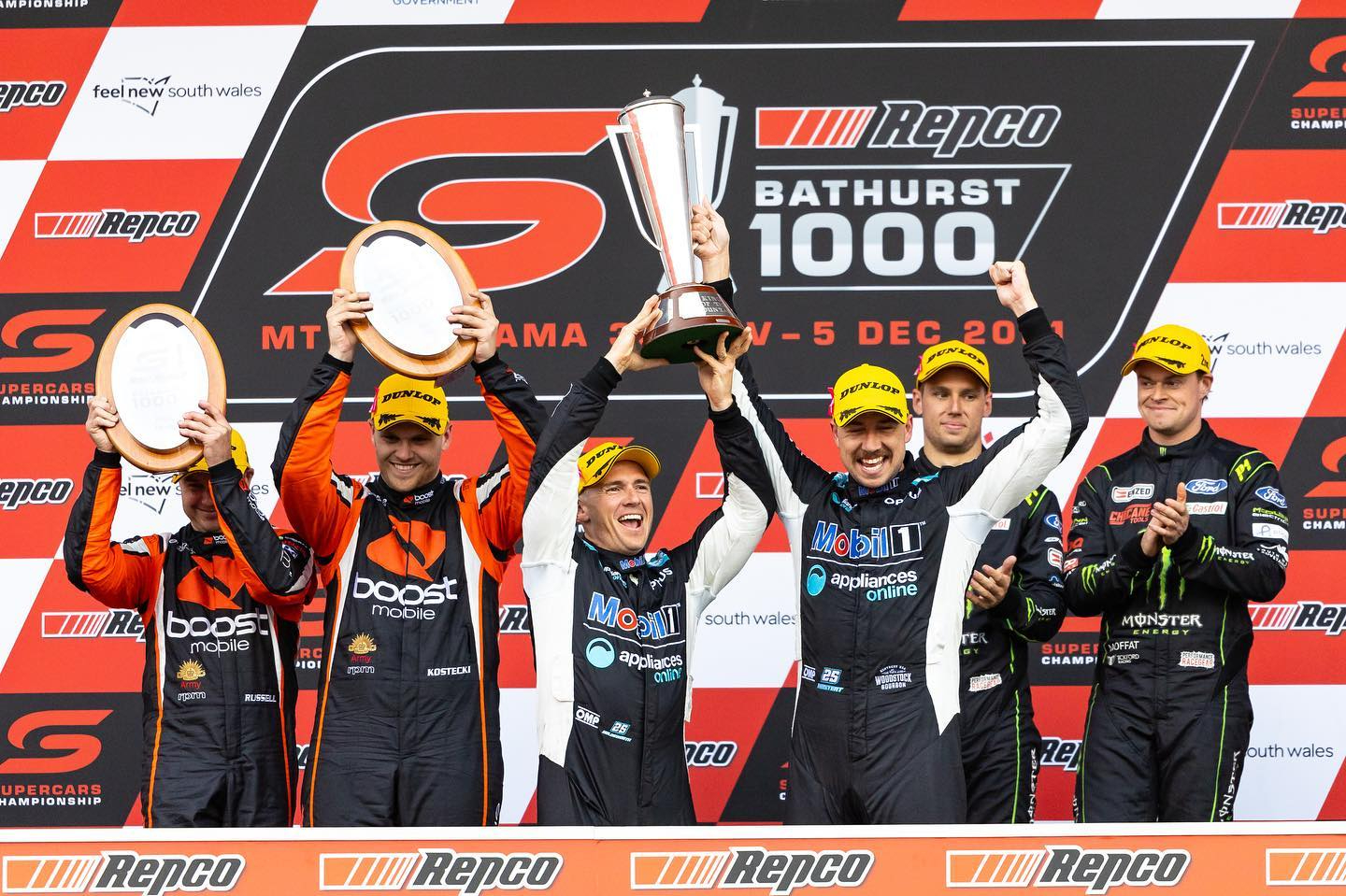 Van Gisbergen loomed as Mostert's closest challenger in the final stanza of the race before he was dumped to 18th following a puncture.

It ensured neither Triple Eight nor Dick Johnson Racing had a car on the Great Race podium.

The last time that happened was in 2014; that day, Mostert and Paul Morris won for Ford Performance Racing, which is now operated as Tickford Racing.

Like he did on Sunday, Moffat finished second, having recovered to the podium after two run-ins with Griffin's Bend.

You have to go back to 2009 to find another Bathurst podium sans Triple Eight and DJR; that day, Garth Tander and Will Davison won for the Holden Racing Team from pole.

That feat was achieved by Mostert and Holdsworth on Sunday, with Mostert lowering the lap record on Saturday.