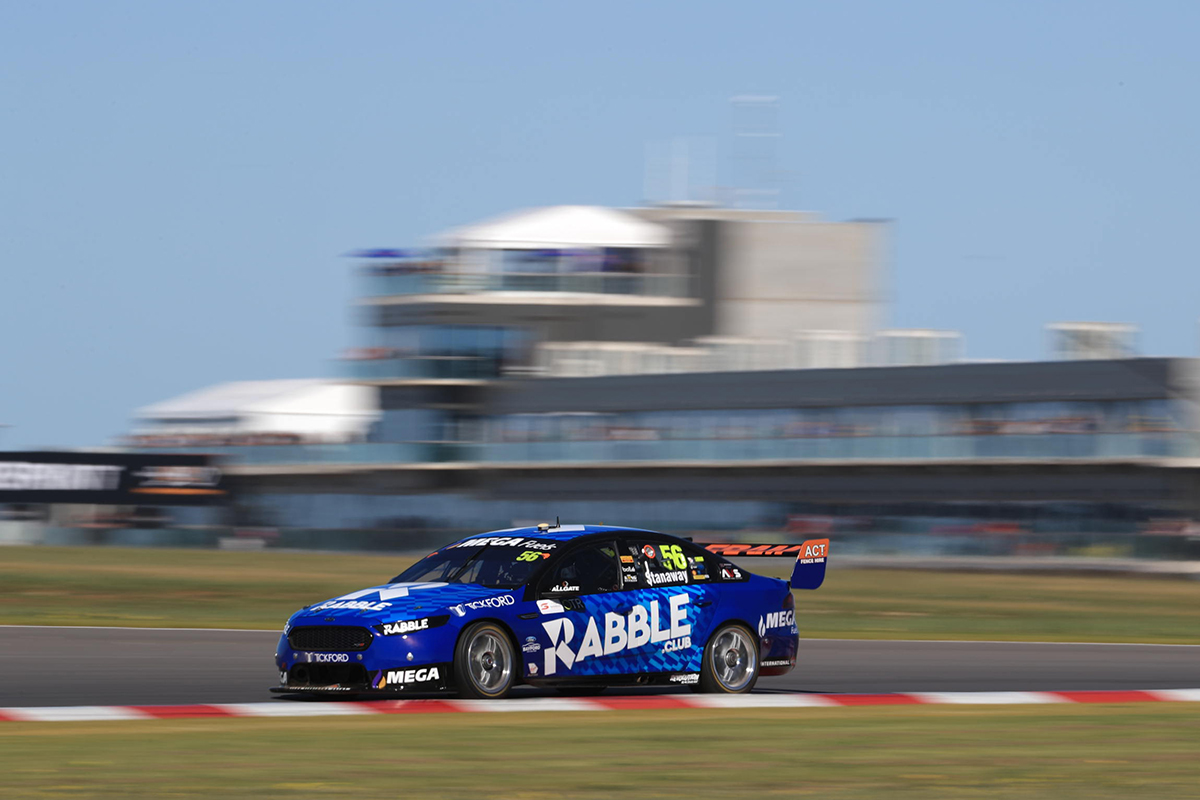 Tickford Racing's Richie Stanaway has been handed a Tailem Bend grid penalty that will carry over to next month's RABBLE.club Sandown 500.

The incident occurred as Stanaway rejoined the racing surface on the run to Turn 18, having gone off at the penultimate corner.

Stewards handed Stanaway a three-place grid penalty, but having qualified 27th in the 28-car field, only one of those can be served this afternoon.

As a result, the remaining two places will be carried over to the PIRTEK Enduro Cup opener, a race Stanaway won as a co-driver with Cameron Waters last year.

Stanaway will team up with Steve Owen, the defending Enduro Cup winner with Chaz Mostert, in this year's long-distance races.

"Following a review of Judicial Camera footage from Car #34, Car #56 was found to have left the circuit at the exit of Turn 17 and then carelessly rejoined on the racing line impeding Car #34 on the entry to Turn 18 in breach of Schedule B2 Article 2.1.1.

"Following an admission to the breach, the Stewards imposed a progressive 3 Grid Spot Penalty on Car #56 to be served from Race 23 onwards.

"As Car #56 qualified in 27th position for Race 23, 2 of the 3 Grid Spot penalties will carry over to the next Event and beyond [Sandown] if necessary."

2018 RABBLE.club Sandown 500  ›
Stay In The Know
Sign up to the Repco Supercars Championship Newsletter
We use cookies to ensure that we give you the best experience on our website. If you continue to use this site we will assume that you are happy with it.Ok