McLaughlin’s penultimate-lap move to defend the run of Lowndes up Watt Street after making a mistake at Newcastle’s Turn 1 led to contact between the pair and Lowndes with the wall.

A time penalty issued to McLaughlin cost the Shell V-Power Racing driver the 11th place he needed to win the title, falling to 18th, with Jamie Whincup snatching a seventh crown.

Following the pair on the road in his Freightliner Commodore, Slade could instantly see the damage that sent Lowndes around at high speed when he tried to brake for Turn 2.

“There was obviously overlap there and just looked as though Scotty ran him into the fence,” Slade said post-race of his vantage point.

“It looked pretty scary for Craig, because he pressed on and I knew, being behind, I could see in his car that something had broken from the impact with the wall.

“When he jumped on the brakes, the thing went around pretty quickly. 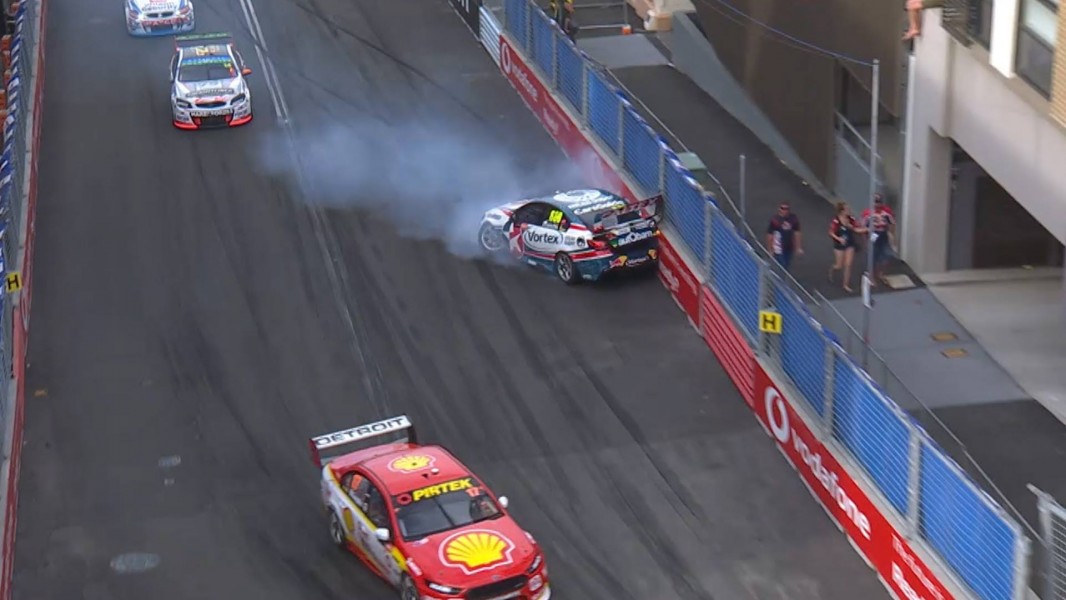 “It was good to see that he jumped out unscathed.”

Close friends with McLaughlin, Slade acknowledged that picking up three penalties and losing the title one day after winning to put himself in the box seat would be tough to take.

“It was all panning out to be a fairly perfect weekend for him,” he said.

“It was a horror run for him in the race. I know that he’d probably be kicking himself after that.

“I guess it’s a high-pressure game and things like that happen.”

Having finished third in the Saturday race, Slade was moving back through the order with Lowndes and Chaz Mostert after pitting for fresh tyres with 25 laps to go, under Safety Car conditions.

They rejoined at the base of the top 20, but made progress through a willing pack led until the closing stages by Garry Rogers Motorsport pair James Moffat and Garth Tander.

Slade, who fell to the back of the field after a clash with Cameron Waters during the second stint, picked up 11th with McLaughlin’s penalty. 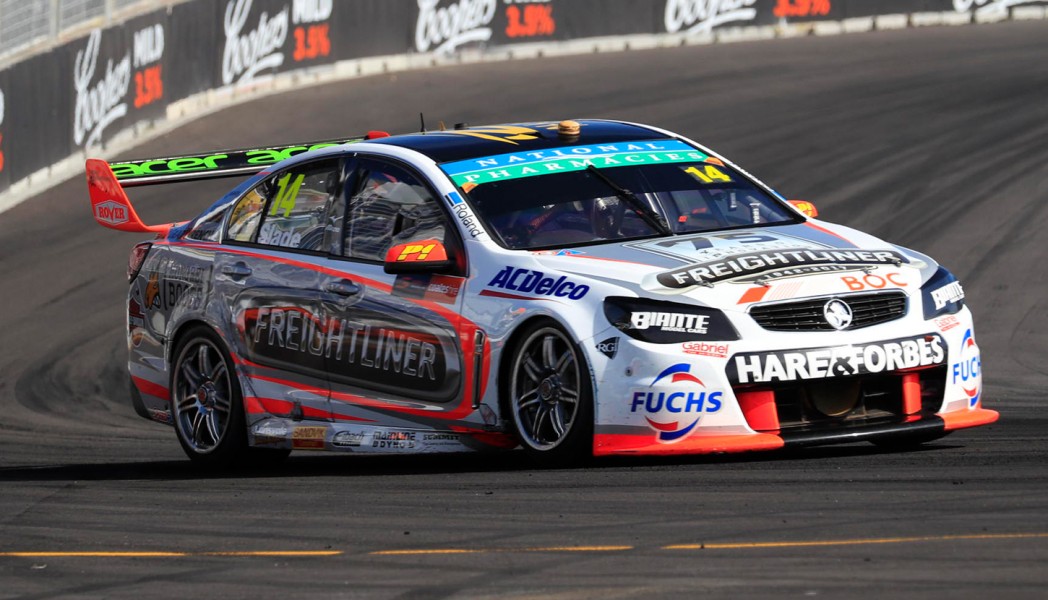 “You’re probably going to see a fair bit of that around a track that's hard to pass on,” Slade said of the action in the group.

“Any pass around [Newcastle], there’s either got to be a big tyre-quality difference and you don’t really see all that much because the strategies don’t vary that much and there’s not that much degradation because the surface is pretty decent.

“Some of my moves were a bit on the desperate side, but you just have to try to make it work after getting turned around early on and losing all of those positions.

“It was pretty chaotic in front, with Moff and Garth coming together at the last corner [starting the penultimate lap], I managed to miss that and round up them.”