Drivers got their first proper hitout in a 45-minute session on Australia's newest circuit.

The order was, unsurprisingly, spread out with usual practice programs exacerbated by the task of learning a new 4.95km circuit.

Drivers out of the top 10 included Craig Lowndes in 15th and Jamie Whincup and Scott McLaughlin in 17th and 18th.

Times dropped in big chunks from the very first timed lap, a 1:56.5257s from Fabian Coulthard, down into 1m52s efforts from Anton De Pasquale, Shane van Gisbergen and Rick Kelly and David Reynolds. 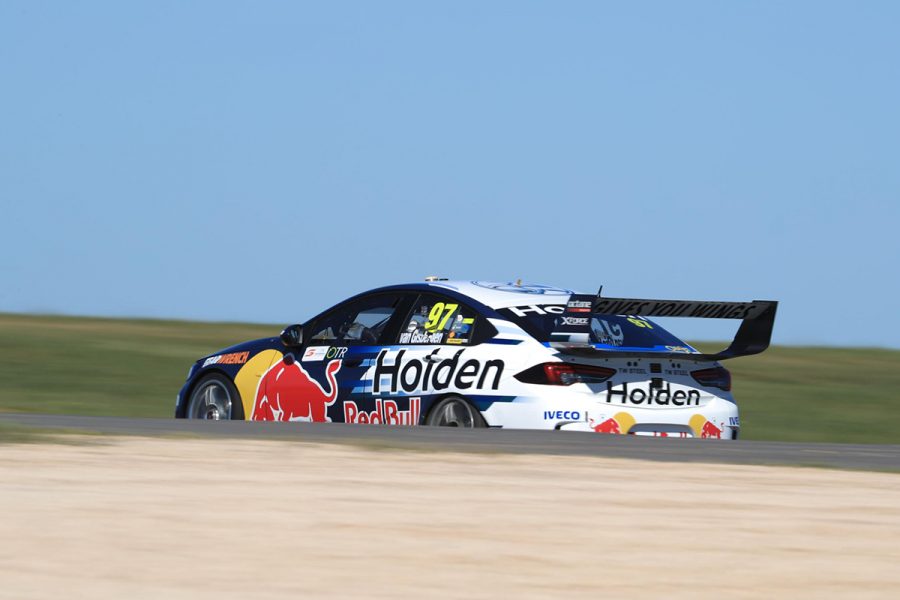 De Pasquale went eight tenths clear nearing the halfway mark with a 1:51.0955s, he and Kelly among the drivers to have attended a V8 Touring Car test at the track last week.

The Penrite Commodore stayed on top into the final five minutes, but his margin had been cut back to a more-routine 0.1937s by Chaz Mostert.

Slade then turned a 1:50.1395s to jump from 17th to first, going nearly a second clear of the field in his Freightliner Commodore.

Slade stayed on top, with Brad Jones Racing stablemate Tim Blanchard getting within three tenths with two minutes to go, before Caruso slotted into second.

“It’s only practice, but it’s cool to be able to top the first session here,” Slade said.

“I was hoping our cars would suit a circuit like this, they’ve tended to like the new surface, high-grip tracks in the past.

“We played around with some stuff and then put a better set of tyres on at the end and did that lap.

“It’s an interesting circuit. There were a couple of wobbly moments and I spun at one point.

“I think it’s just because of the new surface and the hard tyre as well, it doesn’t feel like it keys into the road all that well. It moves around quite a lot.”

Van Gisbergen and Reynolds took fourth and fifth, having both raced at the circuit in the Australian GT Championship in April.

Top rookie De Pasquale was sixth, with Garth Tander, Mostert and Coulthard rounding out the top 10 covered by 1.2048s.

“I’ve learnt a lot of new tracks in the last few years and when I was racing overseas I was always learning new tracks, I quite enjoy the challenge," De Pasquale said.

“The track is quite cool. It’s fun to drive, you’re hands on in the Supercar, but so far, so good."

Championship leader McLaughlin had the biggest of the early misadventures as drivers got to know The Bend.

McLaughlin lost the rear end of his Shell V-Power Racing Falcon through Turn 14, 13 minutes in, but was able to regroup from the run-off area without damage.

He was, though, 24th and 3.5s off the pace entering the final 15 minutes, one spot behind Jamie Whincup.

The 2017 title rivals both had minor offs, with Whincup ultimately shading McLaughlin to 17th place.

Just ahead of them, Lowndes in 15th and Richie Stanaway in 16th had their own wild moments in the final phase of the session. 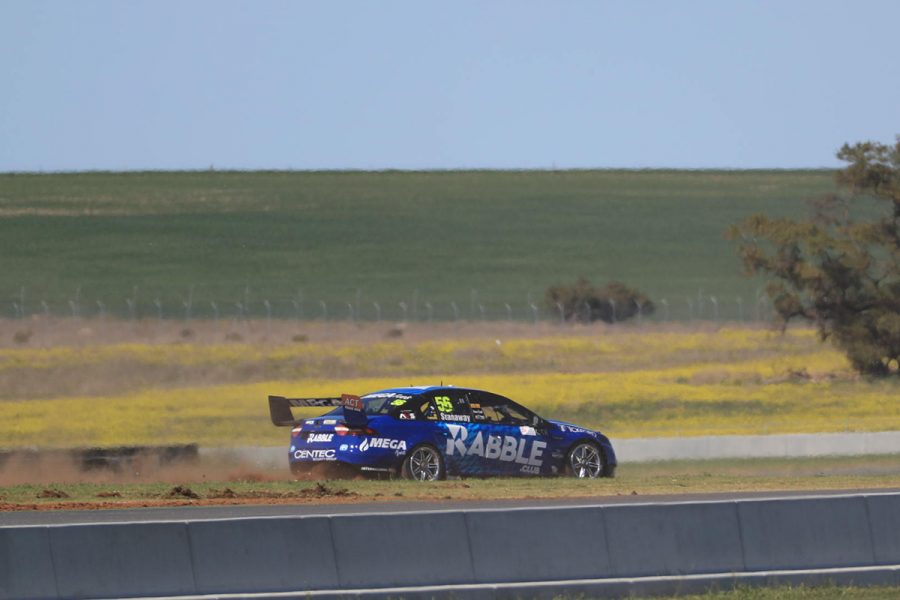 Matt Stone Racing is contesting its first event since a Ford-to-Holden switch, Todd Hazelwood 23rd in the Commodore he took to the 2017 Dunlop Super2 Series crown.

After his late PIRTEK Enduro Cup call-up, Jason Bright turned his first competitive laps of the year in a Supercar.

Preston Hire Racing gave regular Lee Holdsworth the first four laps and quarter of the session, before turning the Commodore over to Bright for the balance to finish 24th.

Nick Percat was limited to 10 laps and last place in his Mobil Commodore, which encountered gearbox problems and missed the end of the session.

“I did probably 10 minutes of running and then it was getting a bit weird on down-changes,” said Percat.

“Eventually you could push the gearstick back and forth and nothing happens, so I was parked up down at Turn 1.

“It’s disappointing. I don’t know where I’m going yet, we’re on the back foot massively, but we’ve got another session today and then tomorrow.”

Practice 2 for the OTR SuperSprint at the Bend starts at 3:05pm on Friday. 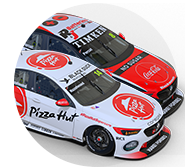