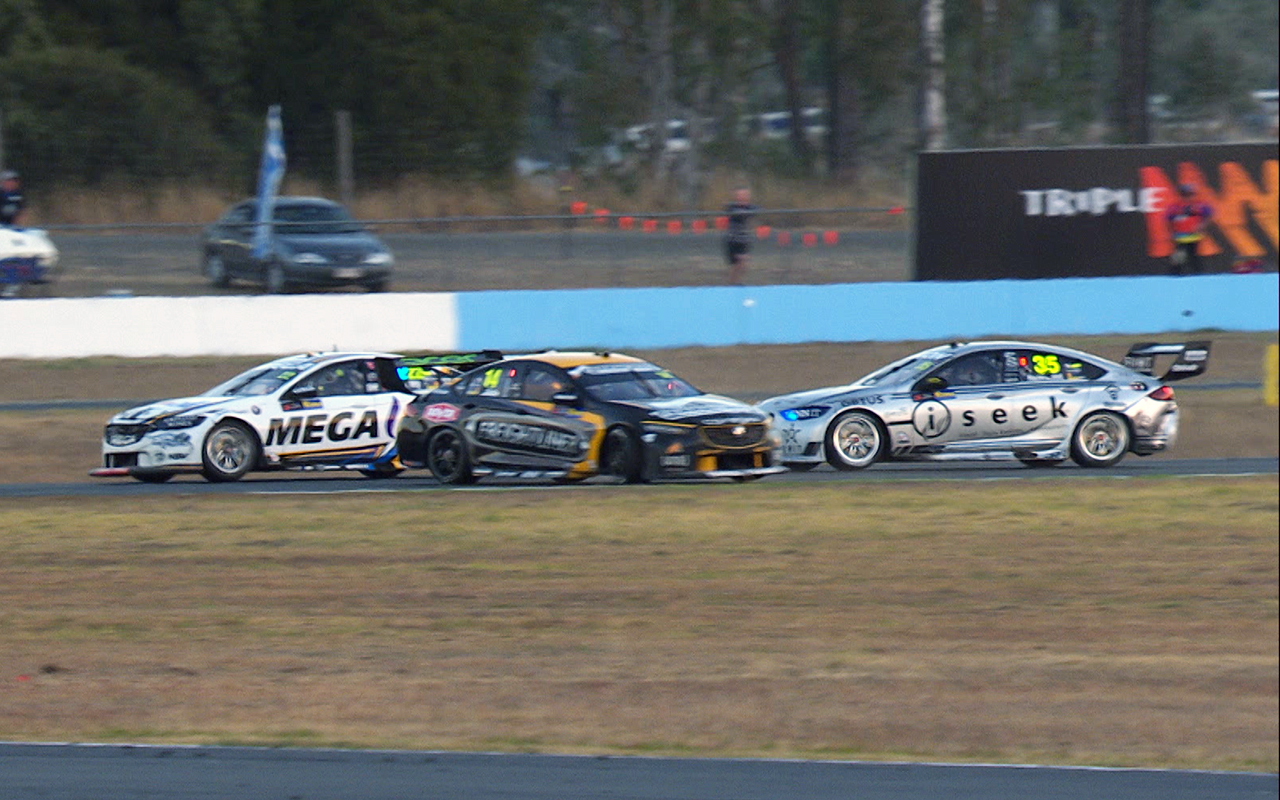 Tim Slade’s Holden had ‘conked out’ moments before he was spun by James Courtney on the penultimate lap of the Century Batteries Ipswich SuperSprint opener.

Slade was running ninth when he slowed on the run to Turn 4 on lap 38 of 39, allowing David Reynolds and Fabian Coulthard through.

The Freightliner Holden was then hit from behind at the exit of the corner by Courtney, spinning to the infield and into retirement.

Slade revealed post-race that his car had shut down, believed to have run out of fuel.

Several cars were marginal on fuel at the end of the race, which ran without a Safety Car intervention.

Slade had been one of the first to pit on lap 11, gaining track position and trying to hold on until the end.

“The car wasn't feeling too bad at the start of the race, so I said to Tony, my engineer, 'I think we can go sort of aggressive with the strategy and try and hold on at the end there’,” said Slade.

“It was all going to plan and then Andre [Heimgartner] and a few others had four laps of tyre on us, so I thought if I could just hold them out for a few laps, then hopefully they'll wear the edge off their tyres and we'll be right.

“It all went to plan and then I think there was some fluid leaking on the rear tyres, because I was having some random slides and then I got the fuel pressure alarm and we went to the reserve, and it still conked out.

“I lost power out of Turn 3 and then going through Turn 4 I tried to hold it narrow and pulled to the inside, and I don't know who hit me… but my thing was stopped.”

Having reviewed HawkEye footage and received information from Supercars Technical, officials elected to take no further action over the contact from Courtney.