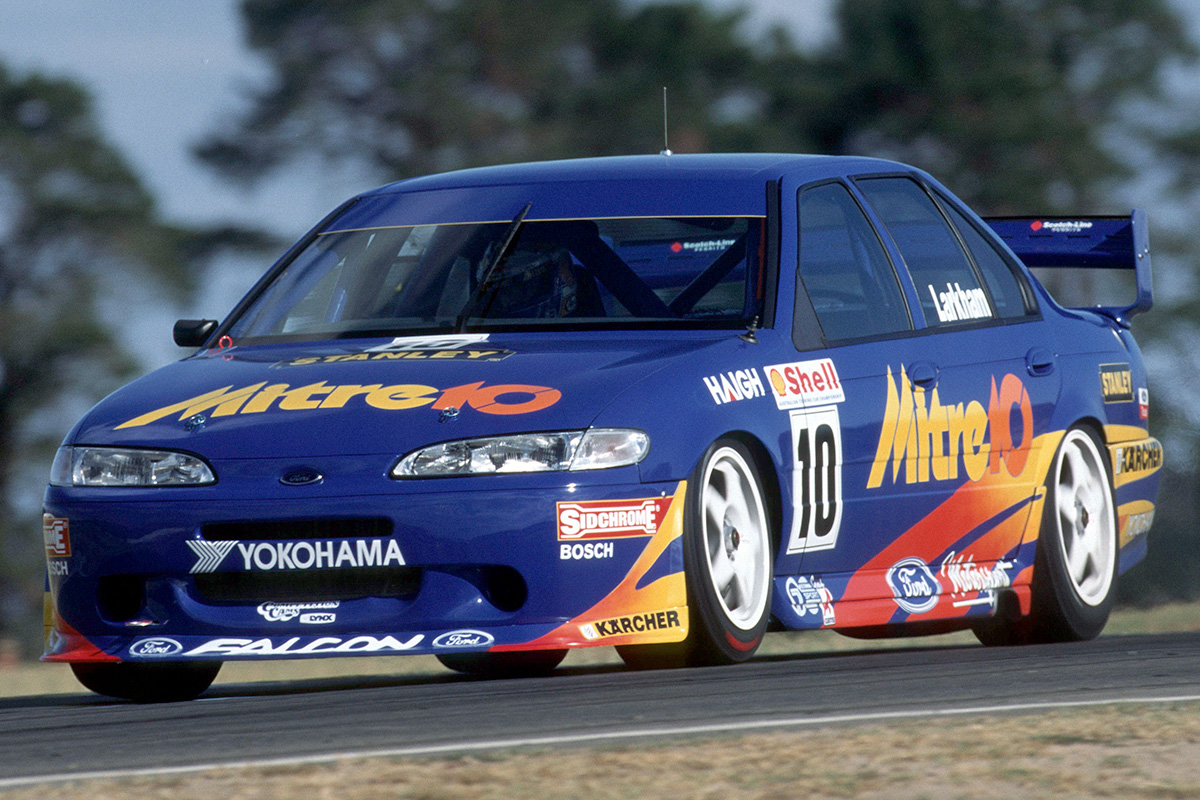 Mark Larkham says Mark Skaife offered input to try to sort the experimental Ford Falcon he entered Supercars with in 1995.

Now colleagues on Supercars broadcasts, Larkham and Skaife were rivals in the Formula Brabham open-wheel class in the early 1990s.

Skaife was already an established touring car racer and Bathurst winner at the time, with Gibson Motorsport.

That netted the double of the Australian Touring Car/Australian Drivers' Championships in 1992 and '93.

Larkham was runner-up to Skaife in those Formula Brabham seasons, before stepping up to the ATCC with his Larkham Motor Sport operation in 1995.

He did so with a Ford Falcon EF that defied many of the conventions of the class at the time, and initiatives such as a driver monocoque that later became the norm.

After missing the first two events, Larkham failed to crack the top 10 in the troubled Mitre 10 Ford in 1995 and did not finish Bathurst. 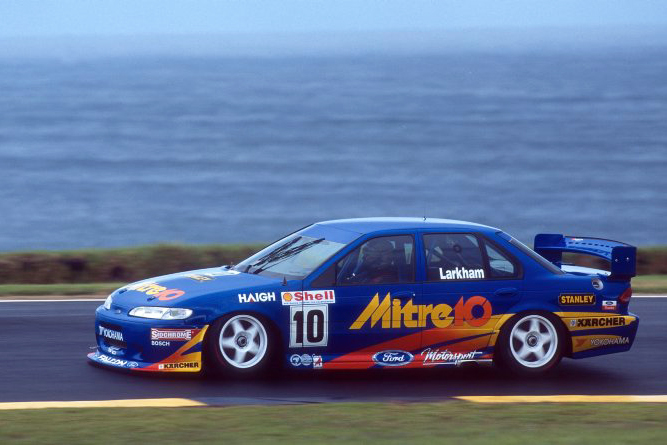 Help came from an unlikely source in a letter from Skaife, who at the time was racing a Gibson Motorsport Holden.

"I love Skaifey," Larkham said on the Rusty's Garage podcast.

"I think he's maligned sometimes in terms of fans, maybe because he was so hardcore. But what a good human being.

"I did find that letter recently, it was better than a letter.

"He felt for me, because we'd battled so hard in Formula Brabham and he enjoyed that competition and he could see I'd probably made some wrong decisions.

"I asked him for a little bit of help and seriously he drew diagrams of trailing-arm geometry, where he reckoned I should have my cambers, spring rates...

"All sorts of stuff with the best knowledge he had of the Falcon at that time, and just laid all of that out into probably a four-page document and sent it to me.

"If that doesn't say volumes for the guy, he knew I was no threat to him at that point in touring cars, but still. 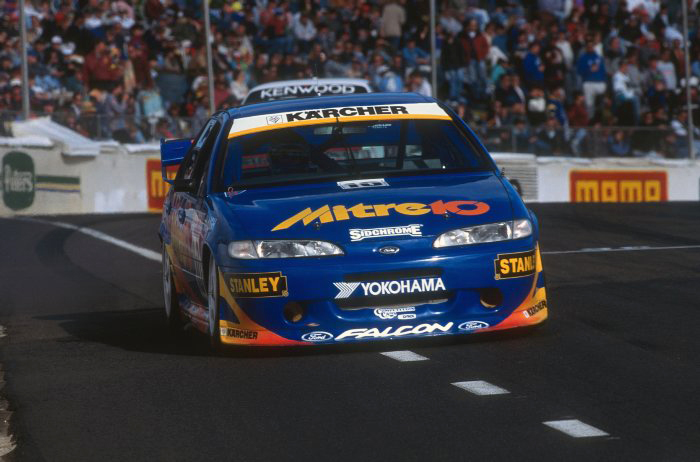 Larkham now readily admits building the car "was a mistake, I should have just gone and bought a Larry Perkins car and gone racing" for his fledgling Supercars outfit.

"It wasn't good," he added of driving the Falcon.

"It was way too fragile. When we first drove it, everything in it was so lightweight it was almost flexible."