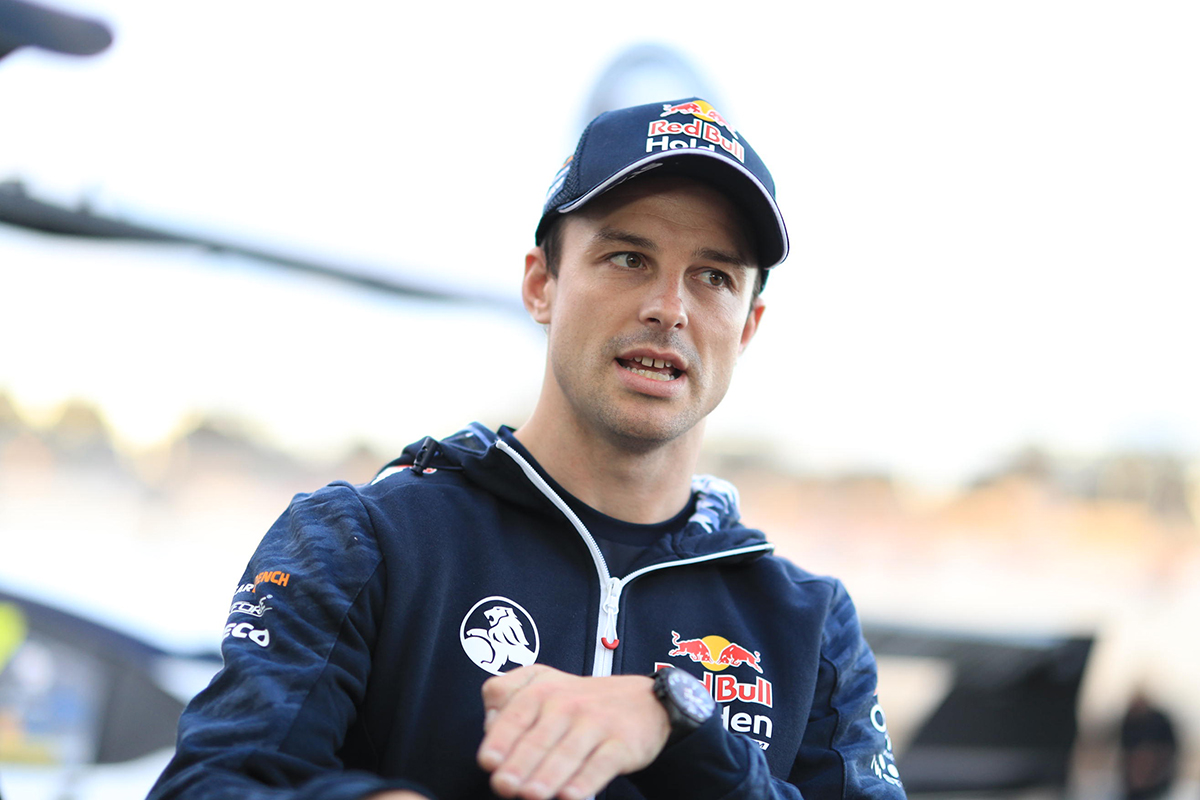 Two-time Le Mans winner Earl Bamber will today settle into the Red Bull Holden he’ll drive in the PIRTEK Enduro Cup, but it isn’t the Kiwi’s first taste of a Triple Eight Supercar.

The 27-year-old had an initial steer of a Triple Eight Holden at Winton in February, giving him a head start on preparations for his maiden Supercars foray.

Bamber is the latest high-profile yet left-field signing by the team to partner Shane van Gisbergen in the enduros.

Last year, van Gisbergen was teamed with young gun Matt Campbell, who was unable to return this season due to commitments with Porsche.

Bamber is also a Porsche factory driver, winning the Le Mans 24 Hour for the German marque in 2015 and ’17, before switching to its GT program this year following its exit from LMP1.

He raced at the Nurburgring 24 Hours just last weekend, and made a second consecutive appearance at the Bathurst 12 Hour in February in a bid to learn Mount Panorama.

Bamber has never driven at Sandown or the Gold Coast, though, and is keen to at least feel comfortable in the car before he gets to the Victorian venue.

This morning’s 30-minute session at Winton will build on the brief outing he had in February, driving the VF model Commodore Craig Lowndes raced in 2017. 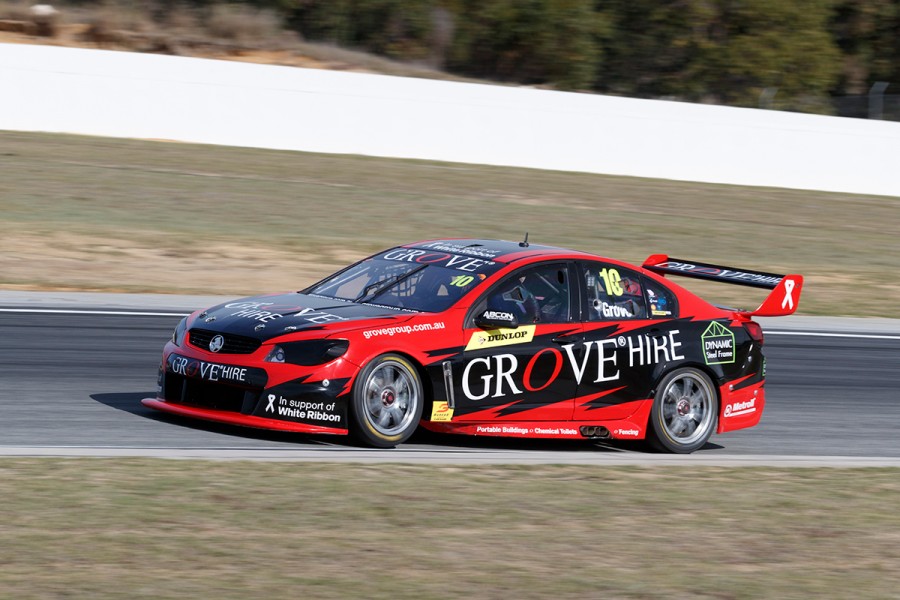 It is now run in the Dunlop Super2 Series by rookie Brenton Grove, above at Barbagallo earlier this month, whose father Stephen is a long-time supporter of Bamber.

“We didn’t do as many laps as we expected, but it was nice to have a steer,” Bamber told Supercars.com of the February laps, which formed part of Grove’s test day.

“They’ve been helping me since 2013, so it was nice to just do a few laps and get a bit of experience.

“Obviously it’s quite different conditions, it was very hot and now it’s super cold, but the more time you can get in these cars the better.

“The heat was quite a big thing when I drove [in February], but the car itself actually felt really good to drive.

“People say a lot of different things about what a Supercar goes like, but actually I was quite impressed.

“They have got good power, not bad mechanical grip and a good feeling in general. You enjoy driving it, it’s good fun.

“It’s quite a challenge to get your head around it. It’s not something you go quick in immediately, you need to really work at it, think about it and do your homework.

“It’s going to be the same going to Sandown, Bathurst and the Gold Coast. You need to be on your toes because everyone is at a super-high level.

“Even though it’s a local championship, all the guys are easily world class, you need to be right on your toes. That’s what makes it a challenge as well.”

“I went to the workshop to see everyone and had a sit in the car,” he said.

“I think Shane has changed the insert since then, but we somewhat fit, it’s just small little details. In terms of that it’s fairly simple. It’s just plug and play.

“It’s good to be here with the team this weekend, be a set of eyes and ears and just start the preparation for the end of the year.”

Spending the bulk of his career overseas, Bamber’s only previous brush with Supercars came in 2010, when he tested a Stone Brothers Racing BF-model Falcon at Queensland Raceway.

Today’s 30-minute additional driver practice session gets underway at 10:05am, followed by Practice 1 at 12:00pm, where the full-time drivers will get behind the wheel.