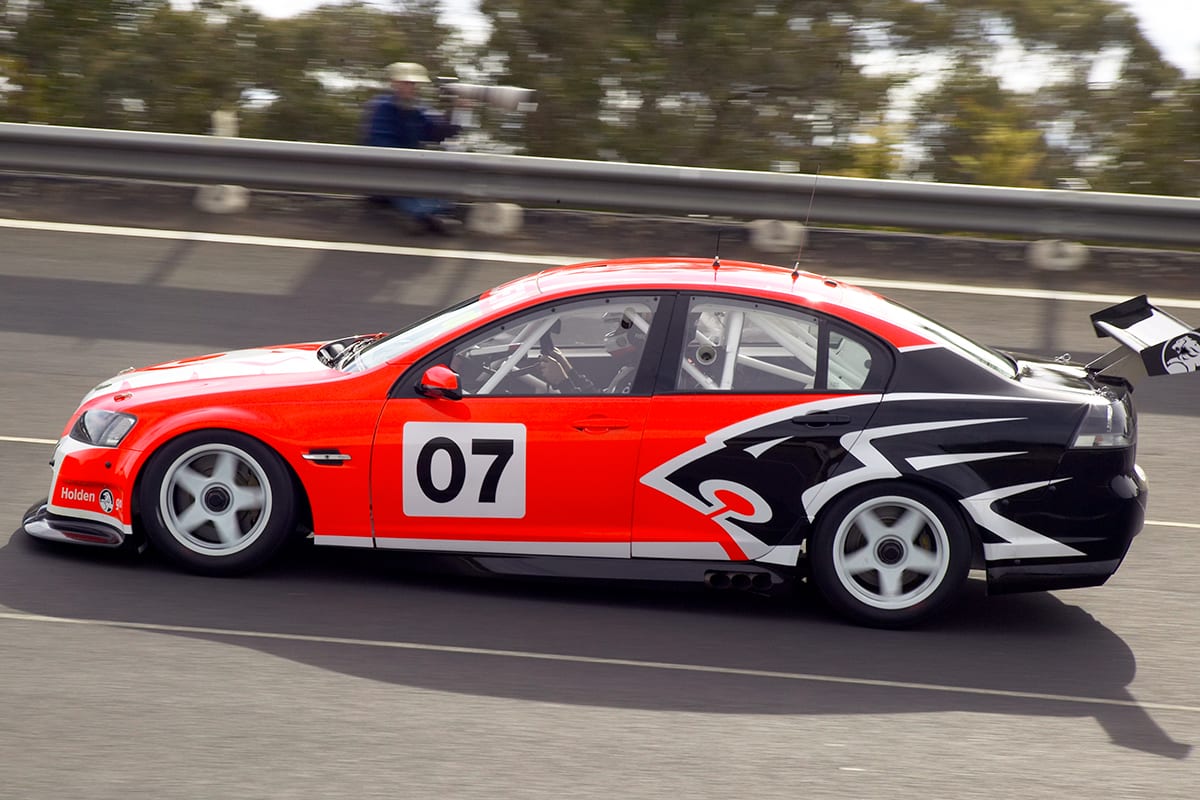 This week’s edition of Saturday Sleuthing is looking back at a car that marked a significant moment in Holden’s history as a car manufacturer and its rich heritage in the Supercars Championship.

Dubbed the ‘billion-dollar baby’ as a nod the project’s overall cost to General Motors, the VE model was the first – and, sadly, the last – entirely new Commodore road car to be designed and developed by Holden engineers in Australia, with initial design sketches beginning some seven years prior to its July 2006 release.

The Supercars version of the VE made its public debut several months later, chassis WR 001 doing the honours at Holden’s Lang Lang test track on October 24, 2006.

WR 001 served as the first physical prototype for the VE Supercar with all testing, development and evaluation work completed on this car prior to the model’s homologation for the 2007 season, the prototype then hitting the race track as Mark Skaife’s Holden Racing Team car for the start of the season.

Work on the race-version of the VE had begun in 2005, with Holden engineers carrying out preliminary concept work ahead of the first VE bodyshell arriving at Walkinshaw Performance in April 2006.

Turning the VE into a race car brought significant challenges compared to the VT-VX-VY-VZ series Commodores that immediately preceded it.

The VE was the first brand-new model from either Holden or Ford to be entered into the Supercars Championship since the introduction of ‘Project Blueprint’ for 2003, a series of technical measures to improve parity between the Commodore and the Falcon.

Although the engine, drivetrain and brake package was transferrable between the old and new Commodores, the VE’s physical size posed a problem: its increased length and height over its predecessor made it both too tall and too long to fit the ‘Project Blueprint’ template.

The solution was to cut 93 millimetres from the car’s wheelbase – a cut made in the body behind the B-pillar did the trick – plus taking 83 millimetres out of the car’s lower sill panel to bring the roofline down. 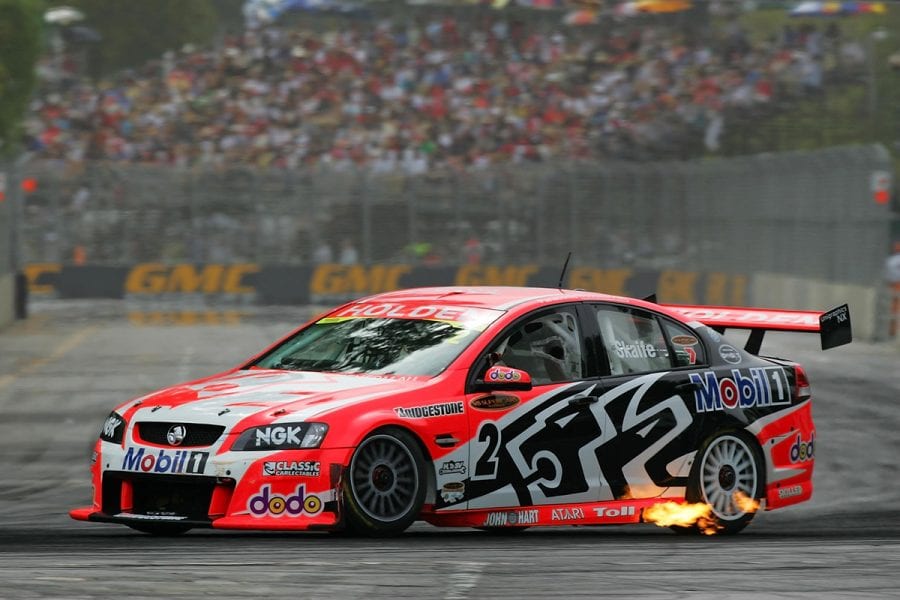 Compared to the road car, the VE race car had a new floor pan made from a mixture of OEM Holden and bespoke panels, along with shortened rear doors and roof panels, plus bespoke front guards – made for the first time in composite materials – that were narrower than the road car in order to allow the new Commodore to match the width of the Falcon.

The tight timeline to get the prototype built also makes for an unusual fact about WR 001 compared to subsequent Walkinshaw Racing VE Commodores: its roll cage is built from imperial-sized tubes, rather than metric!

“We had to rush this one out to get busy testing it,” Nic Jooste, then-manager of Walkinshaw’s fabrication department recalled. “The subsequent four chassis were built using metric chromoly.”

Completed in September 2006, Skaife and Todd Kelly gave WR 001 its first running in private at Lang Lang before preliminary aero testing at the Woomera rocket range, returning to the South Australian venue after the car’s public launch for its official aero homologation testing against a baseline Ford Falcon BA.

The car was then prepared for racing, Skaife taking the reins of WR 001 for the first four rounds of the 2007 championship.

Skaife topped the opening practice session of the year at the Clipsal 500 Adelaide, but ended up 17th on the grid after being knocked out in the second part of the three-leg qualifying session.

While the VE enjoyed a stunning debut at the Clipsal 500 Adelaide with Todd and brother Rick Kelly both taking wins in Walkinshaw Racing-built cars, Skaife moved steadily forward to be 14th in the first race and seventh in the second.

The next round at Barbagallo proved WR 001’s high point in Skaife’s hands, finishing on the podium for the round in third place and taking second in the final race of the weekend – one where he and eventual winner Garth Tander’s battle for the lead saw them pull out a margin of over 10 seconds on third-placed Rick Kelly!

Difficult weekends at Pukekohe and Winton followed before Skaife received a brand new car for Eastern Creek – which he immediately piloted to two race wins and the round win overall – while WR 001 reverted to spare car status across the four-car HRT and HSV Dealer Team fleet. 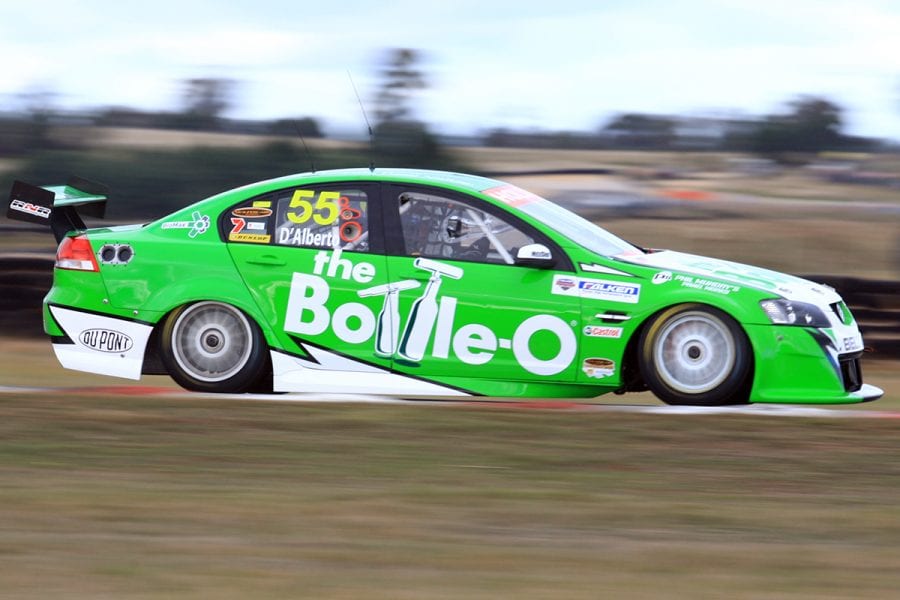 At the end of the season the car was sold to the D’Alberto family, who campaigned the car for the rest of its racing life.

The car served as Tony D’Alberto’s main game chassis throughout the 2008 and 2009 seasons in Bottle-O livery, running under Rod Nash’s Racing Entitlement’s Contract.

WR 001 continued to serve as D’Alberto’s ride through 2010 season, when the family struck out on its own with Tony D’Alberto Racing, and into the early rounds of 2011, before the team moved to a Ford Performance Racing-supplied Falcon.

This car remained with the team, moving into the Dunlop Series for the rest of the year with David Wall at the wheel, save for Townsville when Dale Wood replaced the injured Sydneysider.

A couple of Supercars Hall of Famers also drove this car in its time with the D’Albertos. 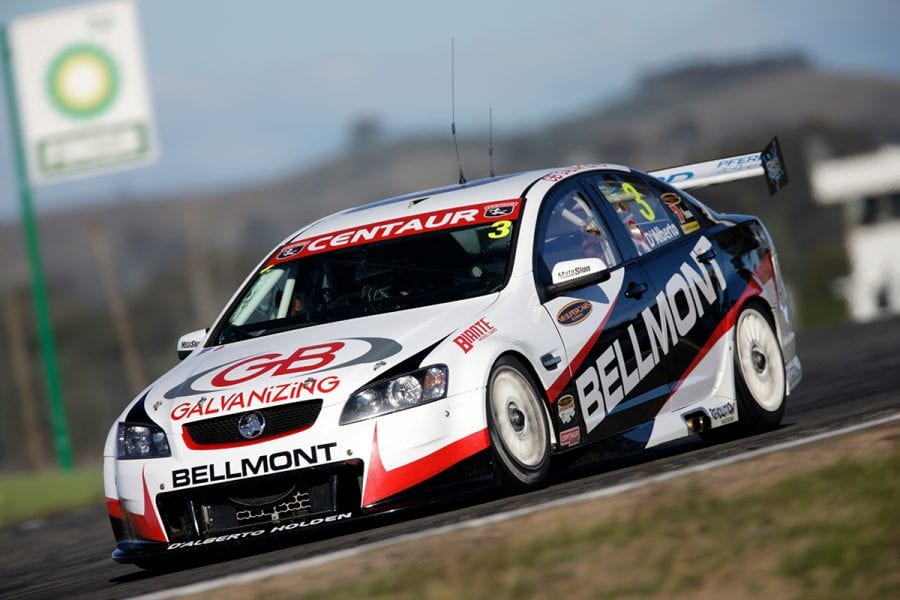 After pairing with Jason Bargwanna for the 2008 endurance races, Glenn Seton was scheduled to join D’Alberto in 2009 and actually drove this car in the co-driver’s session at Symmons Plains that year, but the pair parted ways soon after and Andrew Thompson received the call-up for Phillip Island and Bathurst.

John Bowe also turned laps in this car – his first aboard a Supercar since retiring from the championship at the end of 2007 – during a ride day at Sydney Motorsport Park in 2011.

The car was retained by the D’Albertos after its competitive life had ended, and was eventually returned to its original 2007 reveal livery and placed up for sale.

As reported by Supercars.com earlier this week, new owner Bradley Neill intends on returning the car to the specification and livery it was in when Skaife piloted it in its debut race at the 2007 Adelaide 500 livery.