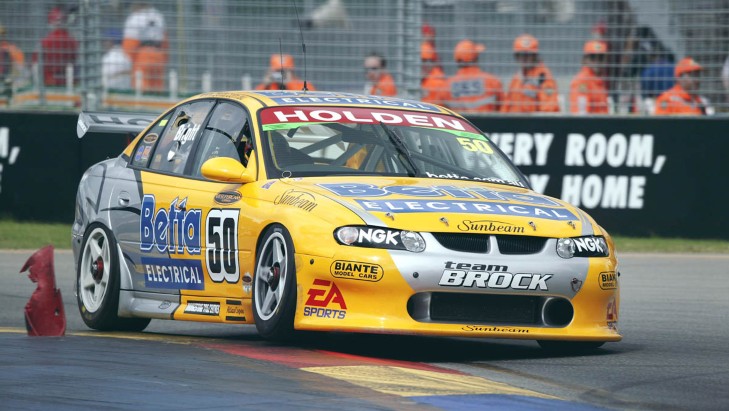 V8 Supercarsracing may only race on Australian and New Zealand soil at the moment but that doesn't mean it's not a big hit in all corners of the world.

There are plenty of keen race fans in Europe, America and other parts of the globe that have grown to love the V8 Supercars Championship.

But some of them, like Brit Alex Sidwell, take it to the extreme and to another completely different level - by buying an actual V8 Supercar to race in their homeland!

Sidwell races under the Holden Racing UK banner in England, competing in his ex-Jason Bright VY Commodore in Thunder Saloon racing in England.

He bought the car in early 2009 from the now defunct PWR Racing team and has raced it ever since in a range of categories.

To pay homage to the car's time with the PWR team he's even changed its livery this year to one similar to how the car raced in the hands of Bright and teammate Paul Well in the 2004 championship!

And Sidwell is even more committed when you consider he bought another V8 Supercar last year - an ex-Tasman Commodore VE formerly driven by Greg Murphy. 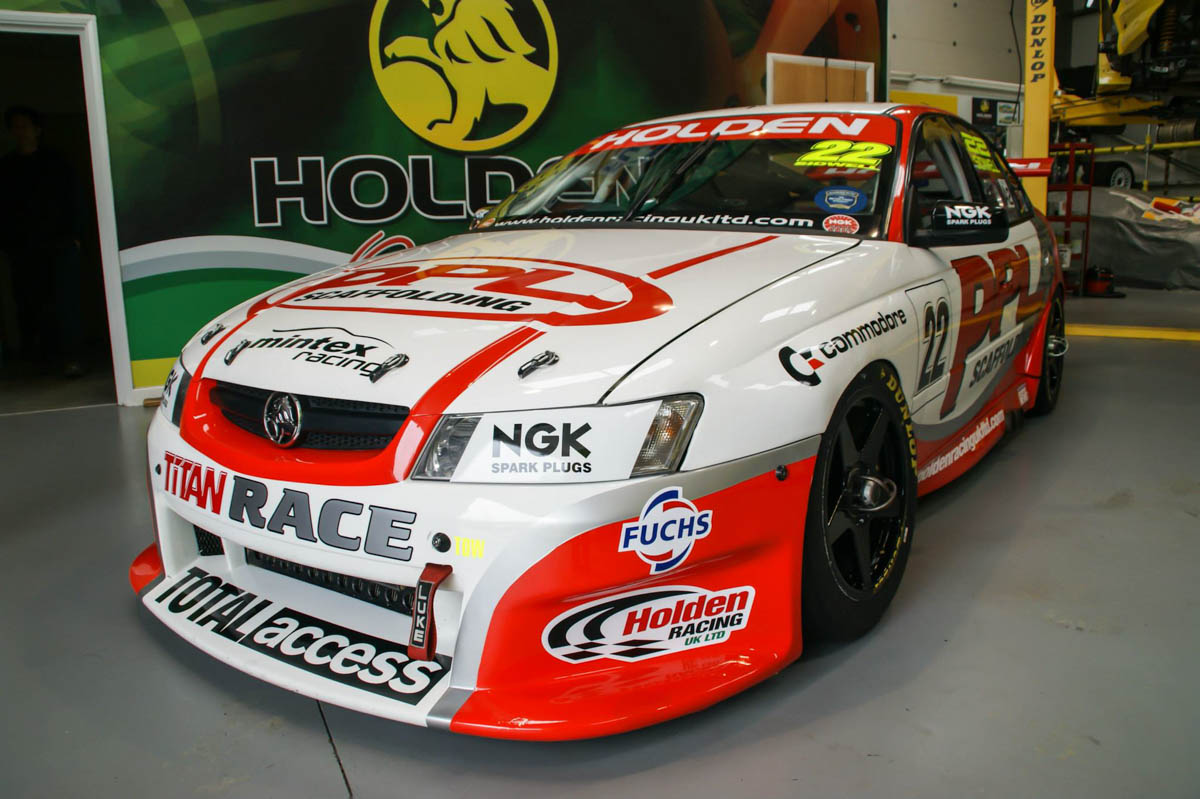 But just what is the car that he has on the other side of the world?

It originally started life as a Holden Racing Team VX Commodore, (chassis 047 to be exact) and was debuted with victory at Winton by Jason Bright in 2002.

It remained his car for the rest of the season, though many have overlooked the fact it became car #1 for the Queensland 500 where he and Mark Skaife teamed up before engine failure took them out of the running.

Bright and Tomas Mezera finished third onboard this car at Bathurst before Bright had his final start in it with HRT in the Sandown 'V8 Ultimate' grand final round.

While Bright moved across to the Kees Weel-owned Team Brock for 2003, he didn't do it without taking his car. Chassis 047 changed colours in the off-season and became a yellow and silver #50 entry backed by Betta Electrical.

Nine-time Bathurst winner Peter Brock was a consultant to the team that had the rights to use his name, though it was very much Weel's team - it was setup at the same Melbourne business park as HRT and Kmart Racing.

Because of the collapse of the Tom Walkinshaw Racing parent company of HRT, a range of dramas followed that included investigation into the ownership of each of the three teams based under the 'Holden Motorsport' banner on the same business park.

The result saw Bright's Team Brock crippled by being unable to test, however despite this he took pole in Adelaide and led the championship in the early stages before fading in the back half of the season.

Bright and Paul Weel drove this car for the Sandown and Bathurst enduros before Bright finished off the season in it and finished third in the championship, equaling his best pointscore result from 2001.

The chassis was converted to VY specification in the off-season and thus became a 'Project Blueprint' car for 2004 with the Falcon-styled double front wishbone suspension that had been adopted by the Holden competitors. 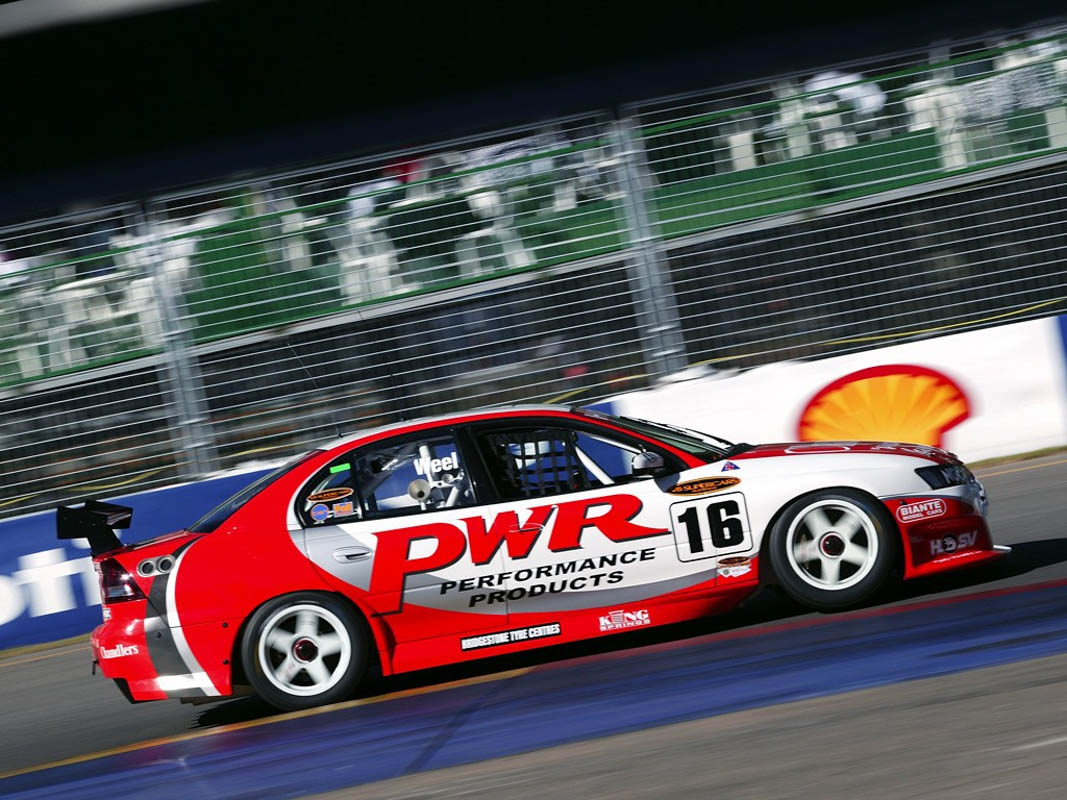 The car was passed to Paul Weel to drive as the #16 entry (adopting a generic PWR orange, white and silver livery that has been replicated by current owner Sidwell this year) and finished fourth in the season-opening Clipsal 500.

Weel drove it for the first part of the season in all of the single driver rounds before a sister car was pressed into action for the Sandown and Bathurst endurance races.

This chassis last competed with Weel at Oran Park and was due to then be fitted with the newer spec 'HMS' engine, but was pressed back into action for Bright at Symmons Plains and the Eastern Creek finale after his bone-crunching crash with Rick Kelly on the Gold Coast.

Bright departed the team at the end of 2004 and chassis 047 then became a spare for PWR Racing in 2005, which by that stage had a new naming rights backer in Supercheap Auto.

The team did a new engine deal with Perkins Engineering for 2005, moving away from the 'Clayton' supplied engines that had previously been used.

This car was the first fitted with a Perkins-supplied engine and returned to the track as the #50 Supercheap Auto car with Weel driving at Eastern Creek.

It remained the #50 entry for the rest of the season in the hands of Weel full-time though piloted by Nathan Pretty and Owen Kelly in the Sandown and Bathurst enduros.

The duo finished sixth at Bathurst in an impressive performance given they started from 34th! 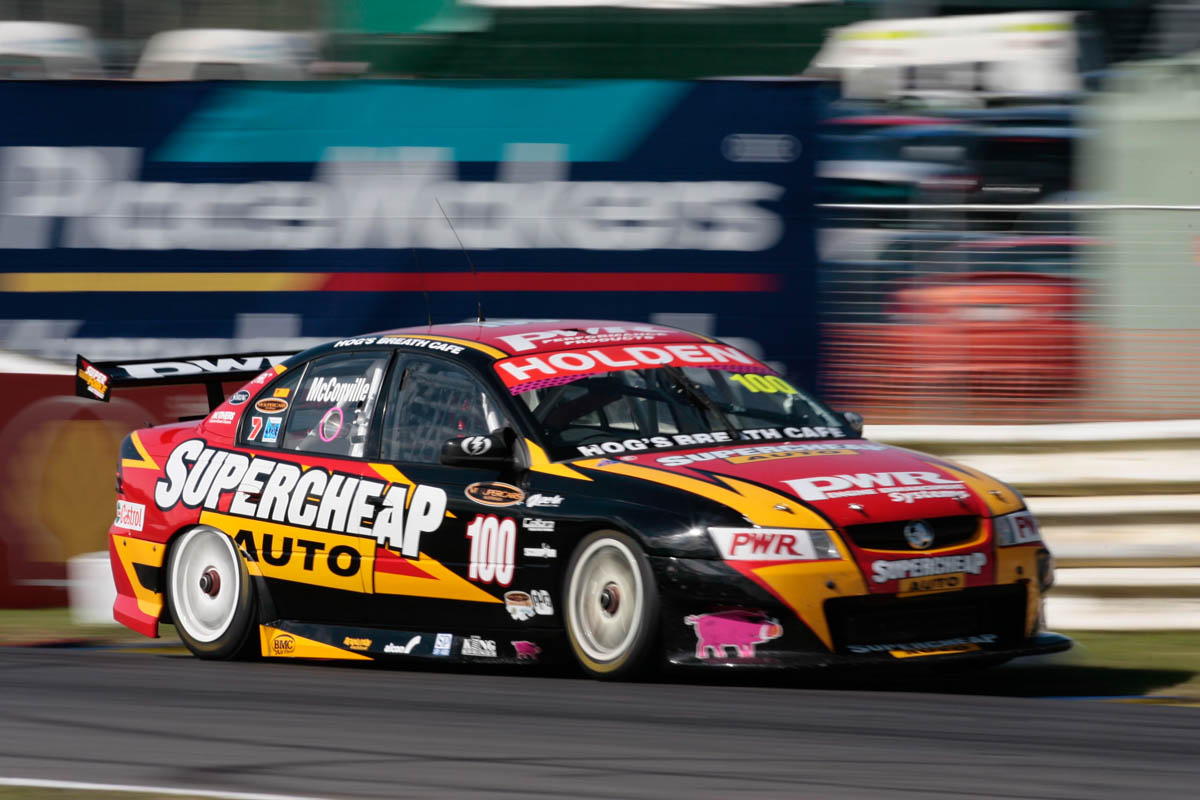 Cameron McConville replaced Weel in the #50 Supercheap Auto entry for the 2006 V8 Supercars Championship and chassis 047 reverted to being a spare car yet again.

But once more it was summoned back to active racing duty after McConville was involved in a large multi-car shunt on the Sunday at the Clipsal 500.

Thus, this car was wheeled out for McConville for the non-championship Albert Park event and he drove it for the rest of the season in the single driver rounds and Weel and Pretty ran it at Sandown and Bathurst.

The arrival of the new model VE Commodore in 2007 resulted in a range of Holden teams updating for the new season, however PWR Racing kept their VZs and '047' returned to the track at Pukekohe to help mark pilot McConville's 100th round start.

He raced it at Winton, Eastern Creek and Hidden Valley before finally debuting his new VE model.

That brought down the curtain on the car's long racing life in V8 Supercars and, unlike many of the cars no longer required by the top-tier of the sport, it didn't filter down into the Dunlop Series and sat idle in 2008.

Instead, Brit Alex Sidwell purchased the car in 2009 and took it to England, where it's captured plenty of attention ever since and helped prove that V8 Supercars are a hit all over the world.