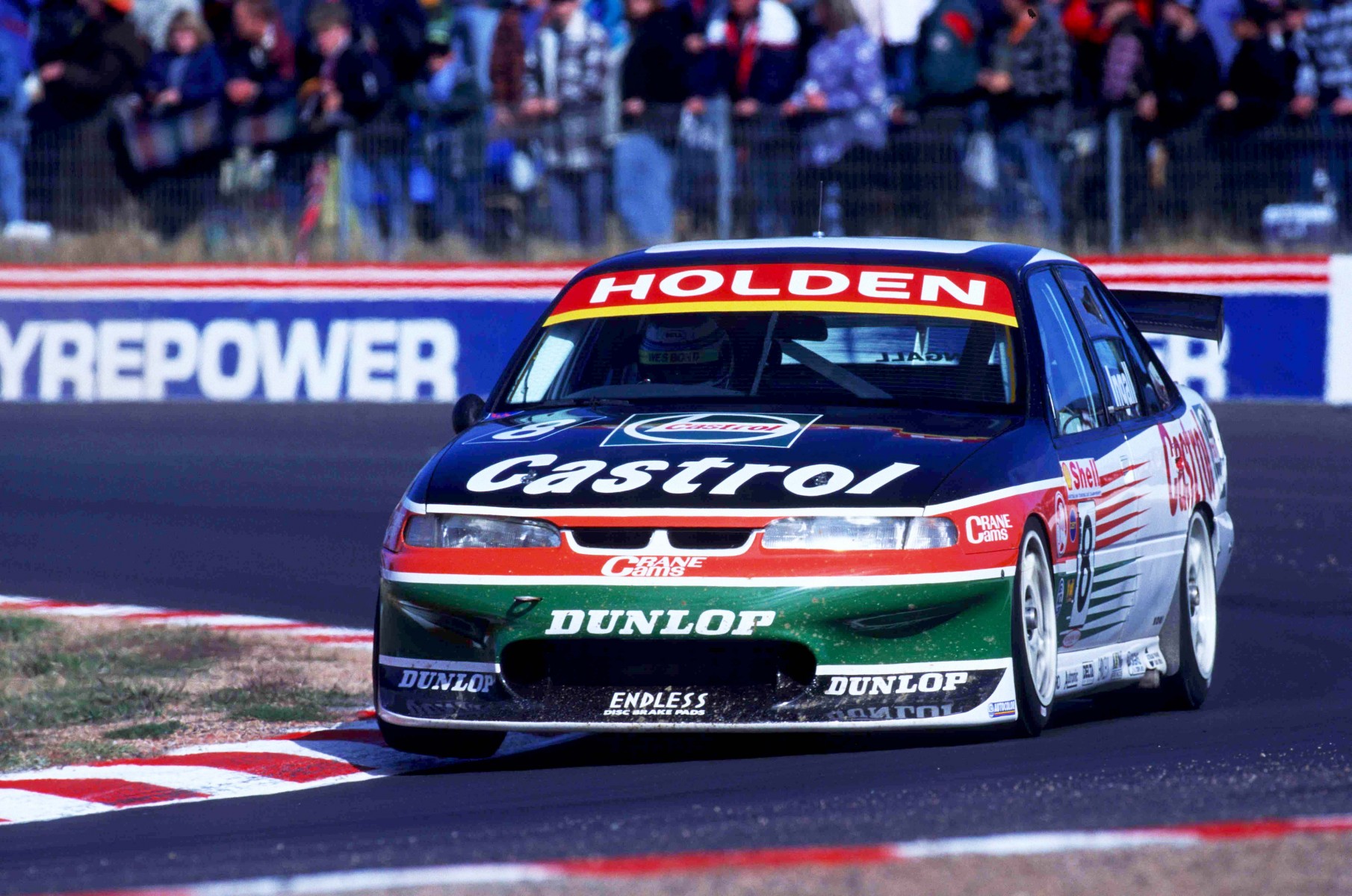 Next weekend Russell Ingall will be at the Winton SuperSprint in his television role with FOX Sports, but 20 years ago he was behind the wheel of the #8 Castrol Perkins Commodore on his way to leading home a team 1-2 finish with Larry Perkins at the same venue.

The Winton circuit didn’t hosted a round of the Australian Touring Car Championship in Ingall’s debut full-time season in 1996, meaning his ’97 success was, in fact, a debut victory.

He and teammate (and boss!) Perkins were dominant via the superiority of their Dunlop tyres, Perkins leading home Ingall in the first 15-lapper and Ingall leading home Perkins in each of the final two races to claim the round win.

So - just what happened to the car that Ingall used to win at Winton 20 years ago?

Actually, his Winton ’97 winning car had created all sorts of headlines the previous season. This car - PE (Perkins Engineering) chassis 029 was built new as a VR Commodore in 1996 and was debuted by Perkins as the #11 Castrol entry in the opening round at Eastern Creek under lights on the short circuit. 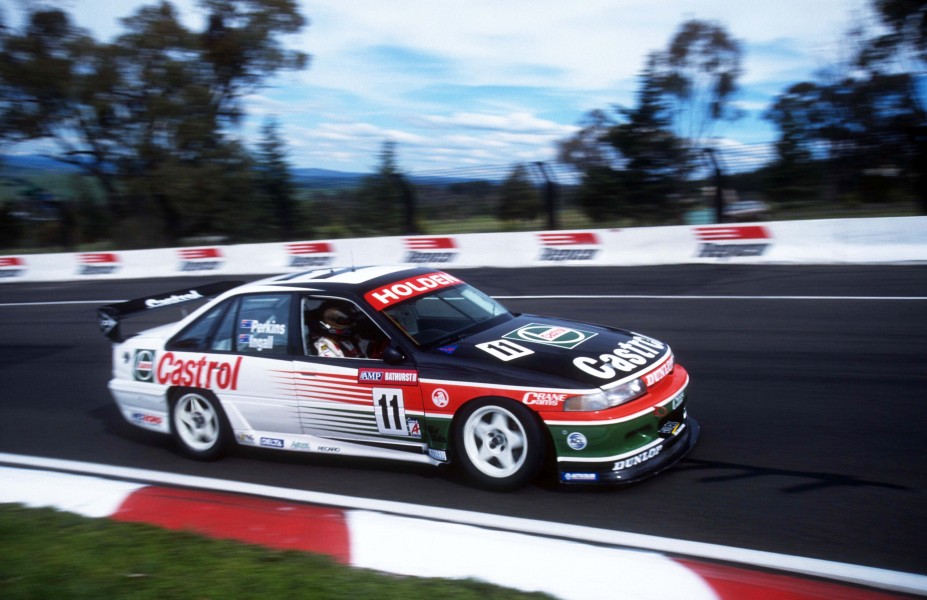 He drove it for the Australian Touring Car Championship portion of the season and then at the Sandown 500 with Russell Ingall.

However, frustrated at a parity change to the front spoiler of the VR Commodore in the wake of the Holden Racing Team’s domination of the season to that point, Perkins went ‘back to the future’ and re-skinned this car as a VP for Bathurst, creating a whole pile of headlines at the time!

Ingall spun the car and left it bunkered at Hell Corner, but the duo still finished in the top 10 before Perkins drove the car in the end of year races in New Zealand at Wellington and Pukekohe.

It was converted to VS specification for 1997 and driven by Perkins early in the year at Albert Park, Calder and Phillip Island before he ran a new car at Sandown.

Ingall then took this car over and drove it for the remainder of the ATCC - including taking the Winton round win - and finished third to Glenn Seton and John Bowe in the final championship pointscore aboard it come season’s end.

The car became #11 again for the Sandown 500 and Perkins/Ingall finished second before a new car was debuted and raced by the duo to victory at Bathurst.

Ingall retained PE 029 for the early part of 1998 and drove it for the majority of the ATCC before stepping into the team’s new VT for the final two rounds. So, again, 029 reverted to Perkins for the last few events. 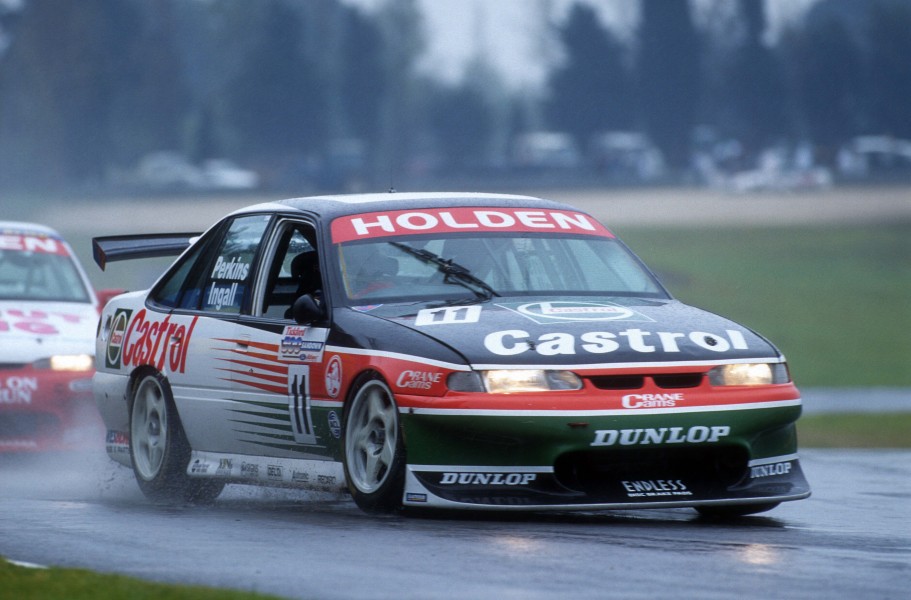 It was used by Dugal McDougall and Jason Wylie at the Sandown 500 - run by Perkins’ team - and we seem to remember that McDougall had bought this car to be run from the Perkins workshop in 1999.

But those plans went out the window and an alternative chassis was required after the non-championship Gold Coast event in October 1998 when Ingall was involved in a multi-car accident at one of the chicanes that severely damaged the car.

The team was using the older VS at Indy to protect its newer VT for Bathurst – a smart move in the end!

The shell was eventually repaired and purchased by then-Super2 Series driver Tim Rowse, who put running gear from his ex-Pro Duct VN/VP into it and raced it in what was then known as the Konica Series between 2001 and 2003.

He sold it around the 2007/2008 mark to Melbourne-based David Seckold, who drove it in some club events and track drive days in Victoria and sold it a few years ago. 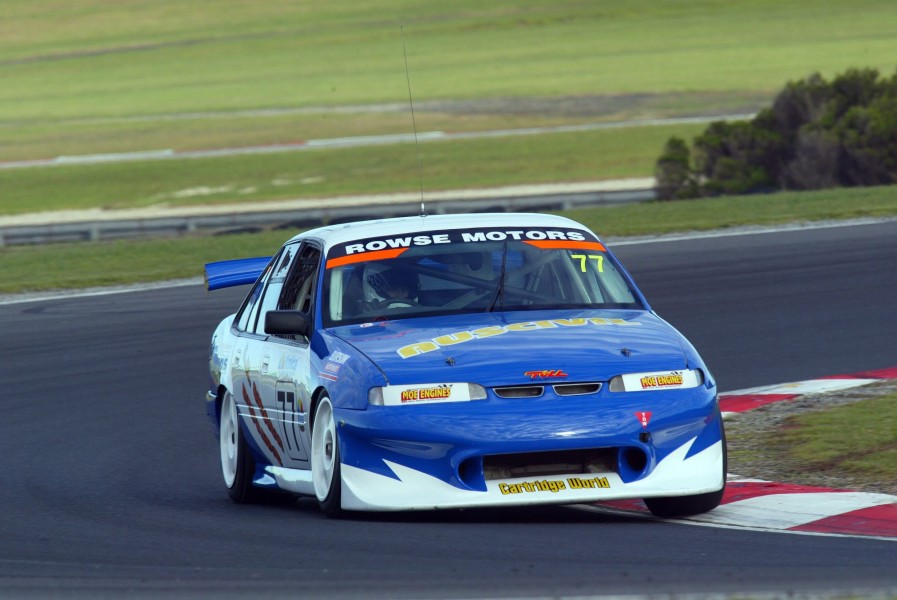 We understand this car has gone through a few hands in recent years and we’re of the belief it may well be intended that one day it will be restored to its #11 Castrol Perkins VP spec from the 1996 Bathurst race.

Our V8 Sleuth is always keeping his nose to the ground, so we’ll update you on its status in upcoming columns!

Saturday Sleuthing takes a break next weekend for the Winton SuperSprint but returns on Saturday May 27.

11/05/2017
Stay In The Know
Sign up to the Virgin Australia Supercars Championship Newsletter
We use cookies to ensure that we give you the best experience on our website. If you continue to use this site we will assume that you are happy with it.Ok