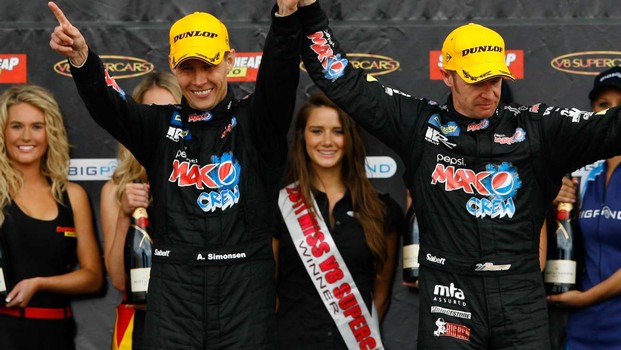 V8 Supercars and its teams are deeply saddened by the news overnight that long-time endurance driver, and great friend of the sport, Allan Simonsen had passed away.

Simonsen was an extremely popular driver within the Championship over many years. He was a regular at Sandown and Bathurst since 2003 and this year was due to drive with Brad Jones Racing’s David Wall in the endurance events.

V8 Supercars sends it condolences to the Simonsen family and the international racing community.

Jason Bright, who is driving at Le Mans said on Twitter this morning: “Gutted to hear that we have lost Allan Simonsen. It was a pleasure to spend time with him a few years ago at Bathurst.”

Will Davison: “There are simply no words sufficient for the loss of Allan Simonsen, just a great guy taken far too soon, thoughts and prayers to his family.”

Rick Kelly: “It was a pleasure to have known and worked with Allen. Still coming to terms with the loss of a great friend.”

James Courtney: “Devastated to hear from Le Mans that Allan Simonsen has passed away. I grew up racing with Allan and he was truly a great racer and great guy.”

Steve Johnson, who drove with Simonsen at Sandown and Bathurst last year said: “Distressing news this morning that my endurance co-driver last year Allan Simonsen has died at Le Mans. Can’t believe it.”

Jamie Whincup: “Thinking of Allan Simonsen and his family.”

Former Formula One champion Jenson Button also paid tribute to Simonsen, the McLaren driver posting on Twitter: "Allan Simonsen RIP.such a tragic loss. A true fighter & a true racer. Safety is something we need 2 improve on in Motorsport."

20/06/2013
Stay In The Know
Sign up to the Virgin Australia Supercars Championship Newsletter
We use cookies to ensure that we give you the best experience on our website. If you continue to use this site we will assume that you are happy with it.Ok