The Penrite Holden was eighth in regular qualifying and then the big mover in the single-lap dash, in which the top six were split by just 0.1068 seconds.

That group includes Shane van Gisbergen in third, but not McLaughlin, who reclaimed the points lead in Saturday's race.

McLaughlin and Jamie Whincup, second and third in the regular session on Sunday, both had their laps invalidated by kerb strikes.

They will start eighth and ninth, having crossed the beacons at the beach and first chicanes respectively.

“It was a mistake on my part. I wasn’t as hungry there yesterday and I tried a bit more and obviously overstepped the mark,” Saturday polesitter McLaughlin said.

“It’s disappointing because the car felt really good, but that’s good for the race.” 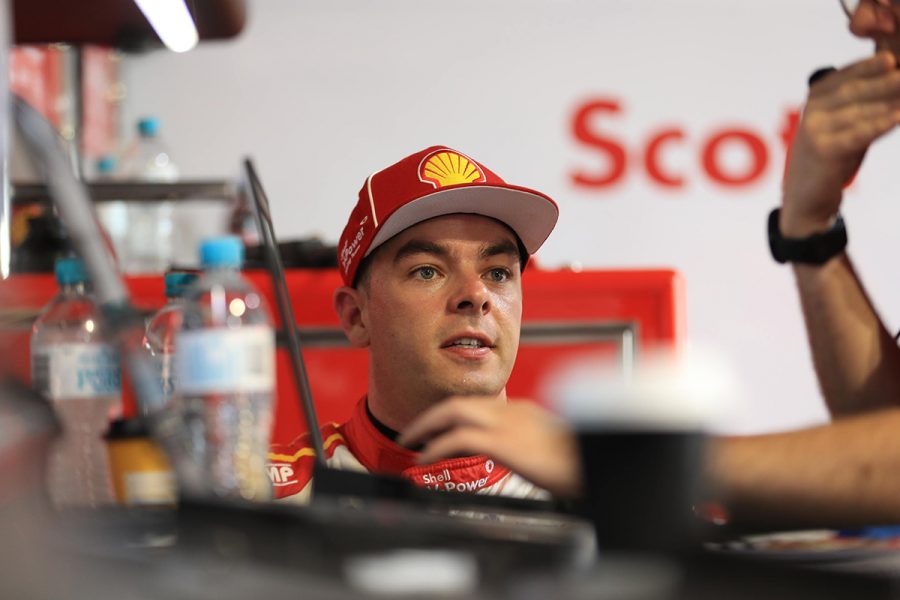 Reynolds was the third driver out, his 1:10.6976s proving tough to beat, including as Whincup and then McLaughlin used too much real estate at the chicanes.

Chaz Mostert and Craig Lowndes had got close, but all eyes were ultimately on provisional polesitter van Gisbergen.

With a 1:10.7148s, van Gisbergen fell just short, slotting in behind Reynolds and Mostert.

It is a fourth pole of 2018 for Reynolds, including for the other two enduros at Sandown and Bathurst.

“I was pretty nervous, we might have got a bit lucky there with a few kerb strikes,” he said.

“But I put a good lap together, I was 90 percent through Turn 1 and did a good job for the rest of the lap.

“The car in qualifying wasn’t the best, but we went back to the set-up we had yesterday and it transformed the car.”

Van Gisbergen and Lowndes will share the second row, the lead quartet covered by a scant 0.0394s.

“On the way out they said Scott and Jamie had a kerb hop and Shippy (engineer Grant McPherson) has a way with words, when he spoke it was simply just 'don’t stuff up'.

“So I under-drove like hell, I think we were the last car through the chicane, I just made sure I stayed within the lines and just did an average lap.

“It sucks, I wanted to go hard, but I put on a safe one and we’re in the hunt and that’s good.

“The sensors are the same for everyone, but you just don’t where they are.”

“I felt I was way too conservative through the beach chicane, but in the Shootout you have to do that and then try and make it up everywhere else,” Pye said.

Courtney had a minor lock-up into the final corner, but they were both still within 0.1068s of Reynolds, while Cameron Waters took seventh.

McLaughlin, Whincup - who battled steering problems in the provisional session - and Tim Slade will fill eighth through to 10th after kerb strikes.

Like McLaughlin, Slade's breach in the Freightliner Commodore came at the high-speed back chicane.

Outside the top 10, Fabian Coulthard and Lee Holdsworth will occupy 11th and 12th.

Lowndes and Richards are in the box seat to secure the three-event silverware.