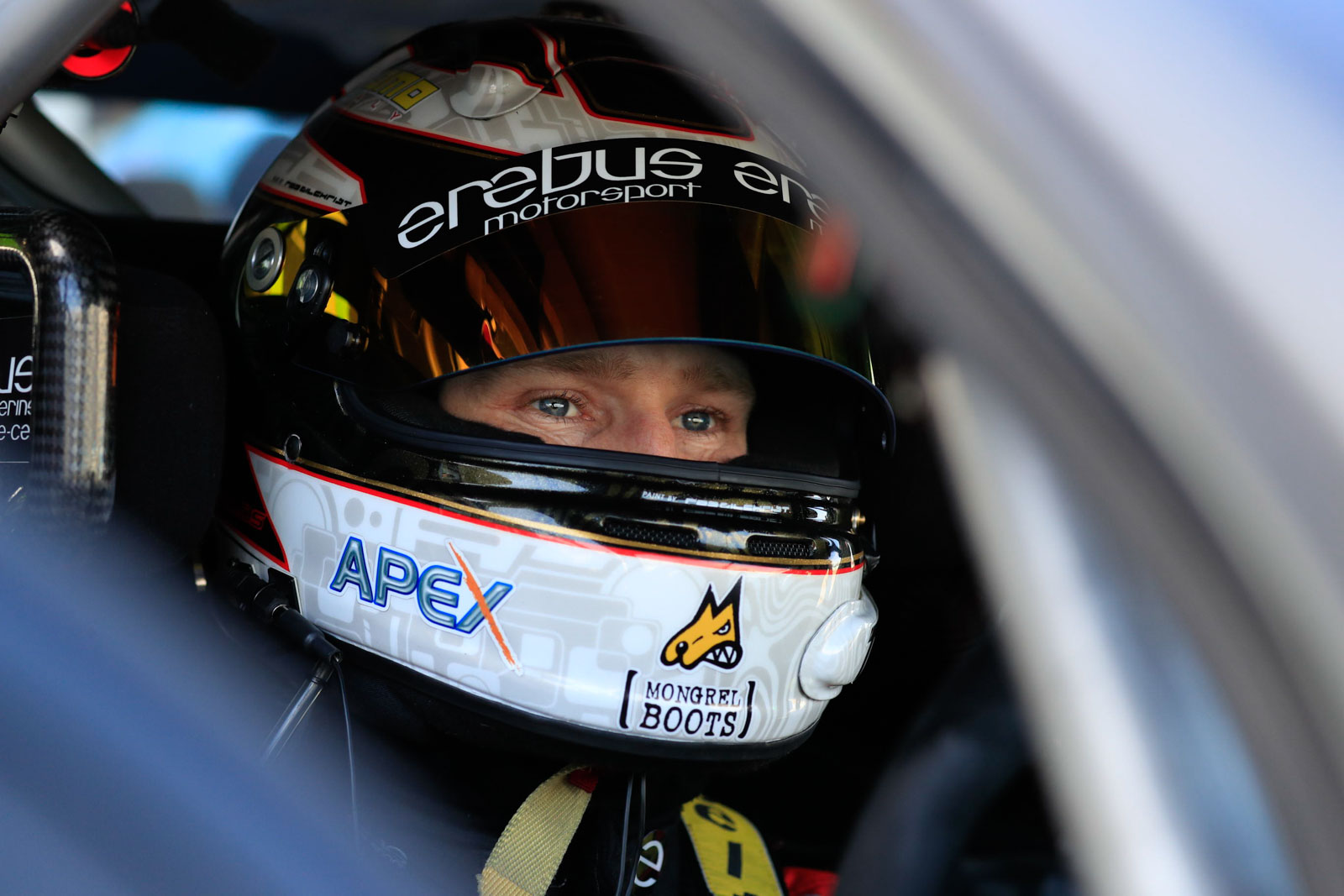 He featured prominently in last year’s silly season, but this time around David Reynolds says there’s no way he will be moving on in 2017.

The pit lane funny man and 2015 Bathurst pole sitter signed with Betty Klimenko’s Erebus Motorsport as a lifeline late last year and despite a bump in the road with the departure of teammate Aaren Russell, Reynolds insists he could not be happier.

The 31-year old has helped morph an ex-Walkinshaw Racing Commodore into his own Erebus machine with team boss and engineer Barry Ryan and has pulled some surprise results out of the bag, showing his talent this season.

While there have been some shock driver moves in recent years in Supercars, Reynolds declared he wouldn’t be one of them.

“I’m definitely here (next year) and if we can build a great team and have fun I will try and be here for as long as I can,” Reynolds told supercars.com.

“I’m a pretty loyal person myself – it’s just about who can we fit in the car #4 scenario, someone who can really guide our team to the top.

“We need someone with experience who can help me and help us grow.”

Reynolds says he will play a part in helping determine who steps into the team to fill Russell’s seat, after his co-driver and experienced campaigned Craig Baird took the wheel at Queensland Raceway on the weekend.

“Absolutely – the person we choose has to work with me as closely as we can, we’ve got to drive this team to the front,” Reynolds said.

“I’m not going to try and work against the person we choose, I need someone who can help.”

Erebus is yet to decide who it will run at Sydney Motorsport Park in a month’s time, with its current focus on moving factories in Melbourne.

Baird could be a possibility again, with car #4 co-driver Shae Davies another name that has been mentioned.

The enduros will be more challenging to fill with talented non full-timers already locked in to other teams as co-drivers.

Reynolds was pleased for Baird to have had some valuable seat time over the weekend, with the 46-year old stand-in explaining how much he had to learn just to drive the Supercar.

“He needs the miles,” Reynolds said.

“He hasn’t driven the car yet this year, so it was really good to have him in the car. It’s just another set of eyes – he’s a really experienced person, and sees how everything mixes in.

“He’s given us his input on the car, which is exactly the same as me, just with different wording.

“He’s going to be really good for the enduros after doing this round.”

With a young, newly formed crew this year and no data from previous seasons, it’s extremely challenging for Reynolds – but he thrives on that and is determined to help lift the team and results in the second half of the year.

He is currently 17th in the Championship with a best result of fifth at the Clipsal 500 on Sunday in 2016.

“Erebus has been a bit of a change of scenery, change of pace but I really, really enjoy this team,” Reynolds said.

“I’ve never been in this position before, I’ve never been given this much responsibility and this amount of input into a team, so I’m loving it. I’m really enjoying it.”