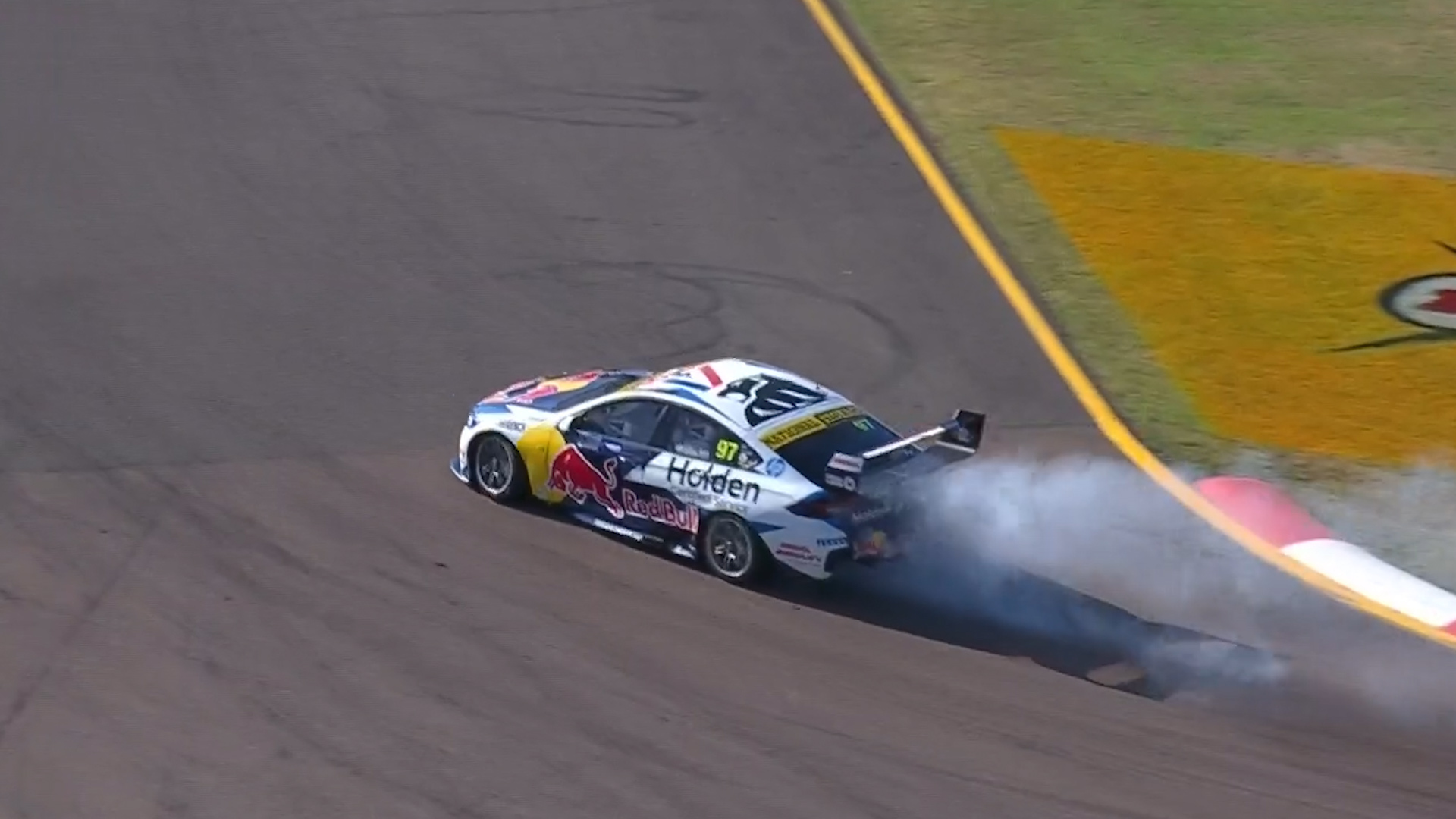 A week ago, Jamie Whincup romped to two ARMOR ALL Poles and two race wins, on a circuit that has traditionally been one of the Queensland-based team’s strongest.

The seven-time champion today though lost ground in the title fight with Scott McLaughlin, finishing fourth while his Ford rival dominated.

Whincup had been second to McLaughlin in Q2 but his day became a whole lot more difficult when a mistake in the Top 10 Shootout left him starting seventh.

While he made two places off the start, progress from there proved difficult as his Red Bull Commodore proved to have lost its edge from last weekend. 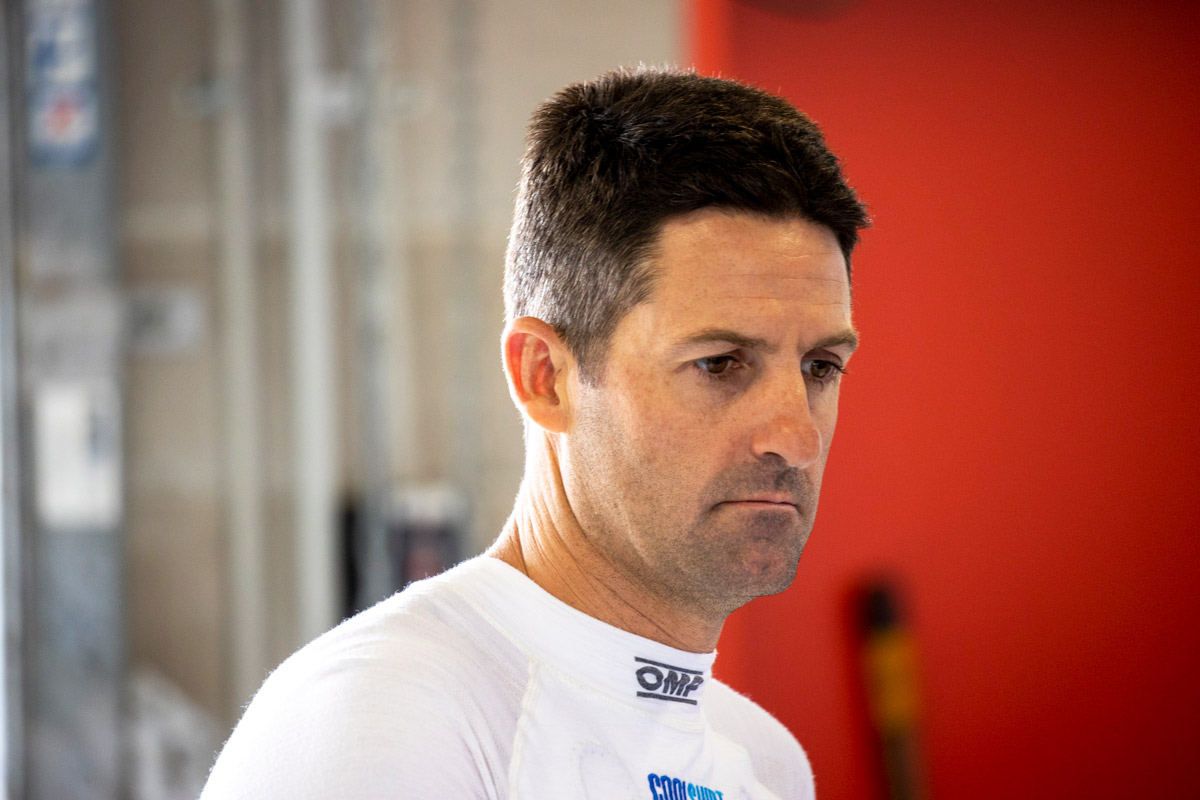 “We gave ourselves every opportunity and DC [David Cauchi, #88 race engineer] gave us an aggressive strategy to get us out in front of Chaz [Mostert] and Cam [Waters], but we didn’t quite have the car pace and balance today.

“I’m not too disappointed with a P4 result but the fact that we weren’t as quick as last weekend and a failure for car #97 is a real let down for the team.

“We’ll go over the data tonight, have a good sleep, have a couple of Red Bulls in the morning and see if we can do a better job for another day of back-to-back racing.”

Van Gisbergen had qualified second and held that position off the start, before the steering issue struck midway through while leading and yet to pit.

While the team immediately pitted the car and changed to a bigger steering wheel to help van Gisbergen muscle the car around, officials issued a black-flag, and he was forced to retire. 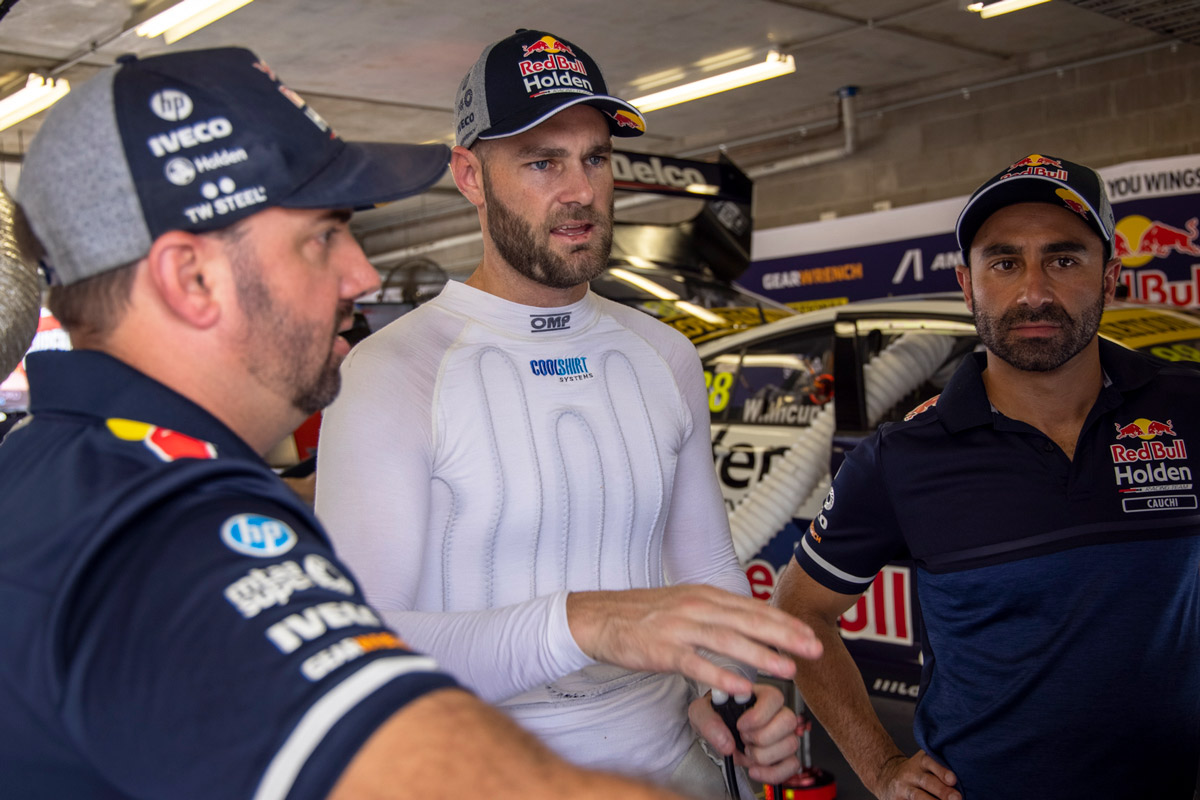 “I made a little mistake in the shootout which wasn’t enough to cost us pole but I managed to keep second which was great,” van Gisbergen reflected.

“The race was going well, and the car felt good.

“I’m not too sure what our strategy was but unfortunately I didn’t get the chance to find out; the power steering let go at turn 10 so we were lucky not to end up with a damaged car, but hopefully we can fix the power steering rack for tomorrow’s two races.”