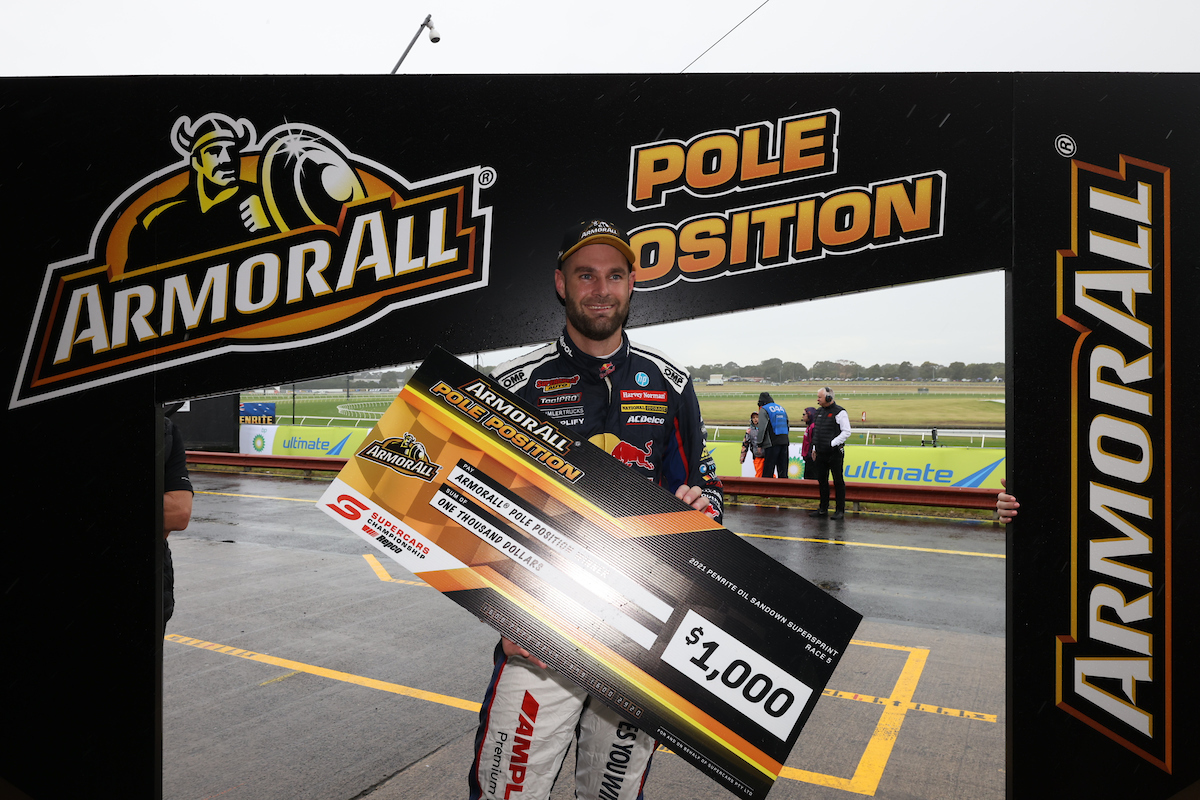 A day after a recording a stunning 17th-to-first performance in Race 3, van Gisbergen mastered the wet conditions to clinch his 34th and 35th career pole positions.

The 10-minute sessions were dominated by Red Bull Ampol Racing, with Jamie Whincup second in both hit-outs.

The Race 4 ARMOR All Qualifying session was red-flagged just three minutes in after Jake Kostecki speared into the Turn 1 sand.

The rain intensified once the session resumed, with Jamie Whincup clocking the quickest time.

However, van Gisbergen lowered the marker to a 1:18.327s and firmed for pole.

As he returned to Turn 2, the #97 Commodore snapped sideways and skated across the Turn 3 kerb.

The car fell short of the outside barrier, but van Gisbergen was forced to wait for traffic to pass before he could safely return to the circuit.

All the while, rivals came and went, failing to displace van Gisbergen, with Whincup sealing an all Red Bull Ampol front row.

The rain remained for Race 5 qualifying, which commenced 10 minutes later.

Heimgartner proved quickest of the opening runs, before van Gisbergen lowered the marker to a 1:18.606s.

Davison slotted into third behind the #7 NED Whisky-backed Mustang, before Whincup closed the gap to his teammate to again form a Red Bull Ampol front row, albeit ahead of the final runs.

Van Gisbergen lowered the marker to a 1:18.0065s, with the Kiwi putting over three tenths on Whincup.

Davison remained third, four tenths down, with David Reynolds to line up fourth for his 350th championship race start.

Heimgartner was fifth, one place behind his Kelly Grove Racing teammate, with Mark Winterbottom continuing his weekend form with sixth. 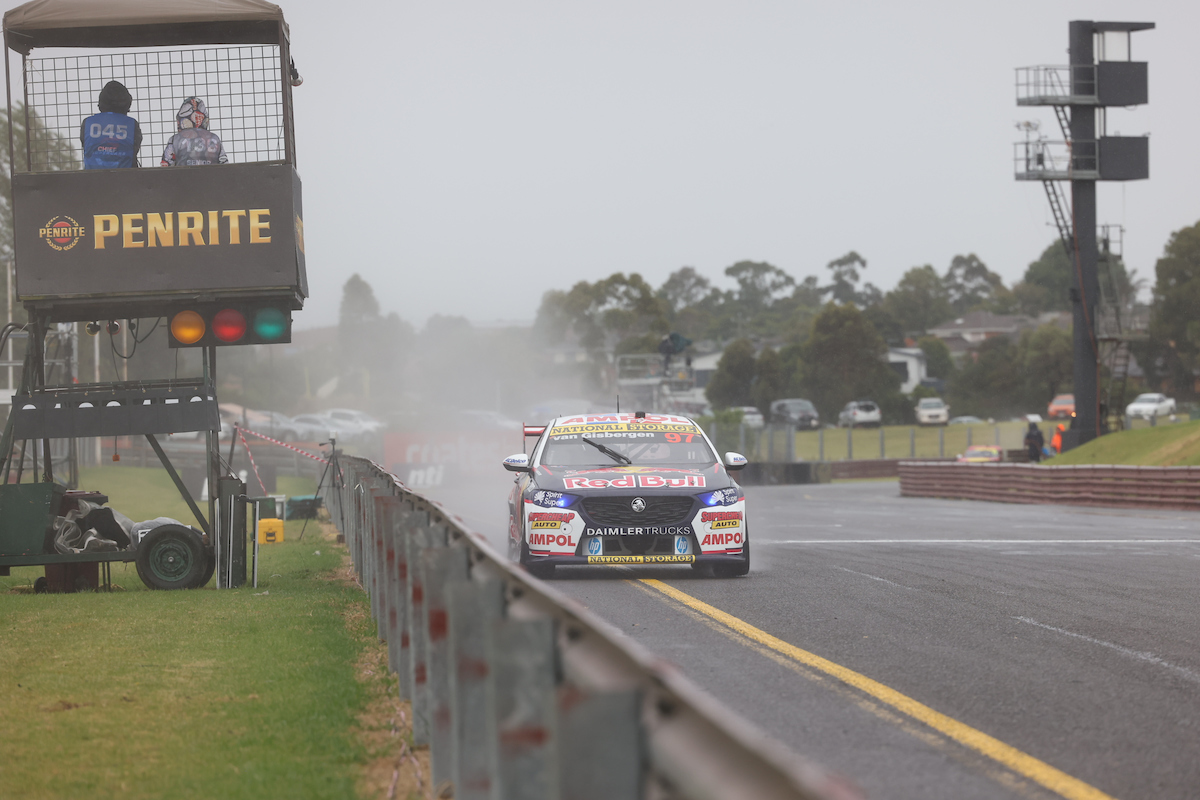 “It was awesome to drive; I could tell, following these guys out, we had plenty of grip,” van Gisbergen said.

“I was just learning the lines and trying to follow the train tracks.

“Car was awesome in both sessions.

“Normally I don’t like the rain, but today, it wasn’t a bad thing.

“Hopefully the weather is easier [for the races], it’s not one or the other.

“It’s awesome that both our cars are good; thanks to the team here, it’s great.”

The Repco Supercars Championship field will return for Race 4 at the Penrite Oil Sandown SuperSprint at 1:30pm AEDT on Sunday, with Race 5 to commence at 4:30pm. Tickets are on sale now.