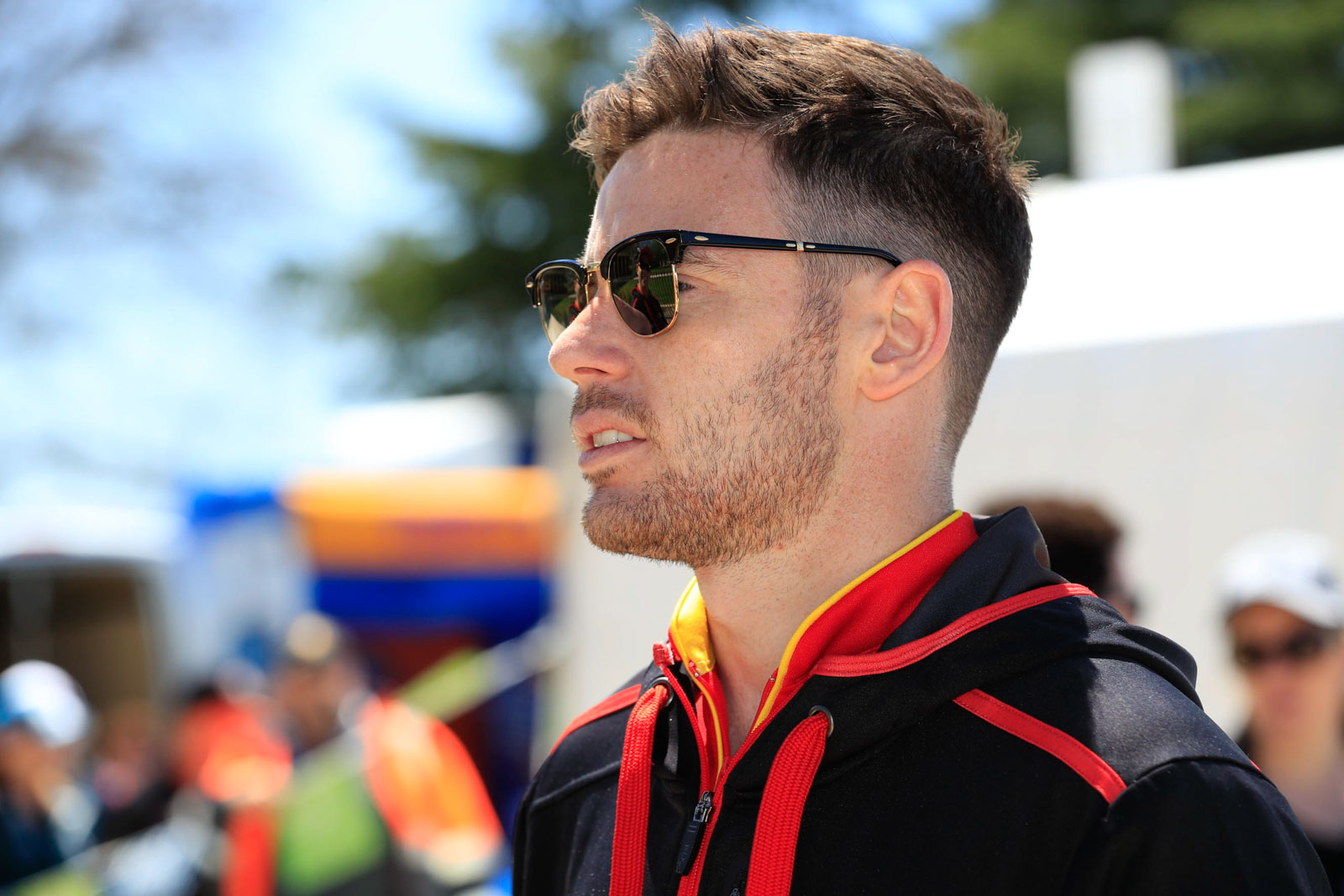 Outgoing DJR Team Penske Scott Pye has shot down the notion he is ‘entering the unknown’ by signing with Walkinshaw Racing for 2017.

The 26-year old racer was announced as Garth Tander’s replacement the week after Sandown – and given Tander’s victory at the race and long-standing tenure with the team, much of the focus has been on the 2007 champ rather than the incoming up-and-comer.

Fresh off a top five finish at Bathurst, on the Inside Supercars panel Pye speaks out about his decision to head to Ryan Walkinshaw’s team, despite its loss of factory backing for ’17 after endless scrutiny on its performance early this season.

“When I did my release they had just won the round two days before at Sandown – Bathurst, had it not been for the crash, I think they would’ve been on again for another great result,” Pye says on tonight’s episode of Inside Supercars.

“At Clipsal, every year they do really well, Townsville – at the big races they do a mega job.

“The sprint rounds are what they want to work on.

“Of all the teams that were available, certainly I think, where I’m at at the moment it could be a step forward for the time being. I’m really excited about where we’re going to be. We’ve got a good group of guys that are well motivated there…

“I don’t see it as a lifeline. with James [Courtney], he’s got three years now to work together [with WR], move the team forward and at the end of that we want to tick some pretty big boxes.”

It was announced back in June that Scott McLaughlin would take Pye’s seat next year at DJR Team Penske.

Pye has been a frequent mover in the Virgin Australia Supercars Championship, after starting with Lucas Dumbrell Motorsport, shifting to Dick Johnson Racing and getting caught out with his two-year deal as the ownership changed. He stayed on as a co-driver with the group and sat out two events when Marcos Ambrose returned, but was able to slot back in after Ambrose’s quick exit in 2015. He steers a second car this year after DJR Team Penske’s expansion alongside Fabian Coulthard.

“It’s the second multi-year deal I’ve had, the first one was obviously cut short with Penske buying into DJR,” Pye said.

“So this one is for two years and it’s awesome for the team as well, they’ve got James locked in for three as well, and I think it’s come at a good time for them.

“With Holden leaving, it was good to have some good news, it was great for all the guys at the shop to have something to get excited about, coming off the back of a great result at Sandown.”

Tander and co-driver Warren Luff won at Sandown – but Pye wasn’t worried about the timing of the announcement, days later. He suggested Tander’s comments in a press conference that weekend, saying he “had a fair idea” of his driving plans for 2017, pushed the team to get on the front foot with an announcement.

“The timing was good though because it meant we could get it out well before Bathurst and all the hype was gone – when I rocked up to Bathurst no one’s talking about it anymore and we could all just focus on our objectives,” Pye said.

“Obviously Garth at Sandown said he had plans already and I think that might have prompted the team.

“I hadn’t heard about that, I didn’t know he’d said anything, so it did come about very quickly.

“We weren’t planning to rush into releasing it or anything like that – there was no hurry form my point of view. As the driver I’m happy to have it locked away, I’m not that worried about everybody knowing about it, I knew what I was doing and I was happy with that.”

Stay tuned to tonight’s episode of Inside Supercars on FOX SPORTS 506 at 7.30pm ADST for more from Pye and special guest David Reynolds, ahead of this weekend’s Castrol Gold Coast 600.