A disappointed Scott Pye says it is not the time for him to be standing on the sidelines, as he looks for a 2017 drive and his maiden Supercars win.

Pye was involved in a significant accident in practice at Queensland Raceway after a brake failure, causing his Ford Falcon FG X to spear into the tyres at turn three.

While it is not the biggest impact Pye has suffered, another mechanical failure for the 26-year old racer was the last thing he needed before qualifying at the team’s test track.

Pye spoke publicly about hunting for a 2017 drive yesterday.

“You’d think a brake failure, throttle jam, is once in a lifetime but two in a few years is not a nice feeling,” Pye said.

“This one was still big, still an ugly crash. For the boys it’s created a lot of work, so disappointing for everyone involved.

“Like I said, it’s not the time I need to be sitting on the sidelines – I’m loving racing and driving the car at the moment, and this weekend I thought we had a pretty strong car.”

Car 17 is back at the @DJRTeamPenske bunker and being inspected by the team ?

Pye said there was no indication through turns one and two he had brake issues. The team had just changed rear rotors after a vibration earlier in the session, but Pye didn’t want to speculate whether that was the cause of the crash. 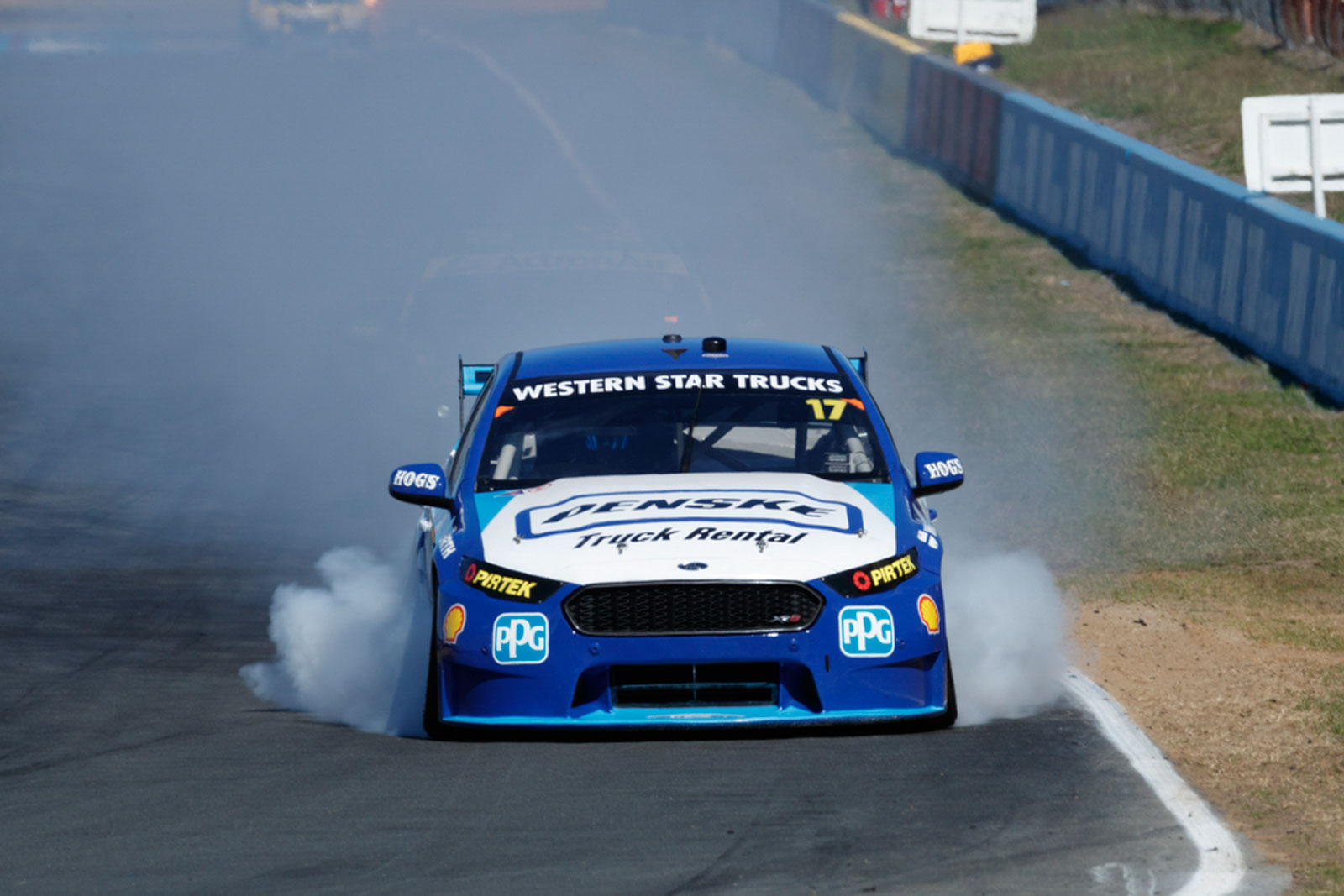 “The good thing was at least there was a big amount of tyres to run into so hopefully no one got hit by them.

“It’s just disappointing – the amount of mechanical failures I’ve had now must be pretty unlucky. So hopefully we can get it back out, it really felt like we were on for possibly a win this weekend, so I’d like to get back out tomorrow and see what we can do.”

The team is assessing the car with less than an hour to qualifying.

The accident triggered a red flag with less than two minutes remaining in practice, with Jamie Whincup fastest.