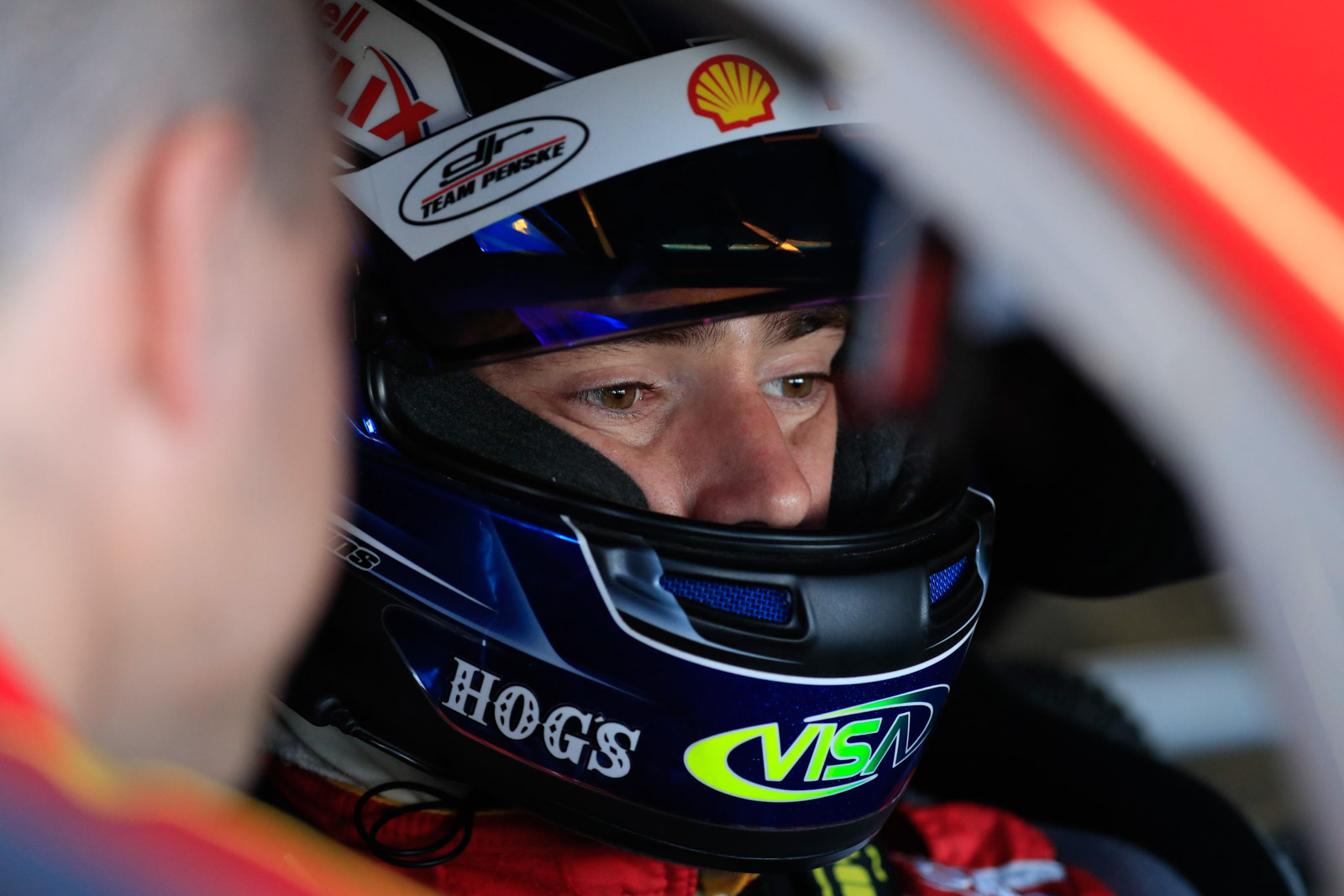 Scott Pye is aiming to use the equipment he has at DJR Team Penske to showcase his talent as he looks for a new home for 2017.

The 26-year old driver will be replaced by Scott McLaughlin next year, though Pye was given an unexpected opportunity to race with the team this season after its late decision to expand to two cars.

Pye spoke in-depth about his future for the first time publicly at today’s Coates Hire Ipswich SuperSprint after finishing second and ninth in the day’s two practice sessions, with teammate Fabian Coulthard topping the second outing.

Pye knows he needs results to prove his worth. He earned his and DJR Team Penske’s first podium at New Zealand last year, but is yet to take his maiden Supercars win.

The announcement that McLaughlin would take his seat came the week before the last event in Townsville.

“As soon as I knew what was going on I put myself out there, but really the best I can do is try and get results on the track,” Pye said.

“We’ve got such a good team, such a good group of guys – we’re in a fortunate position where if I can maximise what I’ve got, if I can get some good results, that’s what people will see.

“And hopefully, get me a job for next year because I sure as hell don’t want to be unemployed.”

Pye performed well in a strong Dunlop Series season in 2012, finishing second to McLaughlin who replaces him next year at DJR Team Penske.

Ever since cracking the main game in 2013 with Lucas Dumbrell Motorsport, there have been revolving doors, with Pye switching to DJR for ’14. That was meant to be a two-year deal, but was terminated after DJR’s amalgamation with Penske to make room for returning star Marcos Ambrose.

Pye snagged the seat back after Ambrose’s step back after just one Champiosnhip round, and continued with the team this year, but now needs to find another new home.

“Every driver wants to have multiple years … I think you can extract a lot more out of a driver if you look after them,” Pye said.

DJR Team Penske’s announcement of McLaughlin puts his situation out in the open, though that doesn't seem to make it any easier.

“I don’t know about being happier (because of the early announcement),” Pye said.

“Monday (after Bathurst) I found out and I swear it felt like a month later my seat was in jeopardy again. So it’s just always gone on.

“So I don’t know if I’m happy so much that it’s come out early, but it does mean I know what my fate is.

“At the moment and I need to do the best job I can when I’m in the car and have that opportunity.”

Pye said it was a privilege to race for icons Dick Johnson and Roger Penske, and didn’t rule out ever driving for Penske Racing in some capacity down the track.