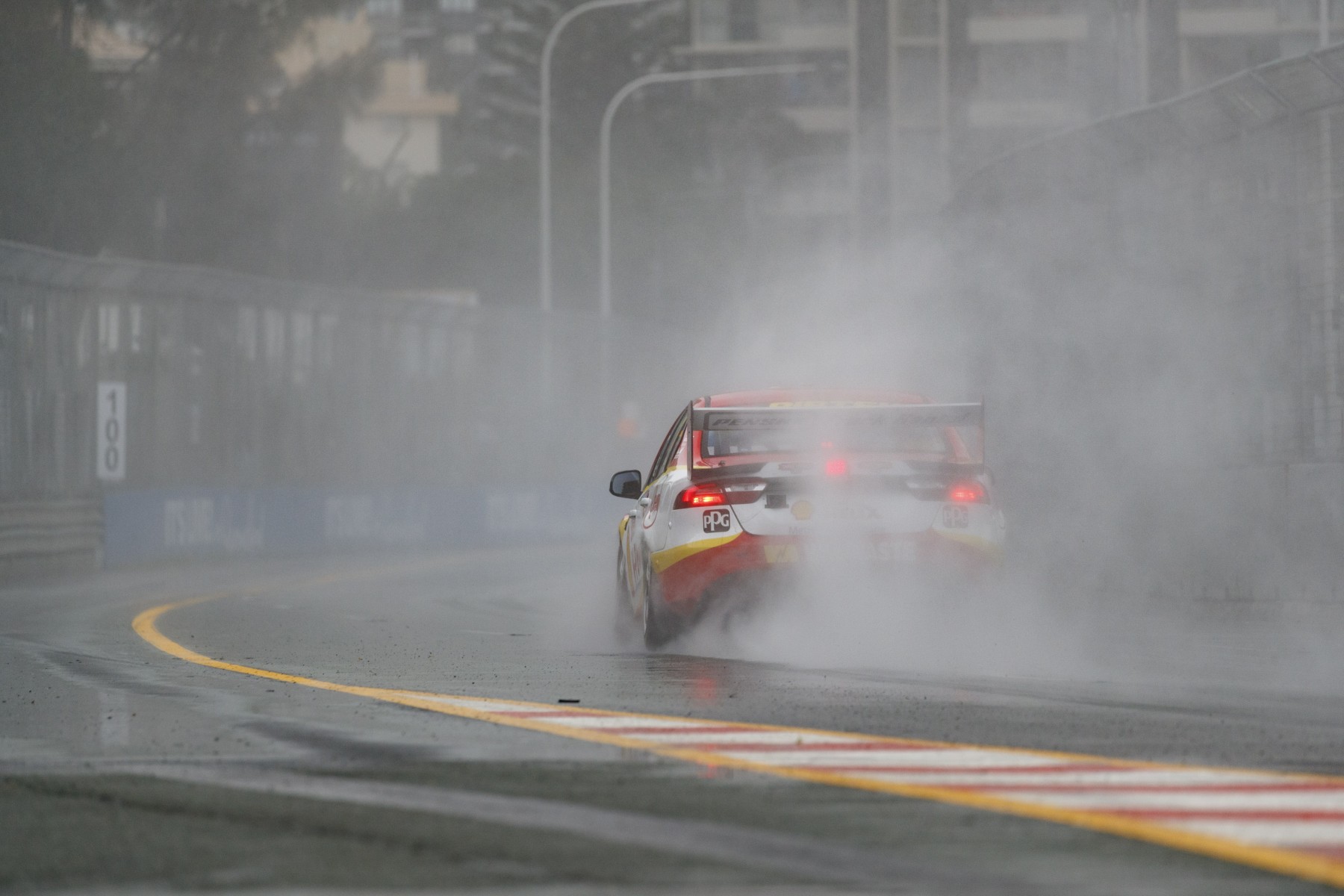 Alex Premat is adamant that today’s Surfers Paradise opener should have been started behind a Safety Car, describing the lack of early visibility as ‘insane’.

The Frenchman started 12th aboard Scott McLaughlin’s Shell Ford and had dropped to 17th before spinning at Turn 11 on lap five.

He had complained on his team radio just prior to the incident that the Safety Car needed to be called due to the lack of visibility.

Only one car had started with its primary driver despite the conditions, which marked the first wet running of the weekend for the co-drivers.

Officials elected to give drivers two warm-up laps to assess the circuit, before a regular standing start took place.

“I really feel Supercar needs to review their basics because in these kinds of conditions, when you’re in a group of 26 cars, it was just insane,” Premat told Supercars.com post-race.

“On the front and back straights you couldn’t see anything further ahead of you than about five metres, so it was just going by guess.

“It was totally insane. I’ve done GP2, DTM, sportscars and I’ve never seen anything as bad as that was.

“People say that European people are [complaining], or whatever, but no, this was really bad conditions to start like this.

“I’ve never felt as scared in a car in all my life. You are doing 230km/h seeing only the rain light of the car ahead.”

Aside from Premat, the first stint was devoid of major incidents, with the race’s one and only Safety Car not coming until lap 56 when a tyre bundle was knocked onto the circuit at the back chicane.

Premat had been behind Karl Reindler and Richard Muscat when he spun, with the two Holdens running deep into the corner before propping to avoid the wall.

“They were deep and I was not as deep as them, so I was trying to miss them to avoid the contact,” Premat explained.

“As soon as I touched the gas it just rotated. I tried to get back on the brakes, but it was too late.

“When I spin I was like ‘oh my god, I hope they miss me’. Some did and others didn’t, because the grip level there was so low.

“It just tapped the front and rear, but fortunately the rear wing was still there and it didn’t affect the car.”

Premat clouted the Turn 3 tyre barrier with the left-side of the Falcon shortly afterwards and was almost a lap down by the time he pitted.

McLaughlin was at the back of the top 20 once the pitstops shook out and eventually finished 12th, gaining 21 points on championship-leading team-mate Fabian Coulthard.

He is now 76 points behind Coulthard, who crossed the line 10th but was demoted to 19th after a penalty for his collision with Nick Percat was applied.

Asked of the early conditions, McLaughlin was unsure whether a Safety Car start was necessary.

“I think it wouldn’t have been a bad idea to start the race behind the Safety Car for the co-drivers, but maybe he [Premat] needs to harden up,” he said.

“It’s hard for me to say when I wasn’t out there. I said I didn’t want to start because I wanted to get in as soon as I could [to drive a double-stint to the end].

“I felt comfortable in the conditions and was fast in my first stint, but then in the second stint we didn’t quite have the tyres [pressures] worked out.

“I feel bad for Alex because he’s done a fantastic job and it was one little slip-up. It was so slippery down there, I nearly did the same thing on my outlap.

“At the end of the day it could have been a lot worse [for the championship], just like Bathurst.

“We’re just soldiering on and hopefully we can get some more pace back in the car tomorrow when it dries out.”