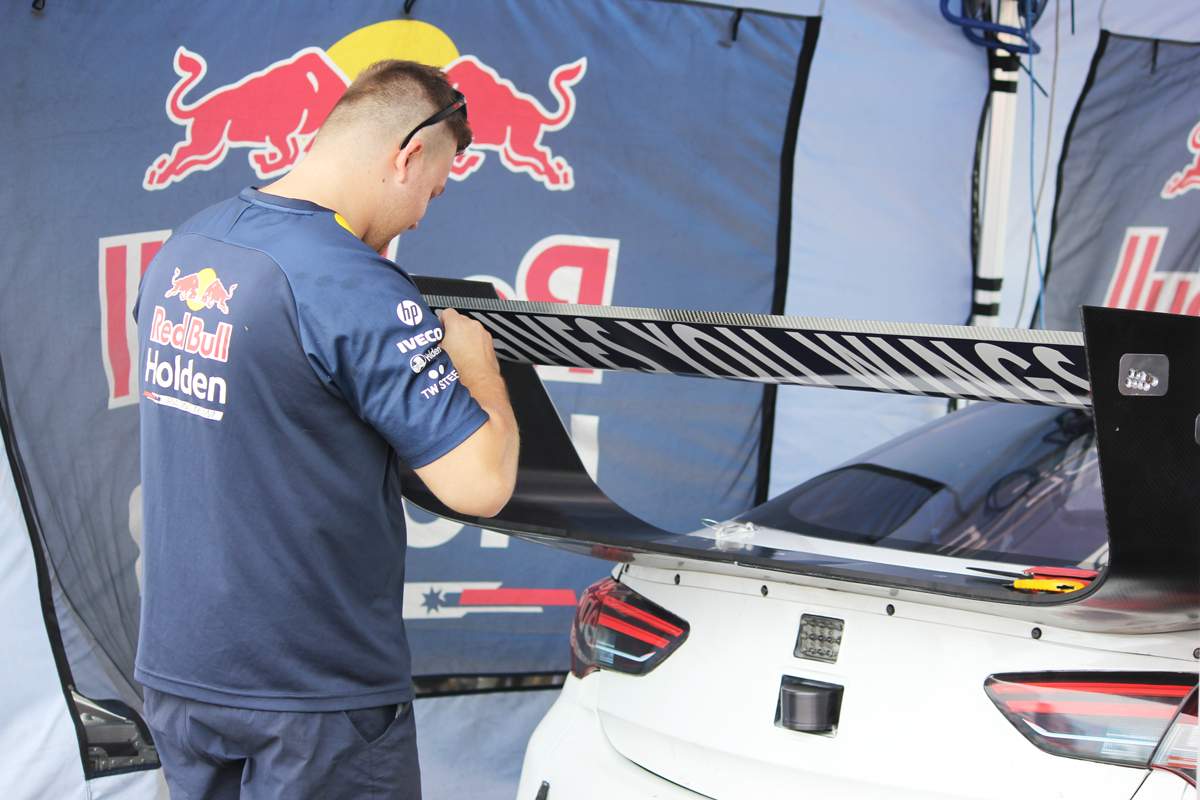 Shell V-Power Racing and the Red Bull Holden Racing Team put their growing rivalry aside this week for the betterment of the sport, as homologation testing wrapped up.

The leading squads, representing manufacturers Ford and Holden, joined Supercars technical staff at the Oakey Army Aviation Centre for a second round of off-season aerodynamic testing.

The purpose was to ensure parity between the 2020 Mustangs and Commodores, which will be “livelier” to drive thanks to about 10 percent less downforce, setting the scene for a gripping year-long battle.

“Yeah well on track we’re competitors, here we have to work in conjunction with each other because we both need a good product to go racing with,” Moore told Supercars.com.

“We need the fans to be happy that we’re all on equal footing, the team that wins on the day has done the better job and not done a better job here [at VCAT] or in the boardroom.

“So that’s the goal, we need to make sure that both cars come out of here as similar as possible.”

Ford Performance aerodynamics lead Sriram Pakkam, who has travelled from Detroit in the States for the tests, reiterated the willingness to join forces for the occasion.

“You’re all doing long days, you come in very early in the morning, leave very late in the night and you’re all working the same process, so we work together on the process quite a bit,” he said.

Moore has returned to Red Bull after a five-year stint in Germany with Porsche, making clear the testing method has evolved in that time.

“It has changed quite a lot… it is quite a big step forward in accuracy,” he said.

Pakkam, meanwhile, noted the differences between the process used in Supercars and other series he is involved with around the world.

“It’s entirely unique because most other series we kind of do wind tunnel testing mostly,” Pakkam said.

“There’s some sports car series where we do track testing but it’s not as important and as crucial as it is in Supercars.

“It’s very highly tuned to get these cars right, so it’s definitely a process that is unique.”