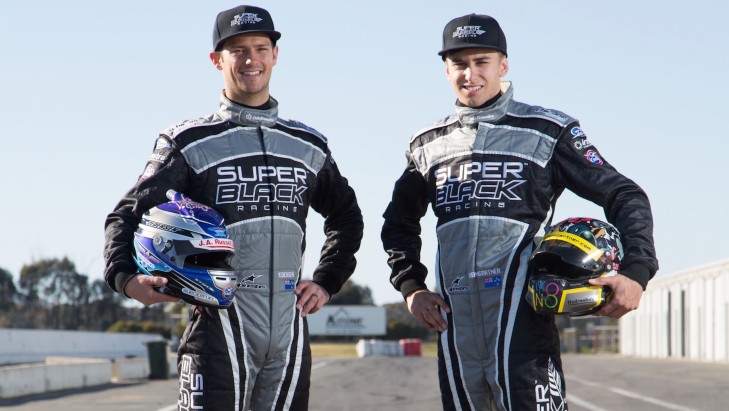 Kiwi racer Ant Pedersen will be back behind the wheel of the all-New Zealand Super Black Racing Ford for the 2015 V8 SupercarPirtek Enduro Cup.

Pedersen, who is this season competing in theV8 Supercars Dunlop Series withEggleston Motorsport, will join Super Black regular Andre Heimgartner for the Wilson Security Sandown 600, the Supercheap Auto Bathurst 1000 and the Castrol Gold Coast 600 in the #111 Ford Falcon FG X.

The New Zealand duo and Super Black Racing made their debut at Bathurst last year,catching the eyes of competitors and the fans around alike witha performance that saw the black Ford holding down sixth place in the dramatic closing stages of the race before a late splash and dash for fuel relegated them to eleventh overall.

That outstanding debut was the catalyst for team owner Tony Lentino and team principal Paul Radisich to push ahead with plans to run a full season in 2015. 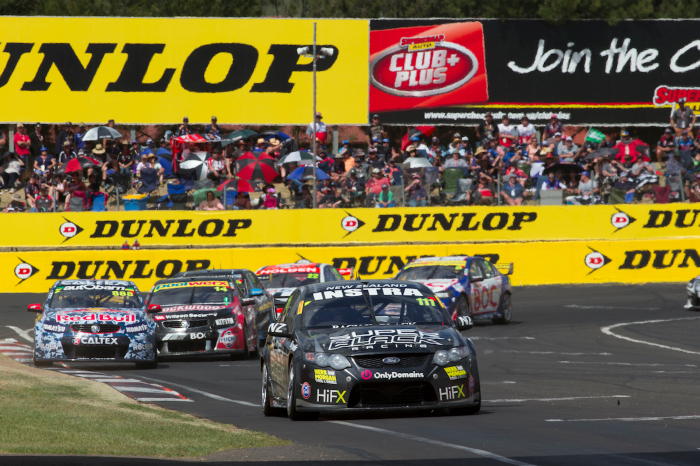 Heimgartner has continued to impress for the team with further strong performances in the Supercar series and Pedersen is eager to go racing once again with his fellow countryman.

"Last year was an emotional roller coaster ride at Bathurst, with the team debuting but performing exceptionally despite being on a huge learning curve," explained Hamilton-based racer Pedersen.

"This time around they will have the best part of a full season behind them before the first enduro and they will be well placed to make a big step forward in the enduros. It's going to be great to be part of that. The support from everyone following us in New Zealand was huge and we expect it to be even bigger in 2015."

The 26-year old hasbeen competing in the DunlopSeries this season and has already taken a fourth and fifth place at the Clipsal 500 event earlier in the year.

"By the time I get into the car to join Andre, I'll have clocked up a lot of miles in the Development Series car so am definitely aiming to hit the ground running with Super Black and the Ford FG X. Plus of course, we have the experience of Bathurst 2014 in our back pockets now and that will be a big help, and a major motivator for the team too.

"I'm definitely optimistic that if we continue to perform at the high level the team has achieved so far in 2015, great results are achievable."

Both Pedersen and Heimgartner have racked up thousands of kilometres racing in Australia in recent seasons - keeping that experience together for a 2015 campaign has always been a priority for Super Black Racing team owner Tony Lentino.

"After their impressive performance last year at Bathurst, there was never really any other option for us but Andre and Ant," he explained.

"They're both great drivers and both have always been part of our team. Having Ant back this season was always a priority. He was there when Super Black Racing started and knows the team so well already. That seamless integration into the team will be an important part of our overall performance at all of the enduros."

The endurance series starts at the Wilson Security Sandown 500 on 11th to 13th September, before heading to the Supercheap Auto Bathurst 1000 on October 8-11 and the Castrol Gold Coast 600 on October 23-25.