Thirty-five years have passed, but for Dick Johnson 'The Rock' incident remains one of the most bizarre things he's ever seen at Bathurst.

On this day in 1980, Johnson crashed out of the lead of Australia's Great Race when his Tru-Blu Falcon collided with a boulder that fell onto the track just past The Cutting.

Contesting the race as a privateer, the incident caused extensive damage to the car and was heartbreaking, with Johnson saying shortly after he was done with motor racing.

While he lamented the loss, passionate supporters jammed the switchboard, calling in to broadcaster Channel Seven to donate money to ensure Johnson was able to repair the car; the funds were matched by Ford. 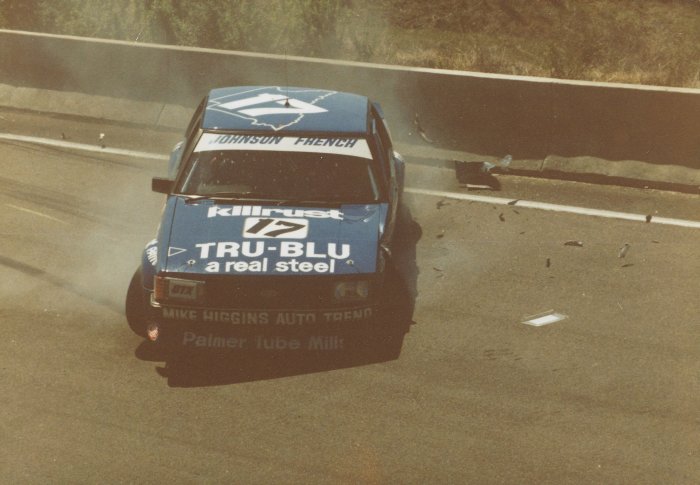 Peter Brock and Jim Richards claimed their third Bathurst win in a row that day - but the following year Johnson won Bathurst and the Australian Touring Car Championship.

He went on to ultimately win five Championships - surpassed only by Jamie Whincup last year, with six - and three Bathurst 1000s, the last in 1994 with John Bowe.

Johnson, 70, looked back with v8supercars.com.au and said 'The Rock' not only made his career but motivated him to be his best to repay the faith shown by his fans.

"Reflecting on that particular incident, it was a make or break situation for me, so looking at it that way ... I would've certainly been out of motor racing forever, it would've had a devastating effect financially," Johnson told v8supercars.com.au.

"As you know ... it's very difficult to get a break in motor racing. And looking back on it now I'd suggest it was an opportunity that was unforseen - certainly you could never orchestrate it.

"I've always been a great believer that when you see an opportunity you've got to seize it with both hands and run with it. And the way things unfolded, that is really what made my career." While one of the greats of Australian Touring Car has learned many lessons and told many stories over his time in the sport, for Johnson, the year of 'The Rock' taught him one thing that has stuck ever since.

"I think the most important part about motor racing ... unless you embrace the fans and the people that support you, you will not survive," he said.

"That's something I have always been conscious of - I'll never ever forget the people, who helped me get where I am today.

"It takes an awful lot of work and things like that to make a race team and make it successful - but you've got to have the support of the people out there.

"Fortunately for me ... it was just ordinary people that supported us during that particular time and I suppose then it seemed like a great thing.

"For the following year it put an awful lot of pressure on us really, me personally, to think that all those people that supported you - that was the motivation for me to really step up and put our best foot forward and be able to try and pay them back in some small way." 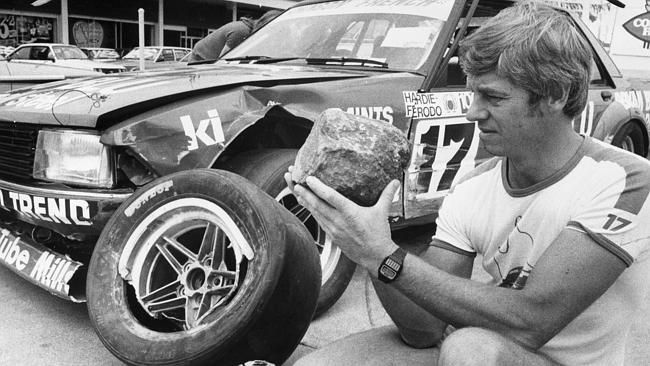 Johnson says it certainly was one of the weirdest things he's ever seen at Bathurst. Last year's Great Race also got a mention.

"There have been a few different sorts of incidents at Bathurst over the years," he said.

"Last year's was one of the most bizarre Bathursts I've ever seen in my life.

"And it just shows you that it's never over until the chequered flag drops, because it's a race that is long enough to be full of all different incidents and last year was testament to that, that's for sure - whether the regulations served the end result or not, that will be debated forever."

Johnson's team was the first to take last year's winner Chaz Mostert to the Mountain, who crashed before getting to the start of the Great Race in 2013. And this time, bringing Marcos Ambrose back to the event he so desperately wants to conquer after just five starts there across his career, means there is plenty of excitement at the Stapylton workshop for this weekend.

"It is (an exciting time for the team) and it's been a hell of a rollercoaster over many, many years - every year seems to produce something different," he said.

"This year is to be played out ... let's hope this one's going to be one of the good ones."

The sad part is that this will be the first year since 1975 a member of the Johnson family will not be on the grid for the Supercheap Auto Bathurst 1000.

Johnson's last start was in 1999, while son Steve has missed out on a drive for the first time since debuting in 1994.

"It is (bittersweet not seeing Steve out there). I think he deserves (a drive) - not from a father's point of view, but the view from a lot of people - that his ability is certainly good enough to be out there and running that event because he's done so well there in the past."

Once again, Johnson and his team prepare to make the trip out to Mount Panorama - and despite having experienced the highs, the lows and the head-scratching moments, it's the one event Johnson will never get tired of.

"Bathurst is the only event anywhere that I've ever been to that irrespective of the day you have on Sunday - be it good, bad or indifferent - I could come and start it all again on Monday," he said.

"Even though you'd be absolutely knackered because it really knocks you around physically - and certainly the older you get the worse it becomes - but I could still stump up the next day to have another go.

"To me, it's an event that is unique, it comes once a year and you don't get a second opportunity. And you can make or break the race in the first corner." 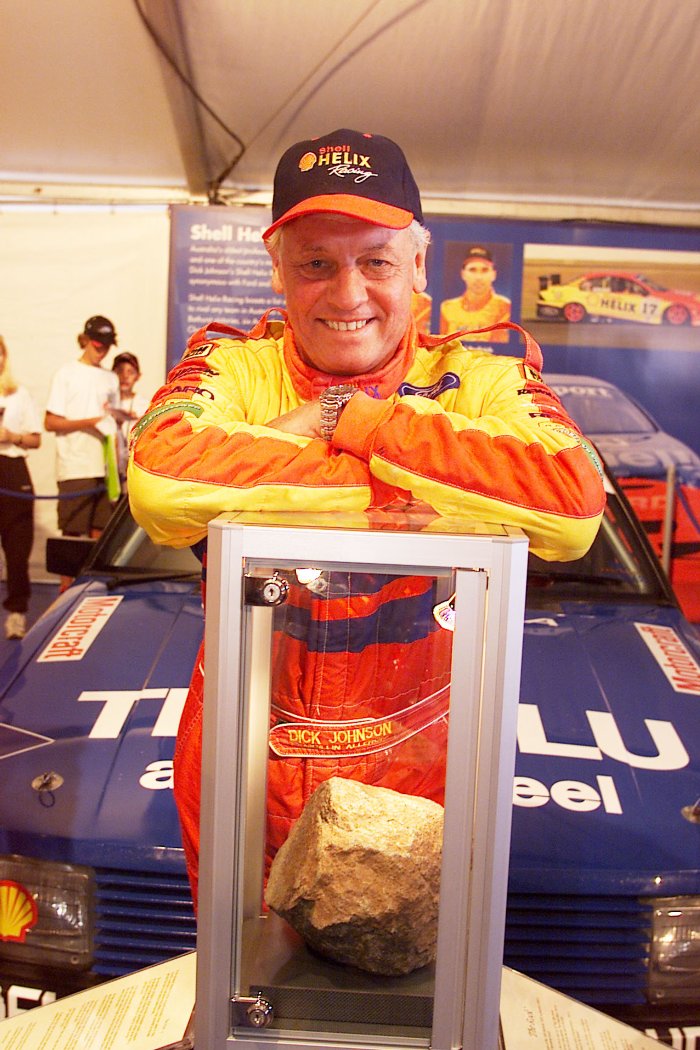