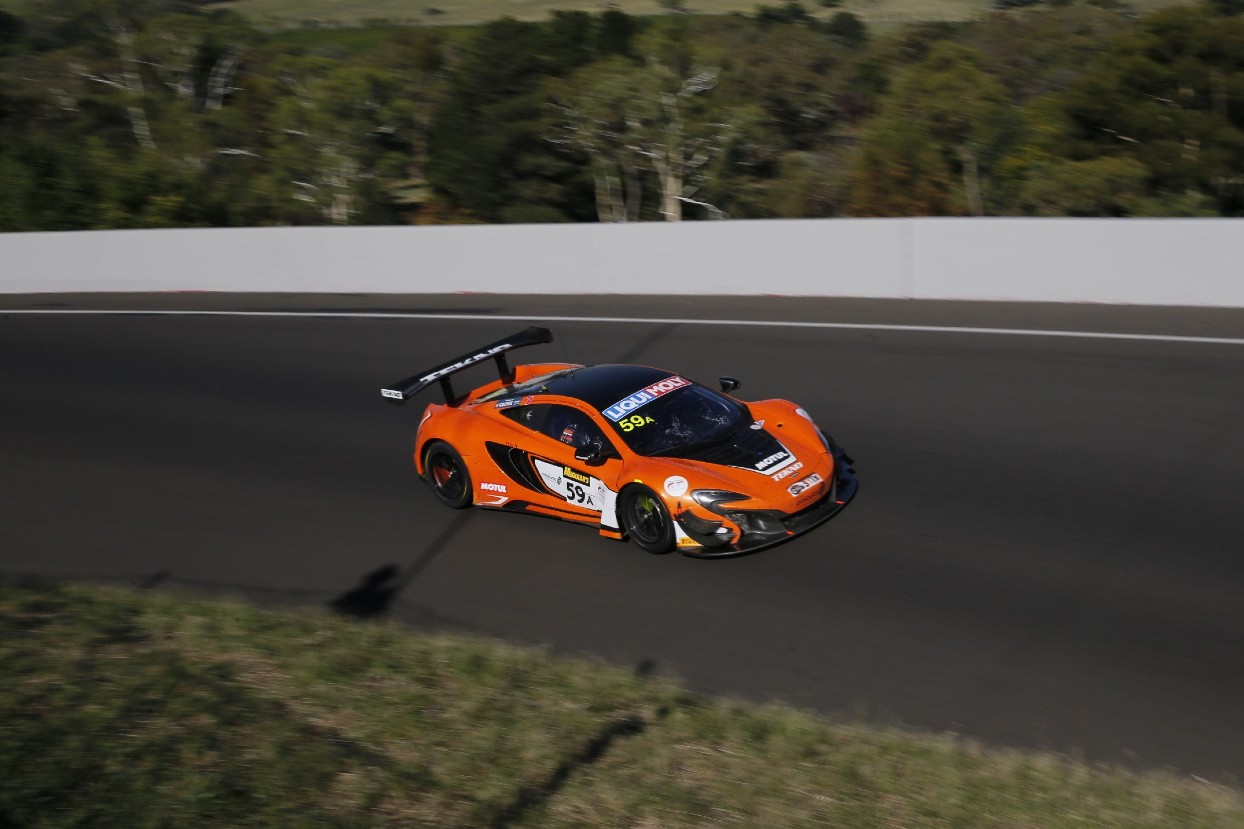 No stranger to remarkable feats behind the wheel, Shane van Gisbergen did something very special on this day five years ago.

On February 6, 2016, the current Red Bull Ampol Racing ace went to another level to set the fastest-ever lap of Mount Panorama in a closed cockpit car.

The Kiwi was on a tear in his Tekno Autosports-prepared #59 McLaren in qualifying for the Bathurst 12 Hour, and left his rivals in his wake with a stunning 2:01.286s lap early in the session.

Three cars managed to crack the 2m01s barrier, but none could get to within half a second of van Gisbergen's effort.

The iconic circuit has played host to several career highlights for van Gisbergen, none greater than his maiden Bathurst 1000 victory last October.

He also clinched pole position for the 2014 Great Race for Tekno, only to suffer a heartbreaking car failure 24 hours later while challenging for the victory.

Aboard his orange and black McLaren, Van Gisbergen's stunning pole lap had an average speed of 184.41km/h.

The pace was always going to be hot in qualifying, but the New Zealander blew expectations out of the water to set a lap time almost a full second quicker than the previous year's pole time.

Pole was secured, and with it, the Allan Simonsen Trophy, which pays tribute to the late Danish driver who lost his life in an accident at Le Mans in 2013.

"It was amazing, I've never been close to that around here," van Gisbergen said after his scintillating lap.

"To win the Allan Simonsen Trophy... if he was still here he'd be fighting for pole. It's a big honour to win this trophy." 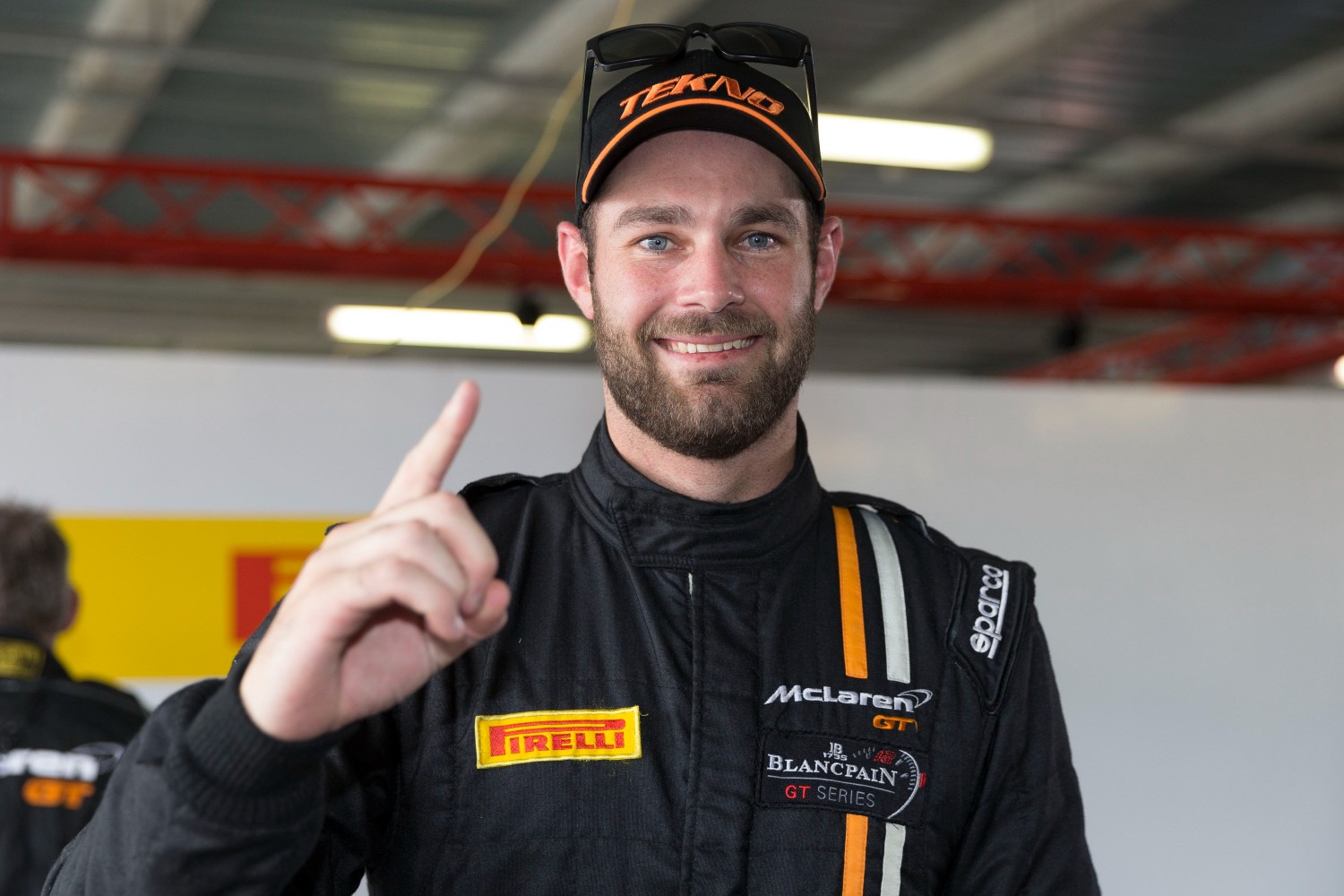 A day later, van Gisbergen combined with Jonathon Webb and Alvaro Parente to win a fiercely competitive race, marking his first victory in the once-round-the-clock enduro.

However, despite his record pace on Saturday, nothing was handed on a platter to van Gisbergen and the #59 crew.

Parente lost almost a minute in his first stint after he was forced to reset the car's electrical systems. Later, the #59 was slapped with a black flag penalty for speeding in the pit lane during the pit stop in which Webb handed over to van Gisbergen.

With two hours remaining, the #59’s hopes hung by a thread, and van Gisbergen pushed the car to its limits to ensure minimal time was lost.

His gutsy efforts paid off; after serving the penalty, the #59 remained on the lead lap courtesy of the time he had made.

With just over 90 minutes remaining, van Gisbergen pitted for a top up of fuel during the 13th Safety Car period. 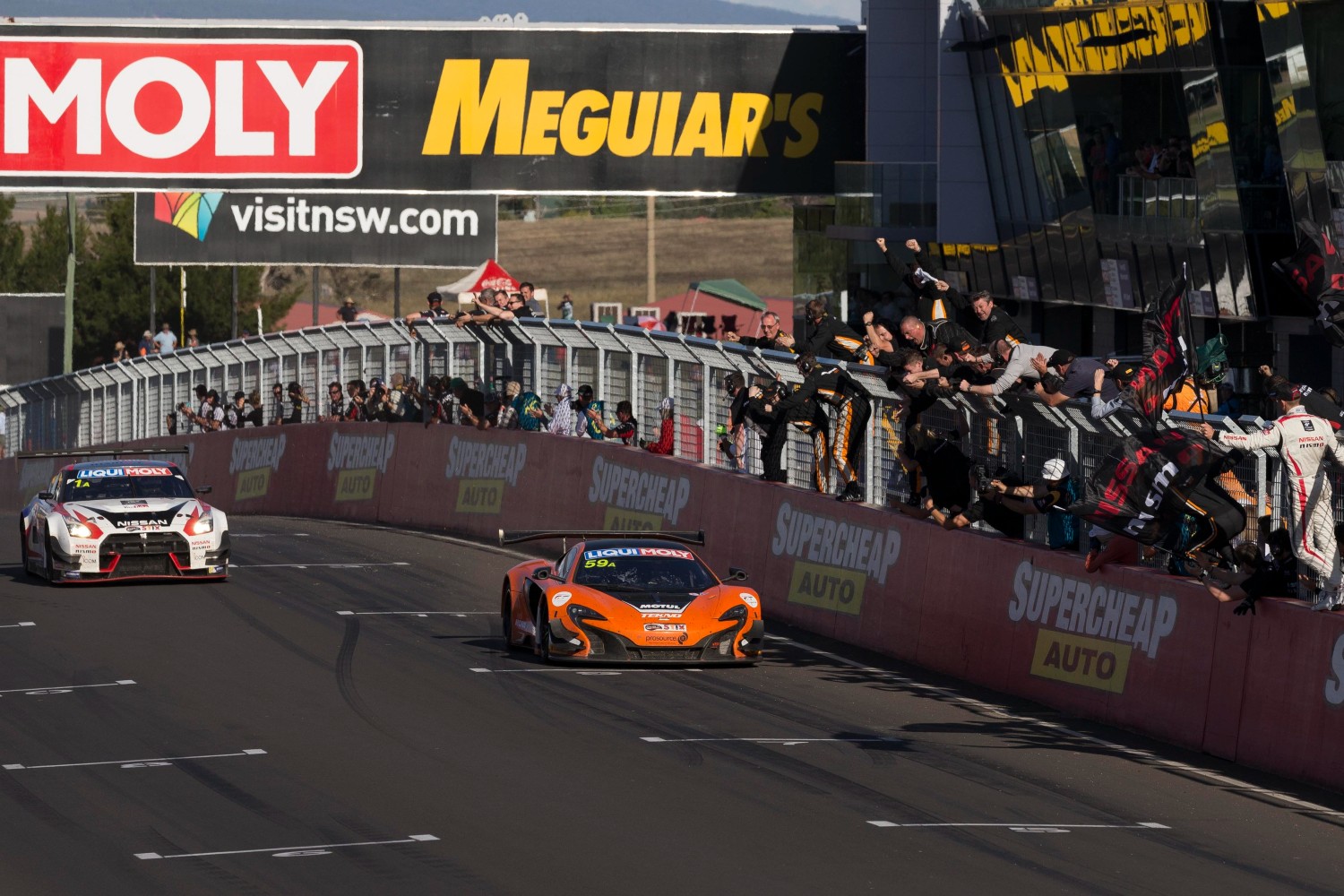 Van Gisbergen claimed the lead from Chiyo with just 50 minutes remaining on lap 273 when the Nissan completed its last stop for the day.

The Japanese driver rejoined in second position and was 12.7 seconds adrift of the #59.

The tension was palpable. One driver was looking to go back-to-back on the mountain, while the other was in the lead, looking to capitalise on the McLaren's brilliant pace.

With sixteen minutes left, Chiyo set the fastest lap for his Nissan entry of the entire race.

With 10 minutes remaining, though, the gap was still 12 seconds, van Gisbergen going blow for blow.

Not content with second, Chiyo, who was co-driving with 2006 Supercars champion Rick Kelly, pushed even harder and cut the gap to eight seconds. 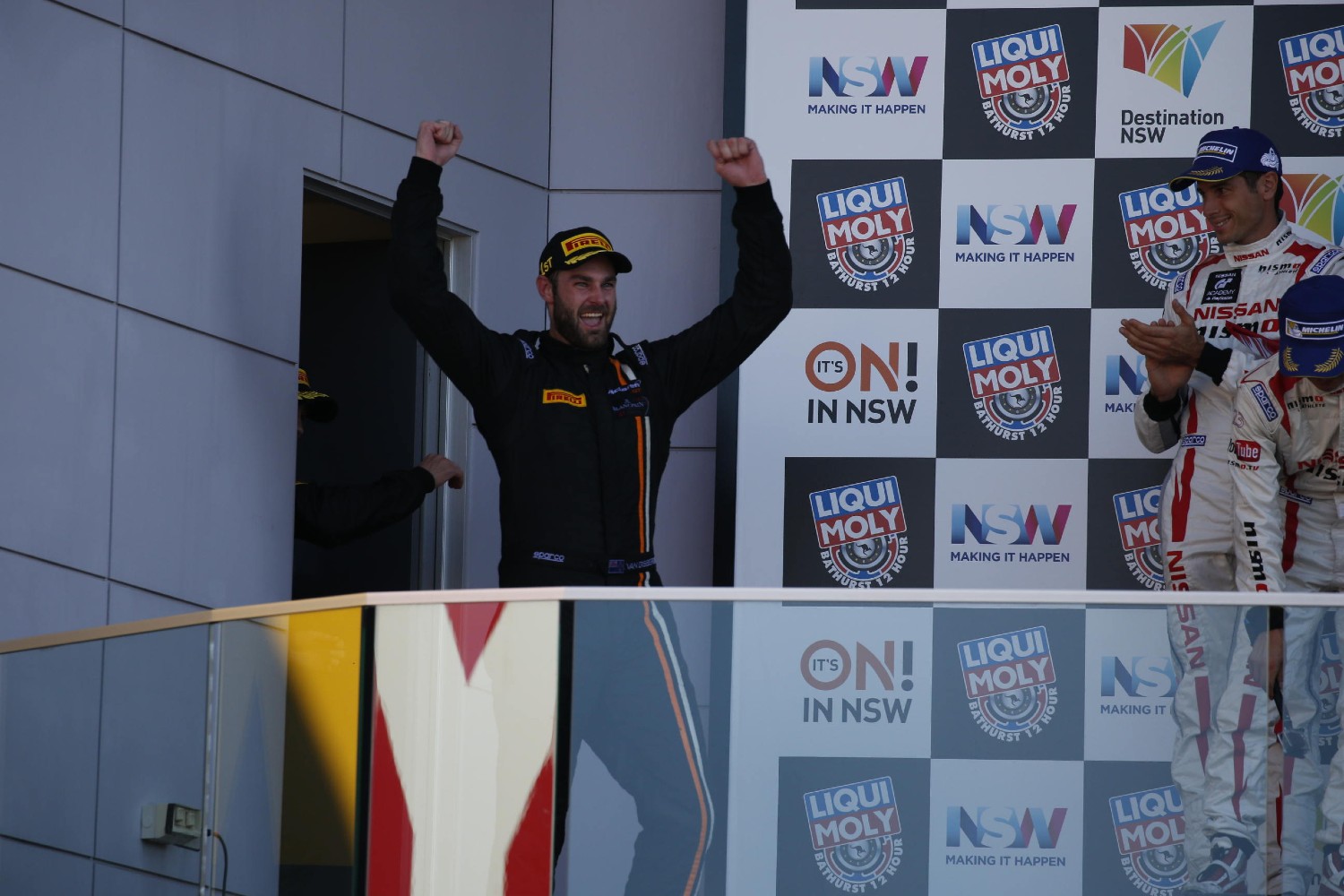 When they commenced the final lap, Chiyo was just five seconds behind.

However, van Gisbergen clung on to seal a famous victory, albeit by a meagre 1.27s, Chiyo falling short of a remarkable comeback effort.

In a race of attrition, only 21 entries were classified as finishers after 37 started the race 12 hours earlier.

The race saw a record 29 lead changes, with eight different entries holding the race lead at some point across the day.

The battle with Chiyo drew eerie similarities to van Gisbergen's Bathurst 1000 triumph last year, when the Holden driver defied a race-long challenge from Tickford Racing's Cameron Waters. To then, though, we all new what van Gisbergen was capable of.

At the start of 2016, van Gisbergen hadn't claimed a Supercars title, hadn't won the Great Race, and hadn't moved into second on the winners list of active drivers.

While already a proven winner across several categories, something he added to with a brilliant New Zealand Grand Prix win last month, the 12 Hour was one win which had eluded him.

He did it in 2016, a day after he went faster than anyone else in history at Australia's most famous circuit.

"Thanks to the team the team has been fastest all weekend so to win that on strategy and then pace, it's amazing," he said after the race.

"Thanks to the guys, thanks to Jonathon and Alvaro. It was a big heart in the mouth moment when it stopped earlier but she hung on for the rest of the weekend.

"We had [Chiyo] covered so every time he did a lap I just stuck the knife in and did the same."

Van Gisbergen will return to Supercars action at Bathurst for the season-opening Repco Mt Panorama 500. Tickets are on sale now.