On this day: De Pasquale’s Darwin delight despite ‘bent’ car 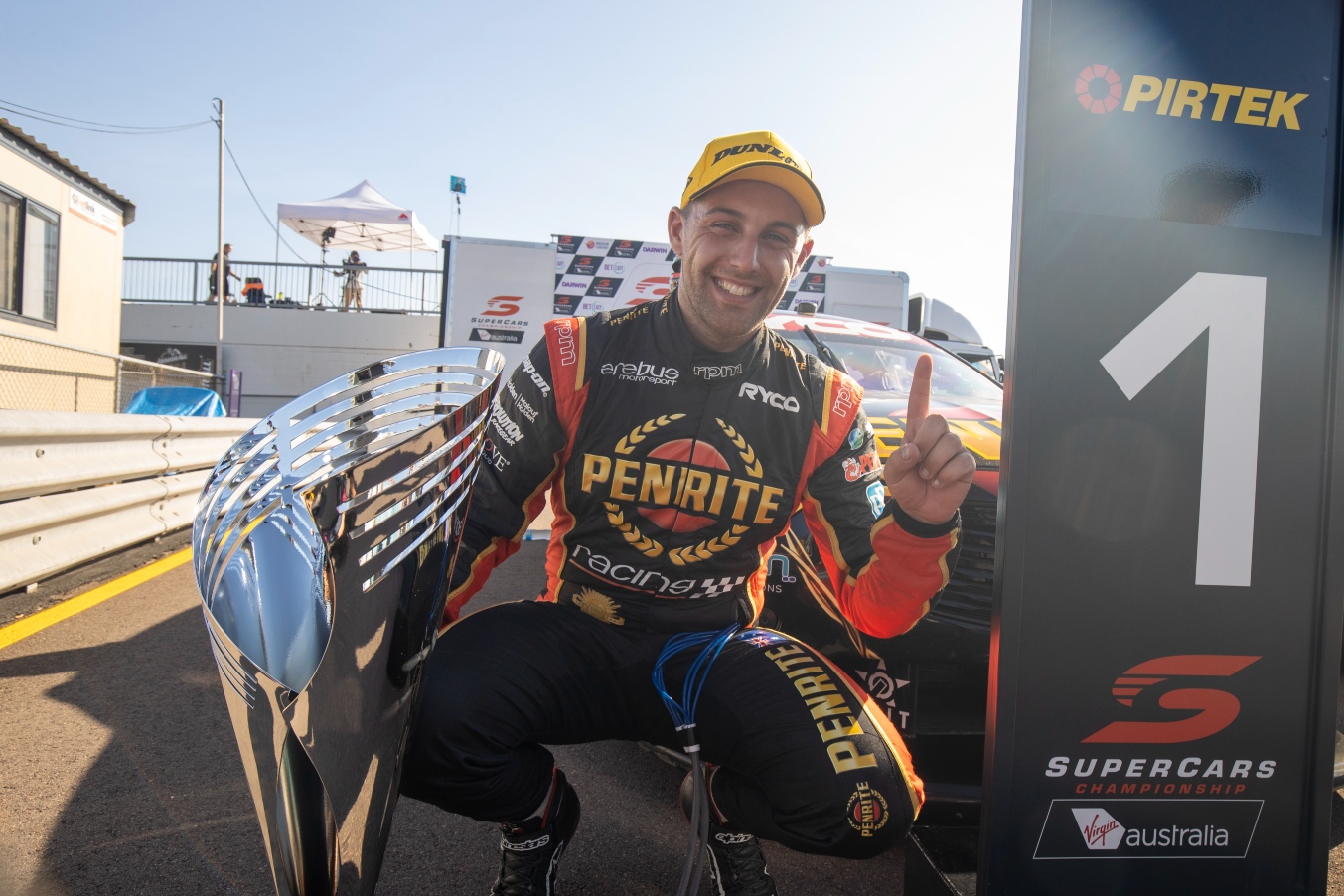 Anton De Pasquale’s journey to a coveted seat at the Shell V-Power Racing Team gained momentum on this day 12 months ago.

August 15 will remain a key date in De Pasquale’s career, with the former Formula Ford champion claiming his first ever Supercars race win.

Then driving for Erebus Motorsport, De Pasquale had to wait over two years for his maiden victory, which came at Hidden Valley.

It was an enthralling race, with Scott McLaughlin, Jamie Whincup, and Shane van Gisbergen all copping penalties.

De Pasquale led home 2010 series champion James Courtney, with Whincup taking the chequered flag third. However, he was classified 17th once he had 15 seconds added to his race time over an unsafe pit release.

Current series leader van Gisbergen finished 11th after he was slapped with a pit lane penalty for his part in a first lap incident which put Nick Percat out of the race.

Eventual champion McLaughlin was also penalised for a Safety Car restart breach, which relegated the Ford driver from eighth as he crossed the finish line to 20th.

It left Scott Pye to claim third, his maiden podium for Team 18, in just his ninth start for the team.

Whincup got the jump on pole man McLaughlin to lead through the first corner. Pye’s teammate Mark Winterbottom was third around Turn 1, having started on the Dunlop Soft tyre.

It didn’t take long for the race to be plunged into chaos, with Percat spearing across the field on the run to the hairpin, with Brad Jones Racing teammate Todd Hazelwood also taken out. 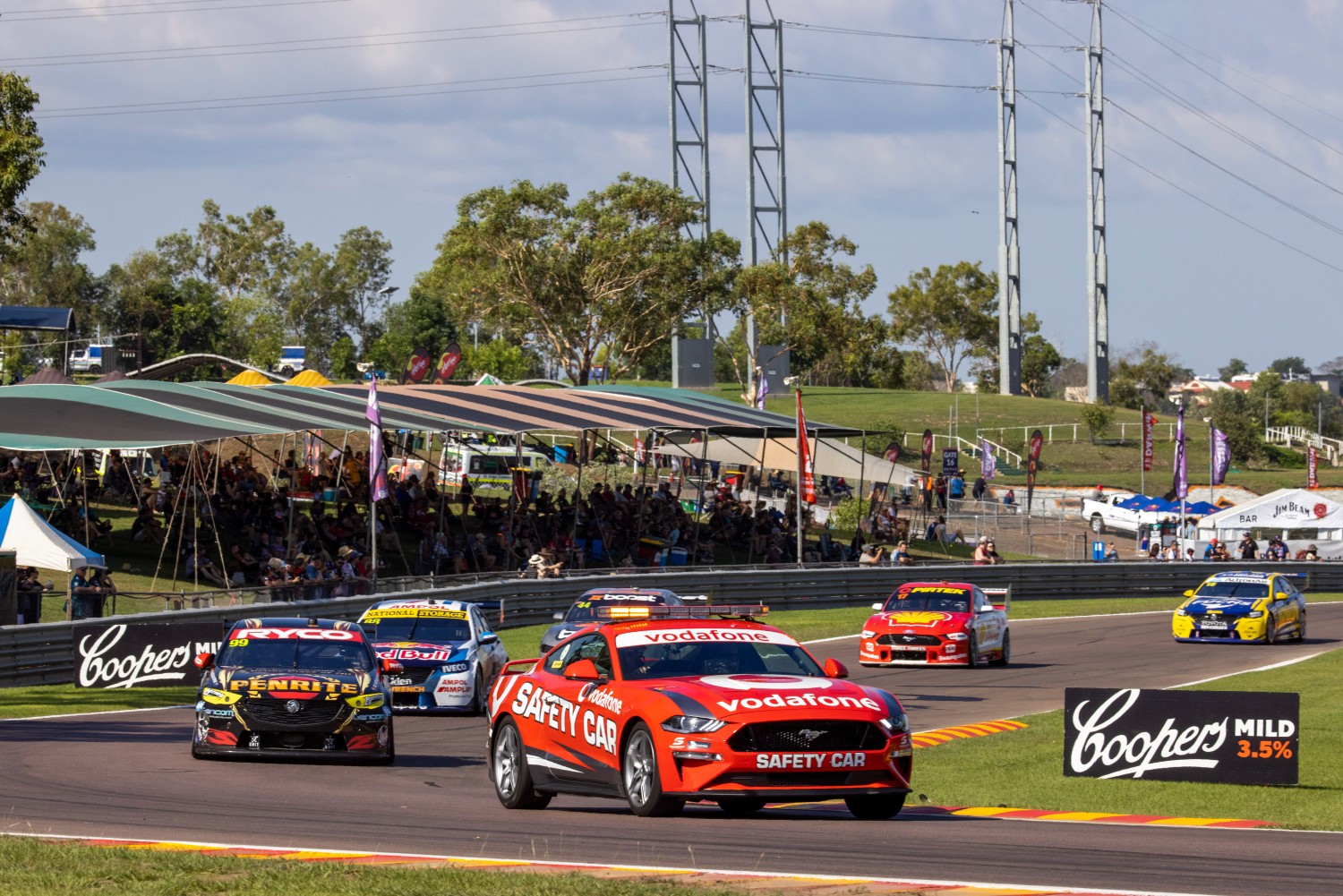 Chaos was the order of the day

Van Gisbergen was penalised for avoidable contact, having nudged Percat after he dropped a wheel off the track.

De Pasquale had also started on soft tyres and cleared Fabian Coulthard for fourth on lap 2. on the following lap, he passed McLaughlin for third.

On lap 3, Winterbottom took the lead from Whincup and set about creating a gap.

That was nullified when the Safety Car was deployed following an incident between Rick Kelly and Jake Kostecki, with the latter sent into the Turn 10/11 tyre barrier.

It came after Kelly tangled with Jack Le Brocq at Turn 7, with both cars spearing through the infield grass. Kelly was handed a drive-through penalty over the re-entry contact with Kostecki.

The drama escalated when the majority of the field dived into pit lane. Whincup was released into the path of De Pasquale, who claimed the lead through the stops.

Erebus opted to keep De Pasquale on softs, with Whincup on hards. Courtney was on softs and into third, with McLaughlin (hards) and Winterbottom (hards) behind.

On the lap 9 restart, McLaughlin nosed ahead of Courtney before the control line. He attempted to redress and fell behind Winterbottom, while Courtney cleared Whincup.

It allowed De Pasquale to skip away. Before too long, the penalties for van Gisbergen, Kelly, Whincup and McLaughlin were announced.

By lap 20, De Pasquale had cleared out to a three-second lead, Erebus firming for a first win since Newcastle 2018.

However, De Pasquale lost his margin when the Safety Car was called for a second time, this time for Macauley Jones following an accident at the exit of Turn 5.

Courtney pushed De Pasquale all the way in the six laps to the end, with the race running time certain.

An elated De Pasquale had become the 80th driver to win an ATCC/Supercars race, and also helped the #99 to its first ever race win.

He was also the second first-time winner in as many starts following Le Brocq’s Sydney Motorsport Park breakthrough.

“I was a little trapped to get out of my pit box and then Fabs was in behind Scotty, so I had to rub up against him to get past,” De Pasquale said. 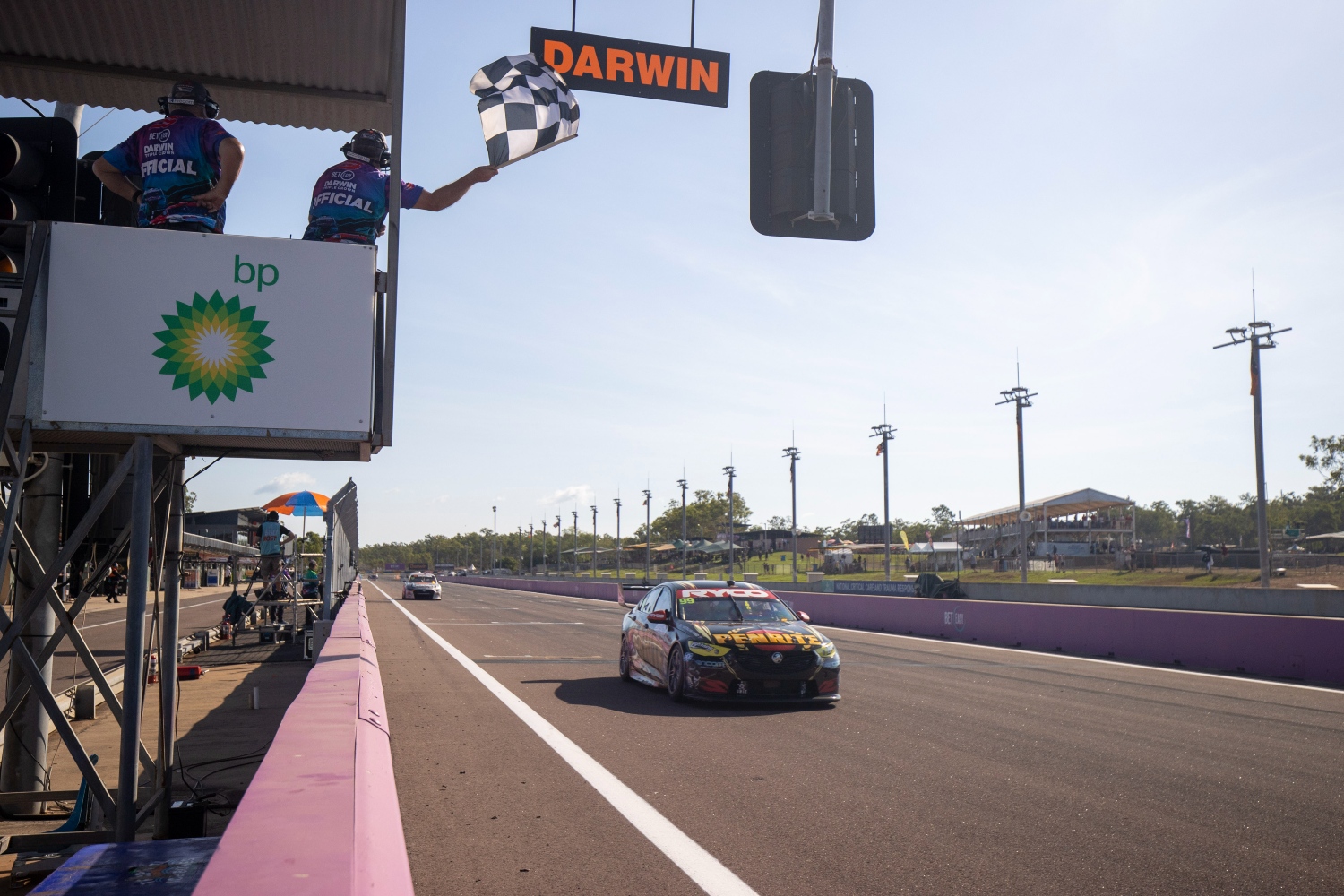 “Then Jamie came across and pushed me into the Armco. I didn’t want to hit him too hard because I had a race to race, so I was up on the armco and kind of wall-grinded that a bit.

“I had to get through because I was in a position where I had to win that race to make the strategy worth it. There was a bit of bruising on the car, but it was all worth it.

"Things are bent, for sure.

“There was a bit going on at the front but these Supercars are pretty strong and we’ve done a lot of work on the front of ours to make them strong. 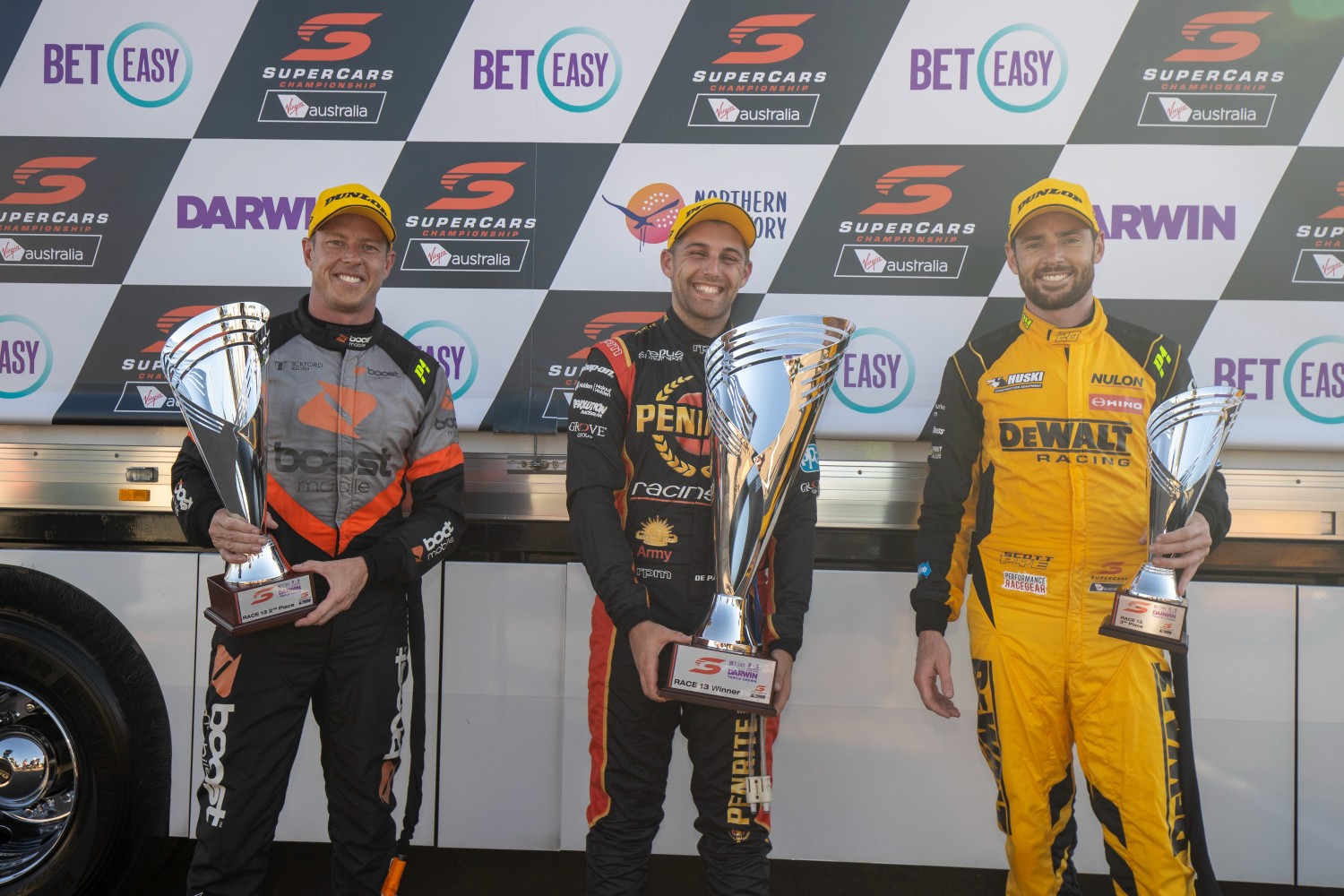 The top three in Darwin

De Pasquale would score a podium at The Bend Motorsport Park later in the season en route to eighth overall.

The solid season paved the way to a switch to Dick Johnson Racing, and he duly won at The Bend in just his 10th start with the team.

The Tailem Bend win was also the 400th for Ford in ATCC/Supercars history.