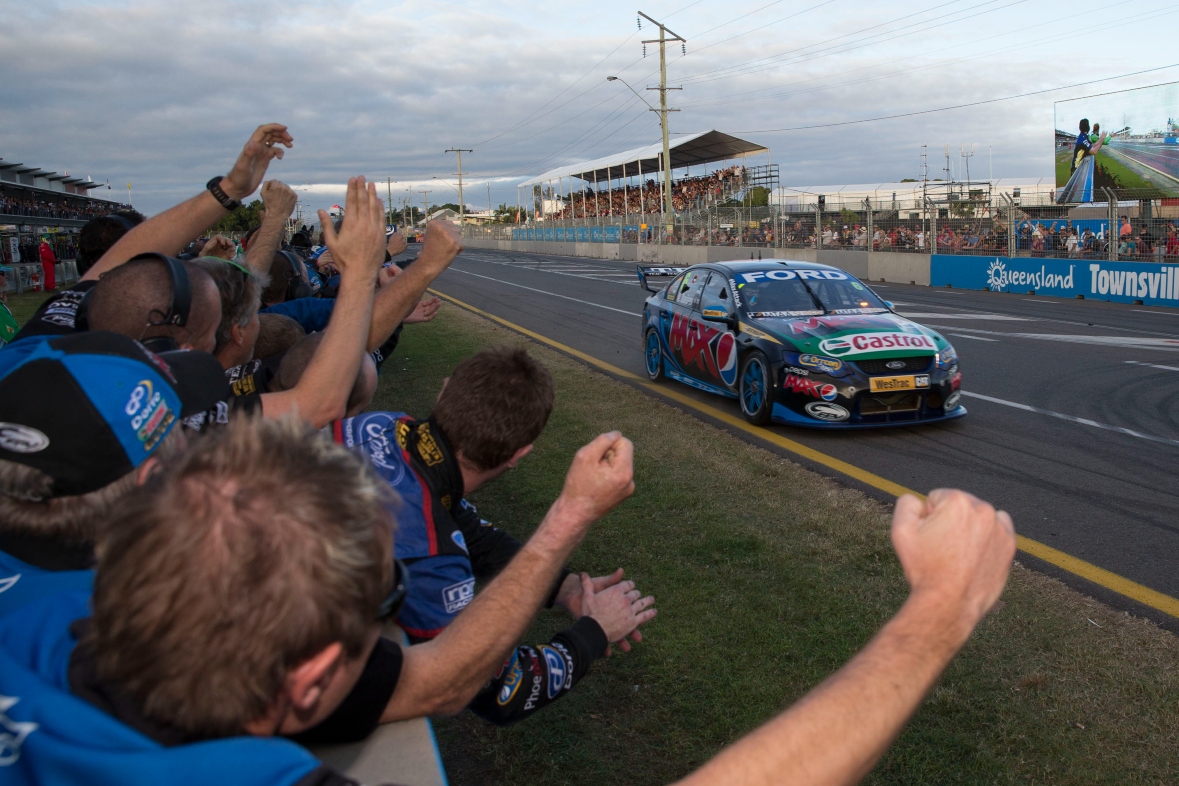 Under its Ford Performance Racing guise in 2010, Tickford Racing was one of the first team to win on the streets of Townsville.

On July 6 three years later, the Ford team claimed its most memorable Townsville win courtesy of Will Davison.

To 2021, Davison is one of seven drivers to have recorded a race win in Townsville, sailing to victory on the Saturday in an FPR one-two finish.

To date, it remains Davison’s only victory at the North Queensland circuit, with the Shell V-Power Racing Team recruit still hunting a first win of 2021.

This weekend’s NTI Townsville 500 will present another key chance for Davison to break his 2021 duck, with his last win coming in Bathurst five years ago.

It was eight years ago, however, that he scored his first and so far only Townsville victory, which remains infamous for his bungled celebration after the race.

Pole-sitter Shane van Gisbergen lost his lead to Davison off the line, but regained the front-running shortly afterwards.

Davison, who had already won in 2013 courtesy of a strong drive in New Zealand, shadowed Tekno ace van Gisbergen before drama struck in pit lane.

Van Gisbergen and teammate Jonathon Webb both received drive-through penalties for being released from their air-jacks before the refuelling process had been completed.

The two drivers would come home 17th and 22nd respectively.

Craig Lowndes, who started 12th, had shot to the lead in the opening stanza of the race, having been the only driver to opt to start on soft tyres.

With 13 laps remaining, the FPR duo, headed by Davison, began to move back towards the front. 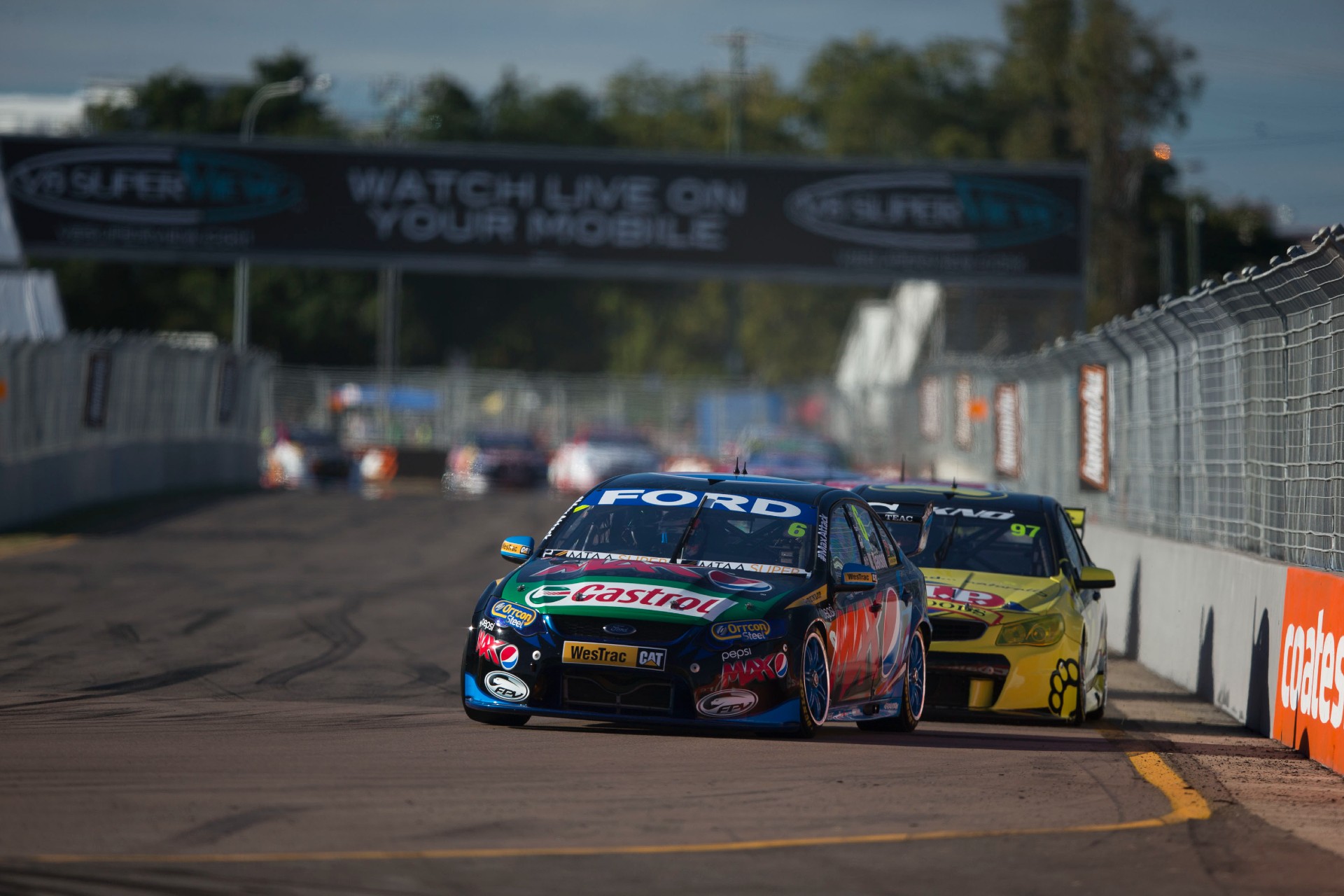 On lap 58, Davison moved into a lead he wouldn’t surrender, driving away to a 16th career win.

By season’s end, Davison was on the move to Erebus Motorsport, and waited until Perth 2015 to claim career win No. 17.

Wins in Tasmania and Bathurst in 2016 remain his most recent, with the 38-year-old scoring two Sunday finishes of second in Darwin last month to edge closer to the elusive 20th career win.

Fabian Coulthard made it around Lowndes to steal the final podium spot, with Lowndes defending from Jason Bright to hang onto fourth.

Victory sealed meant Davison had earned the right to celebrate a victory at one of Supercars’ marquee events, and opted for the run-off between Turns 7, 8 and 9 to complete burnouts.

It didn’t go completely to plan, however; on his third pirouette, Davison nudged the concrete, and jokingly radioed back to his team: "I just accidentally hit the bloody concrete!”

It would be Davison’s only blip on a day he and his team chased down Lowndes in a race devoid of Safety Cars.

At one stage, Lowndes led his nearest rival by 22 seconds.

Lowndes regained the lead with 39 laps remaining, with a hungry Davison leading the chasing pack.

Winterbottom would overtake Lowndes just three laps after teammate Davison did, with an FPR quinella a certainty on lap 61 of 70.

"We had to do something different. We opted for softs early and had a great start," said Lowndes, who never won in Townsville in 21 starts.

"But on the hards you're sliding around and it's like a cheese grater effect. I ended up with nothing to play with.” 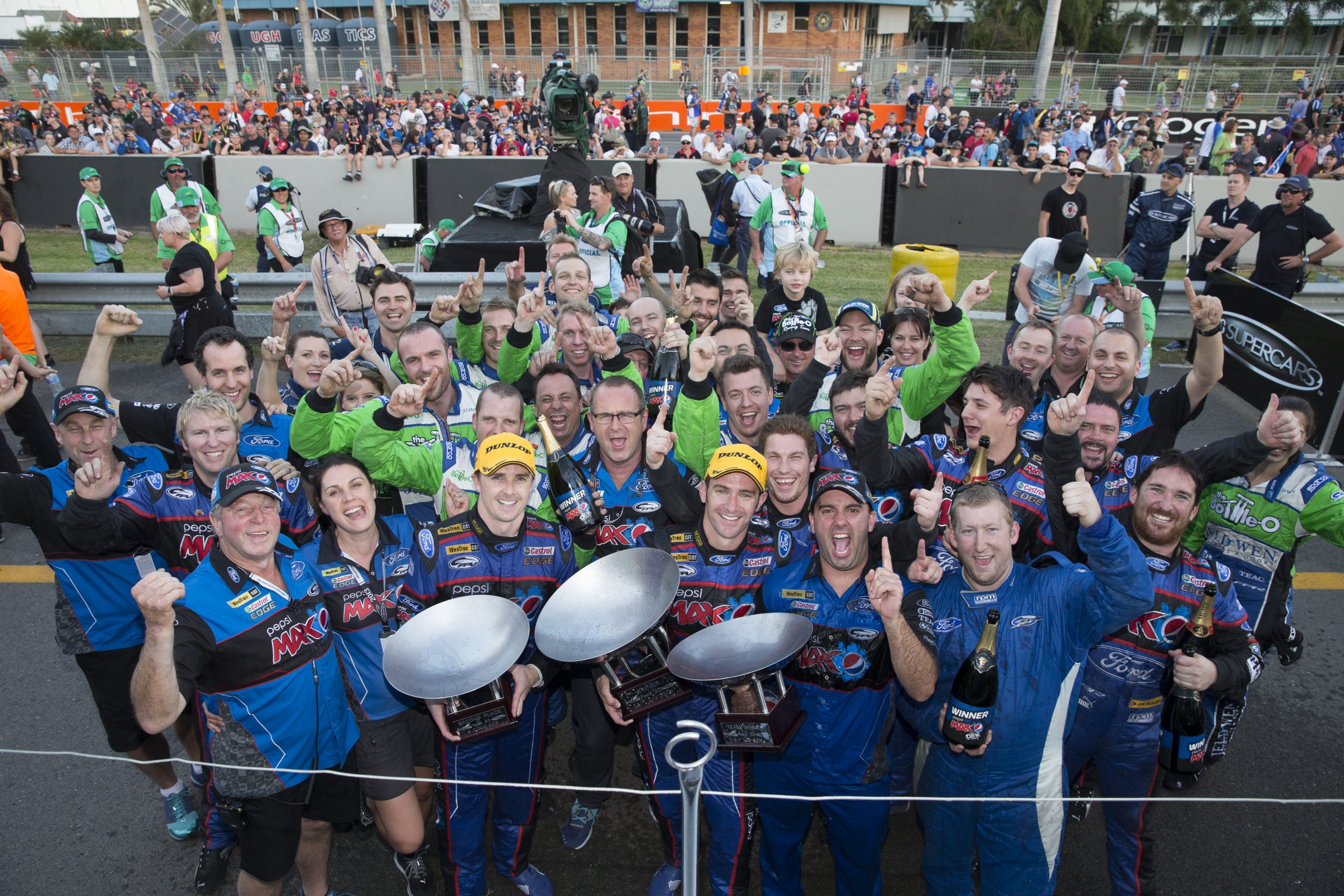 For Davison, it was a final win for FPR, and his most recent win for the Blue Oval.

"It was a really cool race from my standpoint," he said after the race.

"I really didn't know what was going to happen. Lowndsey was brave when he went to that strategy, but good on him for having a crack.

"They were updating me with Craig's pace but I literally didn't know. As soon as I started seeing Craig's car I thought, ‘We could be on here’, but I didn't think it was for a while.

"It's a very satisfying win for me."

Davison will be eyeing a second Townsville win when the 2021 Repco Supercars Championship season resumes this weekend at the NTI Townsville 500. Tickets are available here.

Pedders to back Brown Erebus entry in Townsville

Moore on how Webber shaped his motorsport career

One-lap gods and race aces: The kings of Townsville