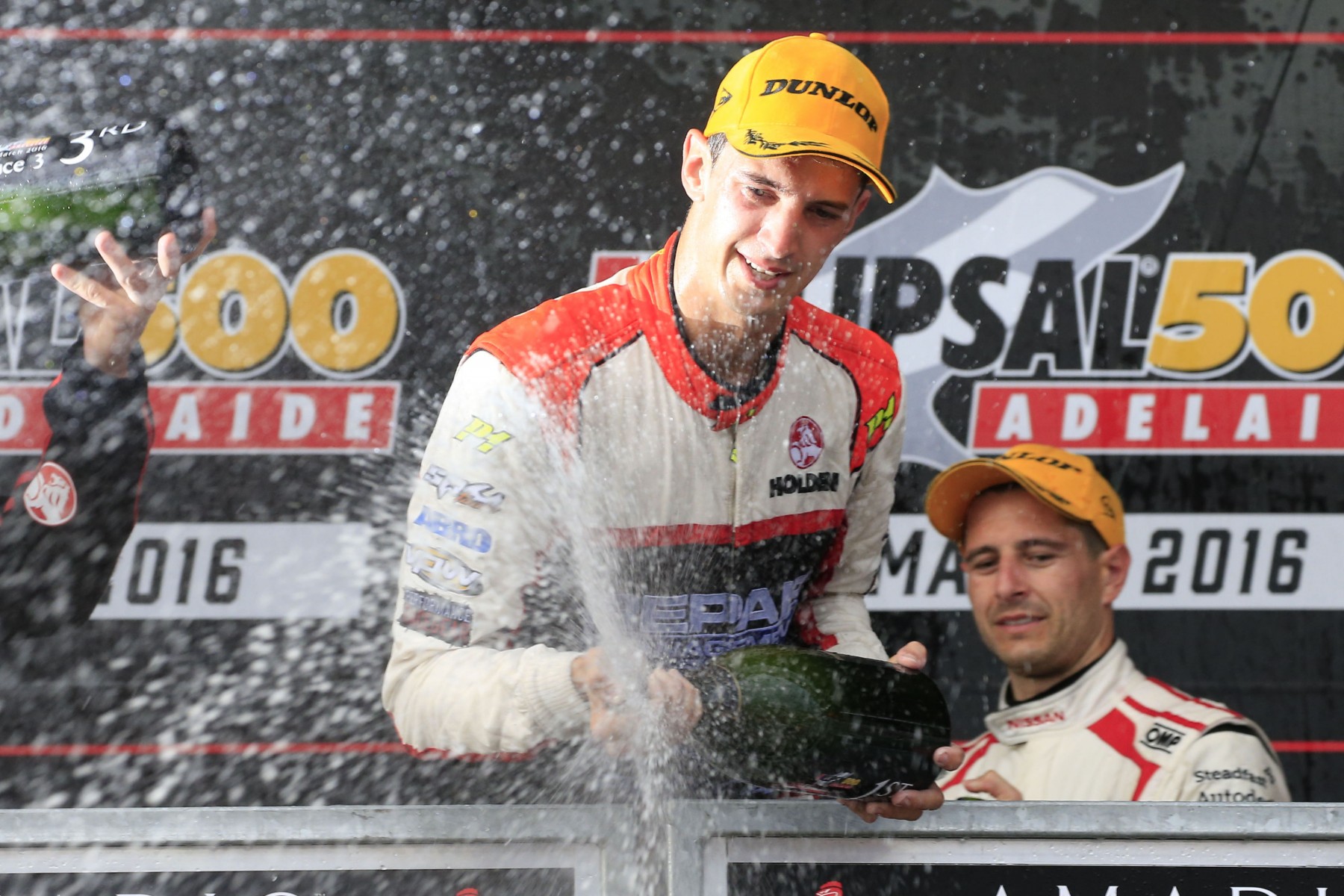 Nick Percat is determined to lock in a 2017 Supercars seat where he can reach his full potential and earn more race wins.

The 27-year old is off-contract with Lucas Dumbrell Motorsport at the end of the year and in his second season with the team, delivered its first win at the prestigious Clipsal 500.

The victory was Percat’s second in Supercars, adding to the list that begins with the 2011 Supercheap Auto Bathurst 1000 won as Garth Tander’s co-driver.

While Percat and Dumbrell are close mates, it seems Percat has outgrown LDM. Now he’s looking for a home that will offer the equipment and environment for him to race at the front with his old Dunlop Series adversaries Chaz Mostert, Scott McLaughlin and Scott Pye.

“I enjoy what I’m doing with Lucas, it’s quite satisfying and I’ve learnt a lot of stuff off-track but it does take a little bit away from the driving – and at this level when it’s so close you need to be rocking up with only one thing in mind,” Percat told supercars.com.

“So for me the next deal is crucial that I’m in the right environment because I personally know I can perform and win.

“I’ve beaten the three guys [Mostert, Pye and McLaughlin] in every category I’ve ever driven in so it’s no different now we’re in the main series… But for me, I’m not going to sit there and lie and say I’m happy coming 20th when I know I can do a lot better job than that.

“I want to be in a car that wins races.”

Percat admitted it was difficult for him seeing his peers perform in “factory style teams”.

“The resources and the budget [mean] they can keep trying to make their cars faster and pushing on,” he said.

“Their one focus is driving the car as fast as they can, whereas it’s a little bit different with Lucas’ team.

“It’s pretty well documented we are trying to get more sponsors on-board and [are a] smaller working group with less staff. I’m obviously trying to be a team leader – there’s a lot more going on in my world than rocking up and driving cars.

“So I would love to be in a position in my next contract where it’s kind of back to where I was at in 2014 where my one worry was making sure I got on the plane and drove the car fast.”

Silly season speculation has started earlier than ever with much anticipation around where McLaughlin will land. But Percat is also a player with plenty of potential.

“You never know, I’m not sure what Lucas’s plans are and all that yet, we haven’t really spoken about that sort of stuff yet. It’s only May so it’s early.”

The one name he didn’t mention is a team the rumour mill has linked him with – Brad Jones Racing, which this year runs Tim Slade, Jason Bright and Tim Blanchard.

“That’d be good … I wish!” Percat said in response to the rumour.

While many assume a natural progression for Percat is to race at the Holden Racing Team, after co-driving with Tander for three seasons and running one season there as a fourth car under James Rosenberg’s licence, Percat has his eyes on all opportunities.

“To end early at Walkinshaw, it’s not like I destroyed a contract there or anything – I still speak to Adrian [Burgess] and Ryan [Walkinshaw], there’s never any bad blood from other job.

“If a seat came up there and there was opportunity I definitely wouldn’t say no, but I’ve got to do what’s best for me and look at what’s around so I’m not just focused on going back there definitely.”