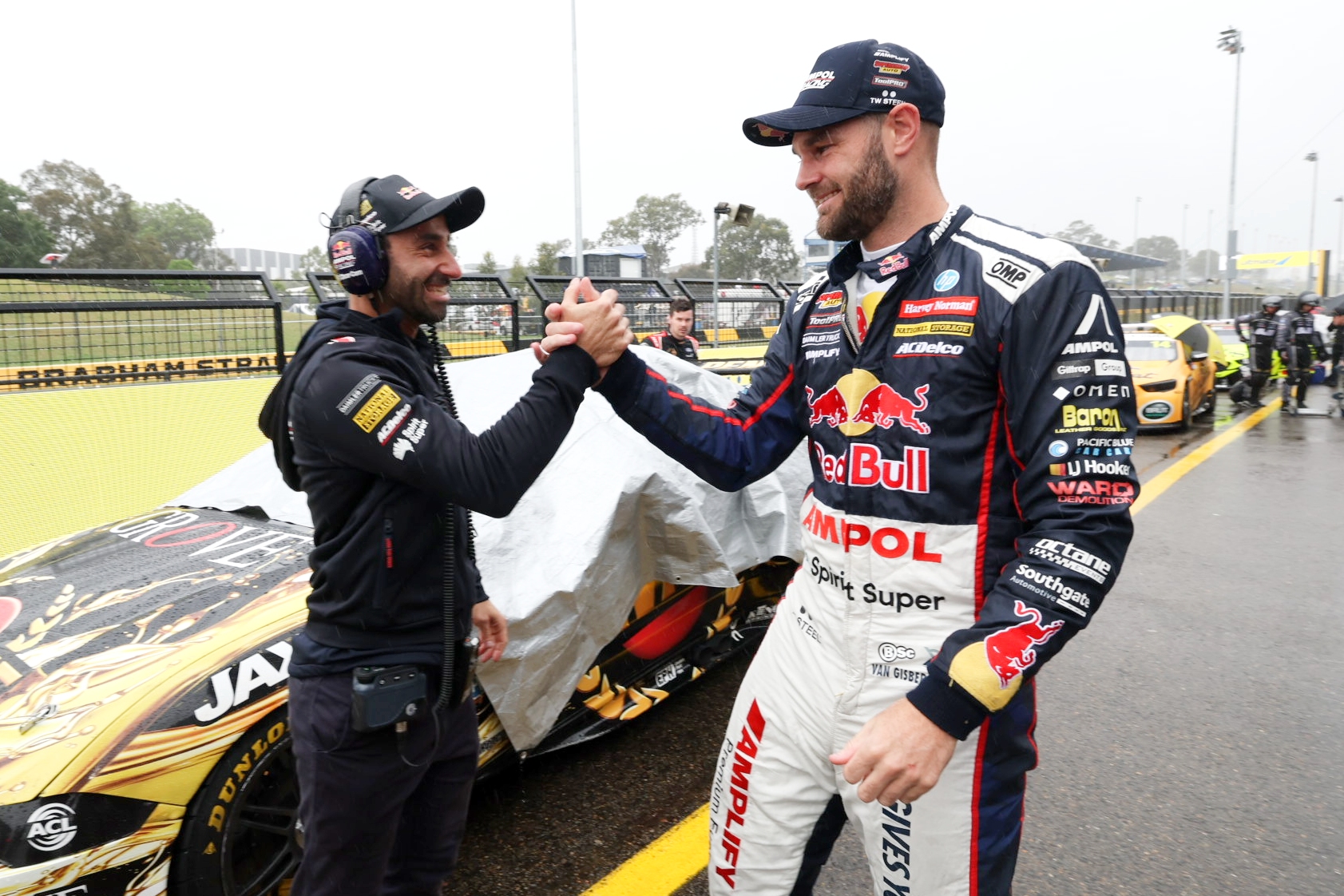 Rain has seen the second leg of the Beaurepaires Sydney SuperNight declared a non-event, with no points to be awarded.

Inclement weather lashed Sydney Motorsport Park on Sunday, in what was scheduled to be Race 30 of the 2021 Repco Supercars Championship.

With no result declared, champion-elect Shane van Gisbergen clinched his second drivers’ championship, and first since 2016.

It was the first race to be abandoned due to inclement weather since the second leg of the 2018 Gold Coast 600.

The 64-lap race was delayed by 15 minutes and commenced behind the BP Ultimate Safety Car.

Cars circulated for five laps before the race was red-flagged, with the Safety Car leading the 24-car field into pit lane.

The race was suspended at 3:45pm local time as conditions further deteriorated.

Per the regulations, points could only be awarded after 50 per cent of the race had been completed.

The race was ultimately abandoned at 4:25pm, with 5:13pm AEDT plus one lap having been the time certain finish, and declared a non-race with no points awarded.