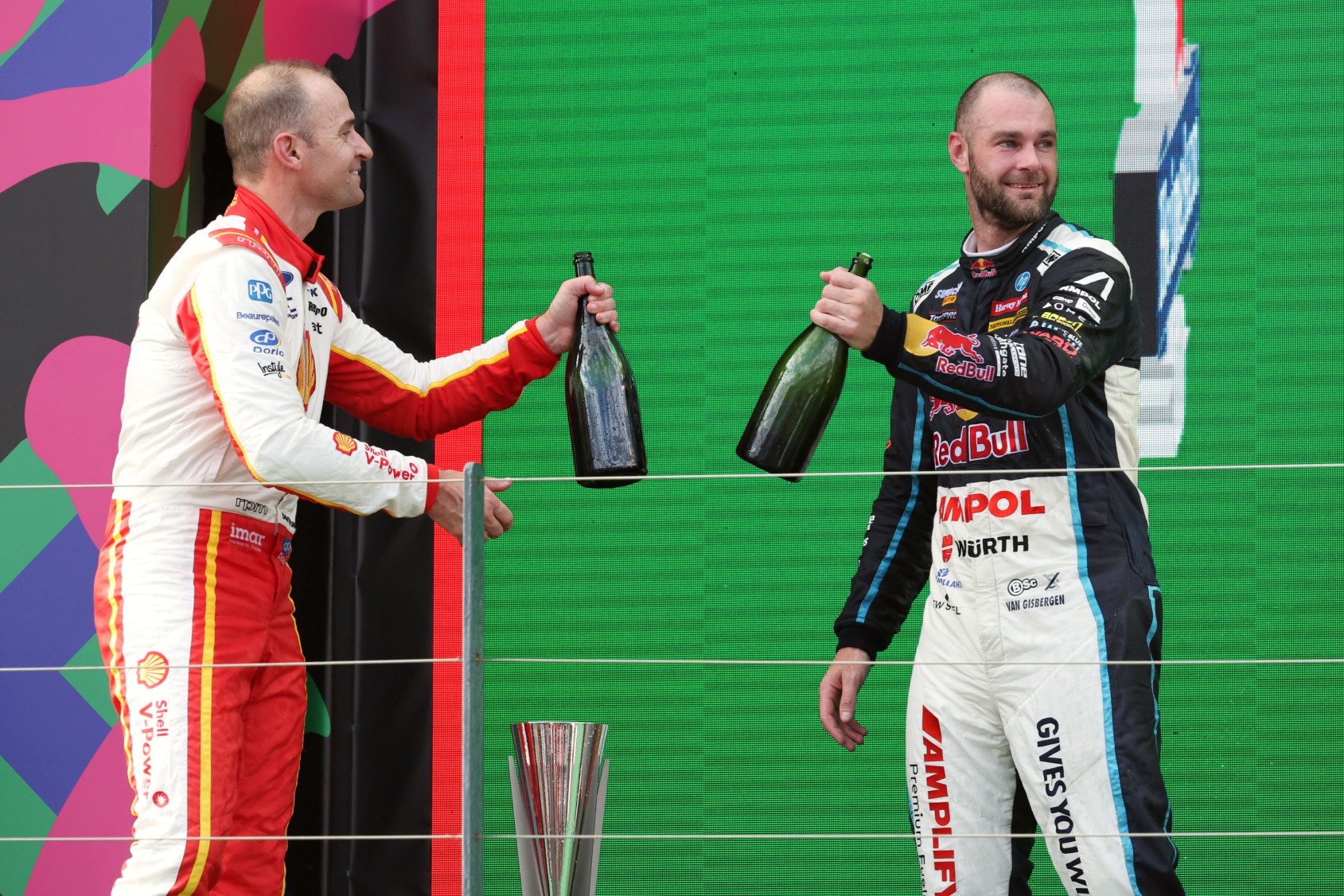 Shane van Gisbergen has downplayed his racing approach at Albert Park as he eyes a third straight win.

Van Gisbergen is in the box seat for the Larry Perkins Perpetual Trophy after dual Saturday wins.

The points leader raced from third to victory in both races, taking his season win tally to six.

In both races, van Gisbergen overtook Will Davison on track en route to victory.

The Kiwi caught and cleared the #17 Ford early in race 7, before repeating a similar move at Turn 5 in the later race.

It came a day after he raced from 23rd to third in Race 6. 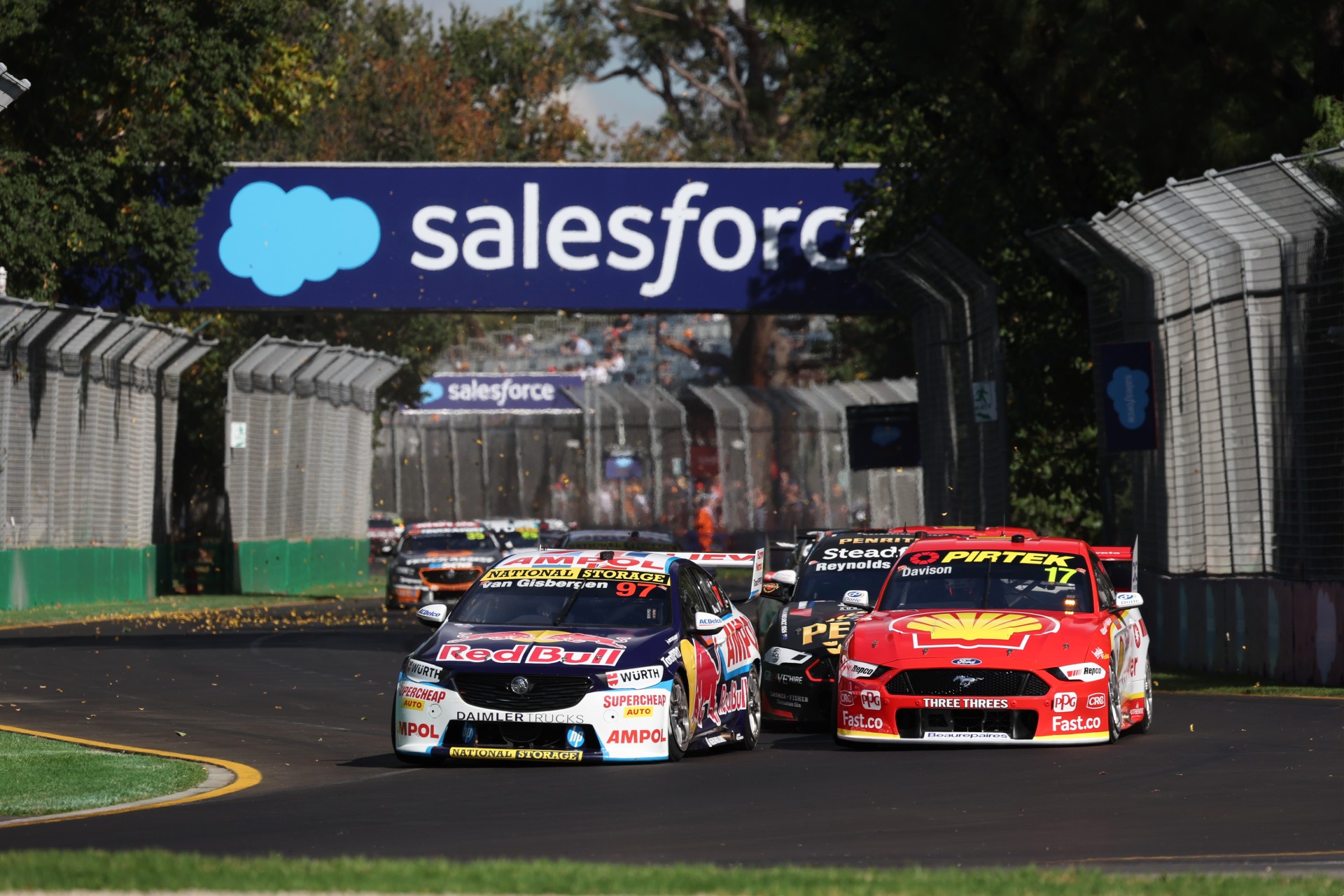 Van Gisbergen was typically coy when asked if he was relishing a possible new ‘mental’ challenge of varying grid spots and tyre strategies.

“I don’t think about that ‘mental' shit, I’m just racing,” he said.

“The racing is super fun and the battles are good… this track makes for good racing.

"I had a shot at Will at [Turn] 3 and he covered, and I switched back and got him three corners later two races in a row.

The pace of the #97 in races has been on show all weekend, and it caught the driver himself off-guard in Race 8.

Van Gisbergen emerged from the pits four seconds down on leader Davison. 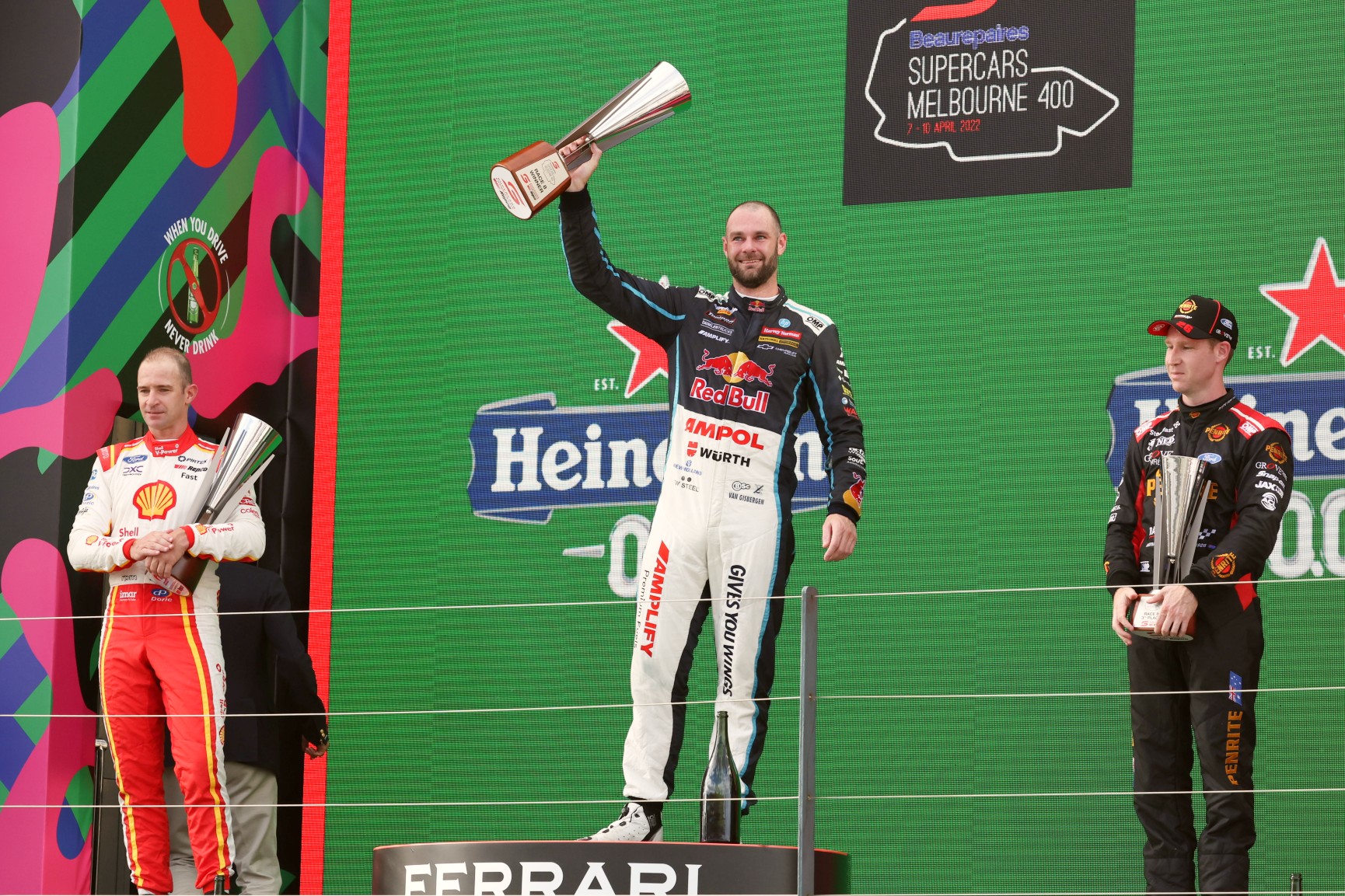 In a matter of laps, he caught and passed Davison, and turned it into a comfortable 5.6s win margin.

He will start sixth in Race 9 on Sunday, with Davison to launch from pole.

In over 450 starts, never before has van Gisbergen felt such a pace edge in races.

"I have never had such a pace advantage, it’s very cool.

"Obviously everyone will try to get quicker so there’s some little balance tweaks we could do, but pretty happy."