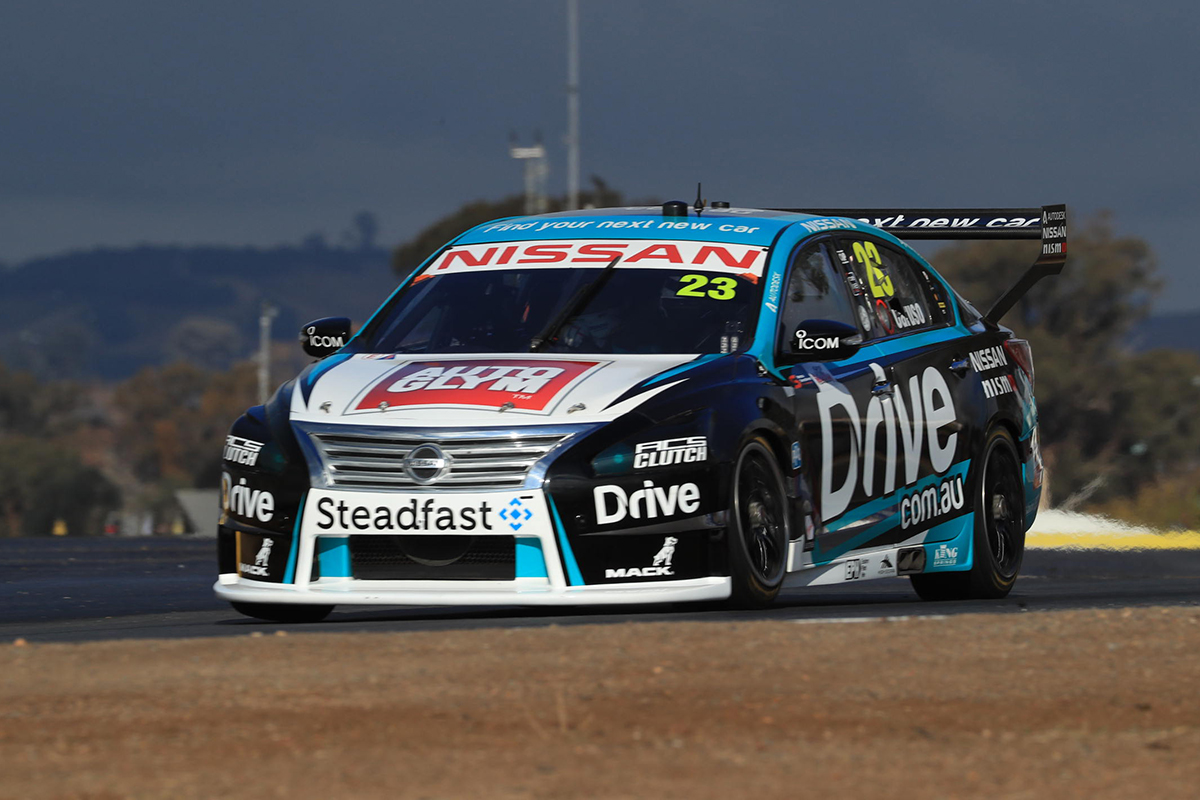 Just days after Nissan announced it will withdraw its support for the team at the end of the Supercars season, the duo proved too good in a frantic end to the day’s second 45-minute session.

Following wet weather earlier in the day, the track was good enough for slicks from the outset in Practice 2.

Caruso had gone to the top at the 27-minute mark with a 1:20.0440s, before being displaced by Kelly with 30 seconds left on the clock.

The Holdens of Shane van Gisbergen, Tim Slade and Nick Percat then put themselves between the two Altimas, before Caruso – contesting his 150th round – responded with a final 1:19.7105s.

“The boys did a great job. The car’s reasonably OK, I guess,” said Caruso, continuing the team’s recent form that included a double podium for Kelly at Phillip Island.

“It’s still pretty slippery out there. Ultimately the guys did a good job to get the car to a point where I’m reasonably happy.

“It’ll be a lot faster tomorrow as the track gets more rubber. We’ll just keep working on it.” 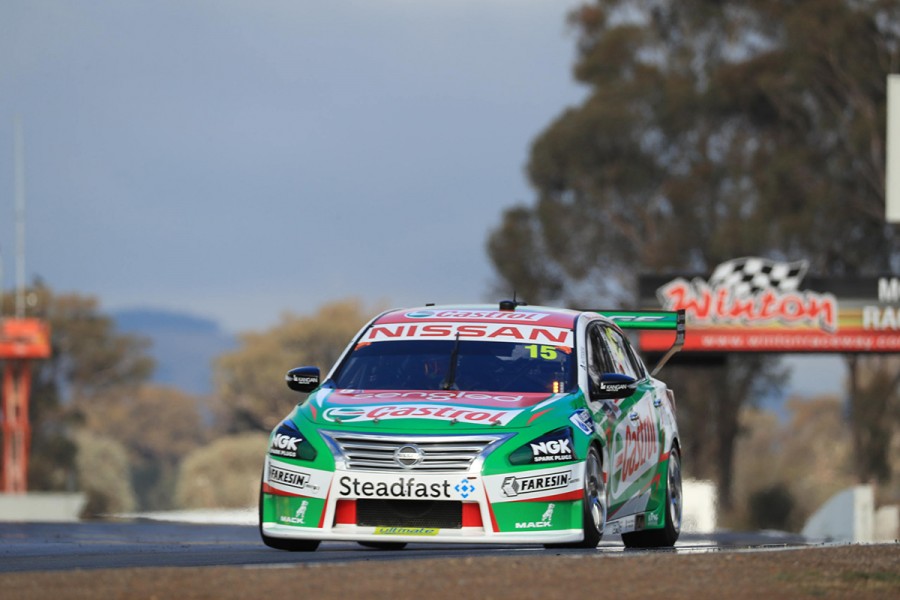 Kelly was just 0.0165 seconds adrift and, despite the strong result for the team, was kicking himself for a mistake.

“The guys gave me a really good car, [the] second set of tyres there were older, they didn’t handle great and I put the greens on and I got to Turn 1 like a monkey, way too slow.

“I’m angry that I dumped that time, but we did a good job for the rest of the lap. Clearly if I’m dumping time like that and second, the car’s good.”

Percat ended up third ahead of Fabian Coulthard, van Gisbergen and the third Nissan of Andre Heimgartner.

Chaz Mostert threatened to spoil the Nissan party by going fastest to the end of the first sector on his final lap, but could manage just seventh.

Slade backed up Percat’s strong form for Brad Jones Racing with eighth ahead of Lee Holdsworth, who bumped a slow van Gisbergen out of the way before his last run.

Scott Pye was 10th, having moved to the top of the order at the 12-minute mark when he became the first man into the 1:20s bracket.

The Mobil 1 Boost Mobile Racing Holden then spent the next 15 minutes in the garage while his crew undertook a major set-up change, before returning and clocking his best time.

Tickford rookie Richie Stanaway was the man to knock Pye from the top at the halfway mark, before ultimately ending up 13th.

Championship leader Scott McLaughlin was 15th after electing not to run his set of new hand-back tyres.

The Shell Ford driver spent the bulk of his session on a 12-lap run to assess tyre degradation, which is minimal around the Winton venue following its resurface in 2016.

“I feel strong,” he said. “That time for that tyres I think was OK.

“We might get shown up tomorrow, but we’ll see. I’m confident in the car.”

Fellow title contender Jamie Whincup was one place further back in 16th, with his Triple Eight team-mate Craig Lowndes 20th.

Jack Perkins completed the order in James Courtney’s #25 Boost Mobile Holden, with the latter unwell and spending the day at the team’s hotel.

In addition to Perkins, four other co-drivers – Dean Canto, David Russell, James Moffat and Luke Youlden - also turned laps at the start of the session, taking advantage of the dry track.

Russell and van Gisbergen both found trouble at pit entry in the early going, having to find reverse after sliding towards the tyre wall on oil left from a support category session.

A third practice will take place tomorrow morning before ARMOR ALL Qualifying.