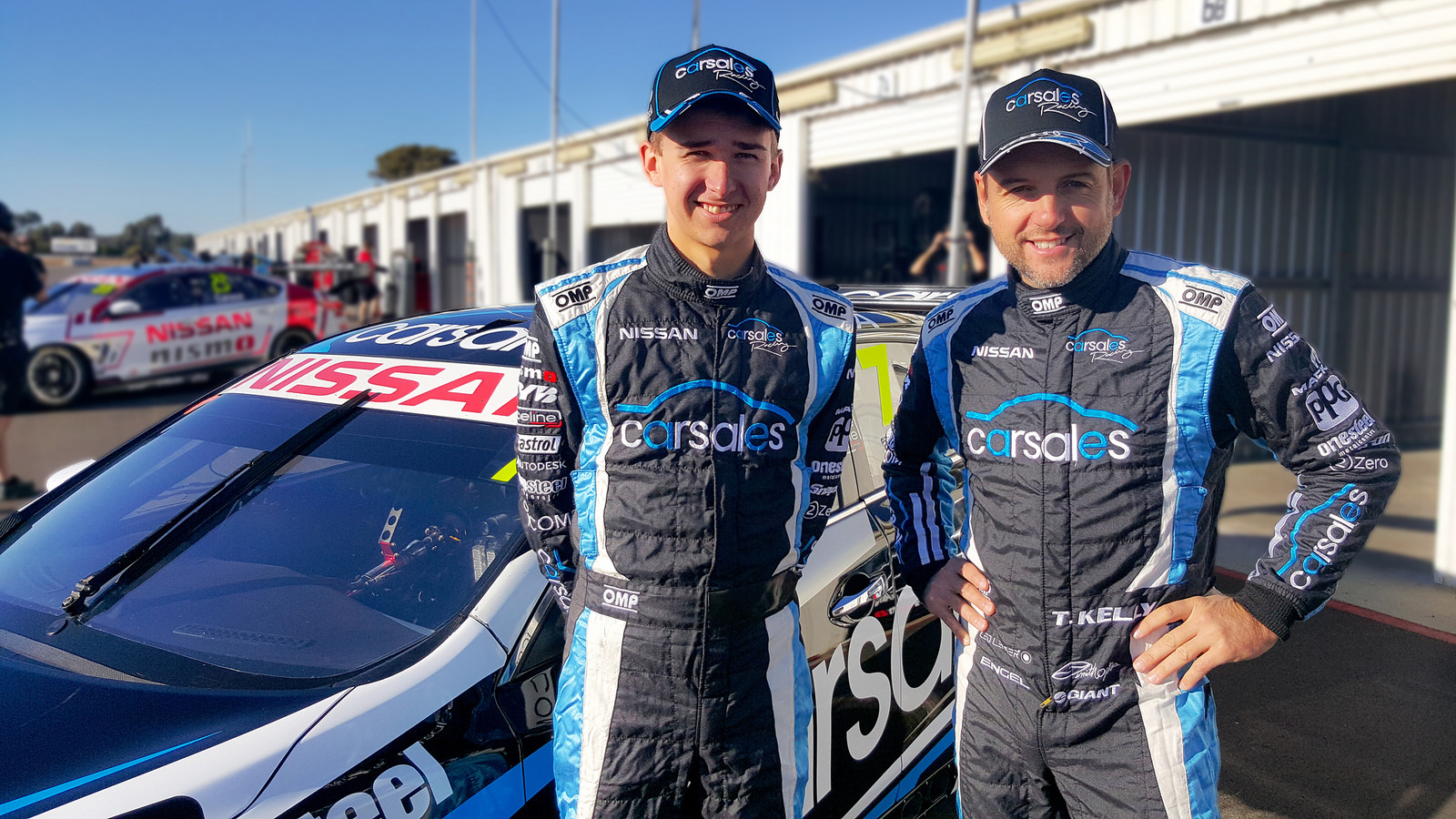 Campbell has officially been welcomed into the team at today’s Winton test, at the same location he first demonstrated his potential during the pre-season test in February.

Russell Ingall is also turning some laps at today’s test with the team, tasked to provide valuable feedback on the development of the Nissan running package.

Though he retired from full-time race at the end of 2014, Ingall got a last minute call up to race all three enduros – two with the Holden Racing Team, one with Prodrive – to replace injured drivers James Courtney and Chaz Mostert last year.

Campbell – a former recipient of the Will Power Young Achiever of the year award – has been on the radar for Todd Kelly and Nissan Motorsport for some time.

The 21-year-old currently sits second in the Carrera Cup and will use today to further familiarise himself with the team ahead of September’s Wilson Security Sandown 500.

"We’ve been following Matt’s progress and he’s really stood out in his Porsche,” said Nissan Motorsport co-owner and driver Kelly.

"After the previous test day we were all blown away with how good a job he did straight away. He was not only fast but also reliable, and he didn’t put a foot wrong. We’d been working with Matt and his people since then, so it’s great to be able to announce him as our driver for the endurances races."

“We know what it’s like to do your first Sandown and Bathurst and arrive at a big team,” he said.

“Rick and I did the same thing and while I was a little bit younger when I started my first Bathurst, Matt has got a bit more maturity and handles all that stuff no worries. He just gets in the car and switches on and does the job, so I think he’ll do a great job.”

The ability to nurture and encourage young talent proved a deciding factor for Kelly when choosing his carsales Racing co-driver.

"Rick and I have always been really passionate about giving the next generation a go and he really fits the bill with the potential he’s got. So we’re all rapt to have him on-board at Nissan Motorsport.”

Campbell was crowned Queensland State Champion for Super Sprints at 16 years old – the following year he went on to win the Queensland Formula Ford Championship. In 2014 he tool out the Porsche GT3 Cup Challenge Australia (Class B), an achievement immediately surpassed by his runner-up result during his rookie season in Carrera Cup last year.

“I’m really happy to be part of Nissan Motorsport for the endurance races this year,” Campbell said.

“Todd has a lot of knowledge behind him, so hopefully I can learn as much as I can and fast track my learning experience.

“Bathurst is the biggest race in Australian motorsport; to be a part of it is an amazing opportunity from Nissan Motorsport and a dream come true.”

The opportunity to drive the #7 carsales Racing Altima for the factory Nissan team provides a unique challenge for the young gun.

“The differences in handling characteristics between my Carrera Cup car and the Nissan V8 Supercar will require a change of technique. With the help of Nissan Motorsport, I’m sure I’ll be able to get up to speed.

“My goals now are to hone down my driving of the car, to get more miles, and simply to get to know the car better. The first opportunity was great to get behind the wheel and drive the car, this test it is time to really knuckle down and get more familiar with everything.”