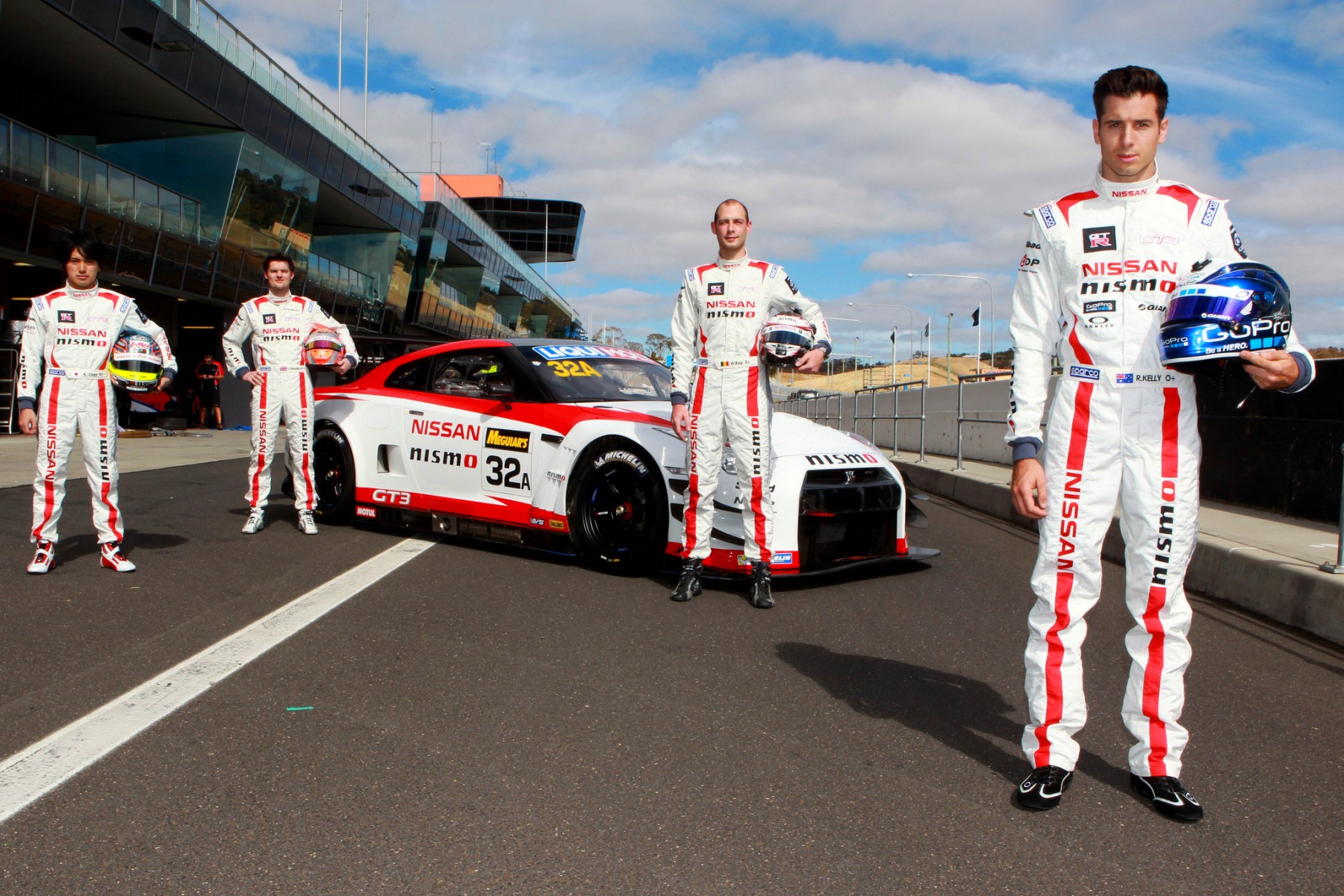 The trio will drive the #1 Nissan GT-R NISMO GT3 for the NISMO Athlete Global Team at the iconic Mount Panorama circuit, where Nissan will aim to win back-to-back Bathurst 12 Hour victories, emulating the success of the Nissan GT-R at the Bathurst 1000 in 1991 and 1992.

Kelly enters the Bathurst 12 Hour for the second time, after a strong showing in the opening stint of the race in 2014, only for the NISMO entry to fall out of the event in the early stages.

“I am really happy to be coming back to the Bathurst 12 Hour with NISMO,” Kelly said.

“We showed great pace and potential in 2014 but unfortunately our race ended early in the day. Then in 2015 the team, car and drivers all performed superbly to take a spectacular win. I was so pleased for Nissan to win, but it was tough to watch as opposed to being a part of it.

“So I’m really happy to be coming back to reunite with the NISMO team, with Chiyo-san, Florian and the Nissan GT-R NISMO GT3. That car is just amazing to drive, especially around Bathurst, where it is unbelievable.”

Kelly is a two-time Supercheap Auto Bathurst 1000 winner, as well as the 2006 V8 Supercars champion.

He is one of many big-name V8 Supercars drivers taking part in the February 5-7 event this year, lining up alongside former champions Craig Lowndes and Garth Tander, as well as rising stars Nick Percat, Scott McLaughlin and Shane van Gisbergen.

“I’m grateful that Nissan and NISMO have given me another opportunity to drive the GT-R at such a spectacular circuit and race,” he said.

“The Bathurst 12 Hour is a great way for Nissan to kick off its 2016 motorsport season, which includes programs such as Super GT, GT3 and V8 Supercars.

“The Bathurst 12 Hour continues to grow from strength to strength, so I know the competition will be fierce, with lots of strong cars and teams and a great mix of local and international drivers. I think we can be right up the front but Bathurst usually puts on crazy racing so the idea will be to play it smart and be in the mix come the last hour of the race.”

“The combination of Rick, Chiyo-san and Florian gives us a very strong line-up for our Bathurst 12 Hour title defence,” said.

“We had very accomplished drivers from all over the Nissan world keen to race our new Nissan GT-R NISMO GT3 at Bathurst. In the end, we are pleased to be giving Rick a second chance to race in the Bathurst 12 Hour, alongside Chiyo-san, who had an outstanding season in 2015, and Florian, who did the GT Academy program proud with last year’s win.

“The 2015 Bathurst 12 Hour victory was a momentous occasion for Nissan and NISMO. Our aim is to repeat the success of 1991 and 1992 and give the GT-R back-to-back Bathurst wins, but that will be a tough task given the very high level of competition in this year’s race.”