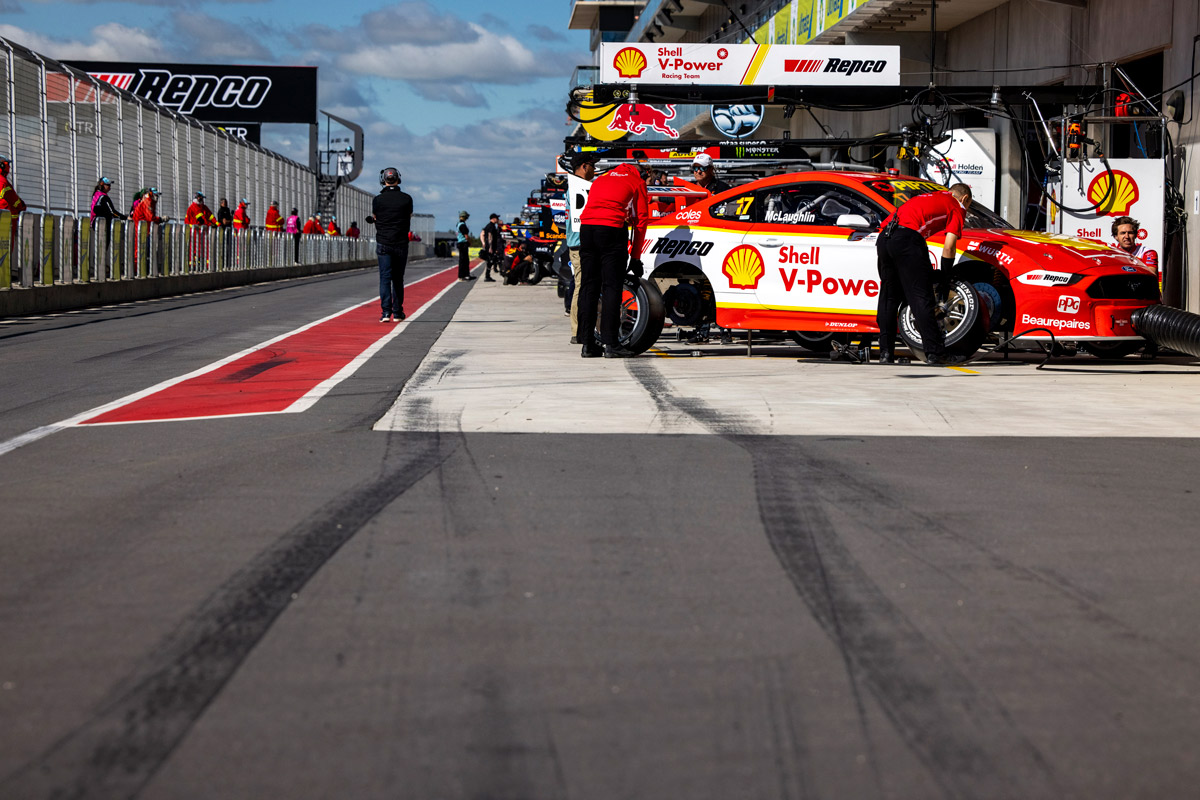 The OTR The Bend SuperSprint this weekend will not only be pivotal to the 2020 drivers’ title race; the championship’s penultimate round will have pit crews on edge for a grand prize of their own.

Nine cars remain in with a mathematical chance of making the PIRTEK Pitstop Challenge’s top four from an eight-round regular season.

Every race not affected by a Safety Car since the sport returned from the COVID-19 break has counted towards the competition, with the fastest pitlane transit on a compulsory stop from each heat awarded 24 points down to one point for the slowest.

Brad Jones Racing continues to lead the way and are all but guaranteed one semi-finals berth thanks to their Nick Percat entry holding a 38-point lead.

From there, it tightens up.

A little further back, Tickford Racing still has three cars in with a slight chance, while early competition leader Penrite Racing/David Reynolds is the lowest-ranked competitor still within reach of a top four spot.

The PIRTEK Pitstop Challenge semi-finals and grand final will be held on the night of Thursday October 15 as part of a special extended Bathurst coverage on Fox Sports.

BJR are the defending champions and are again well in the hunt for the $20,000 major prize.