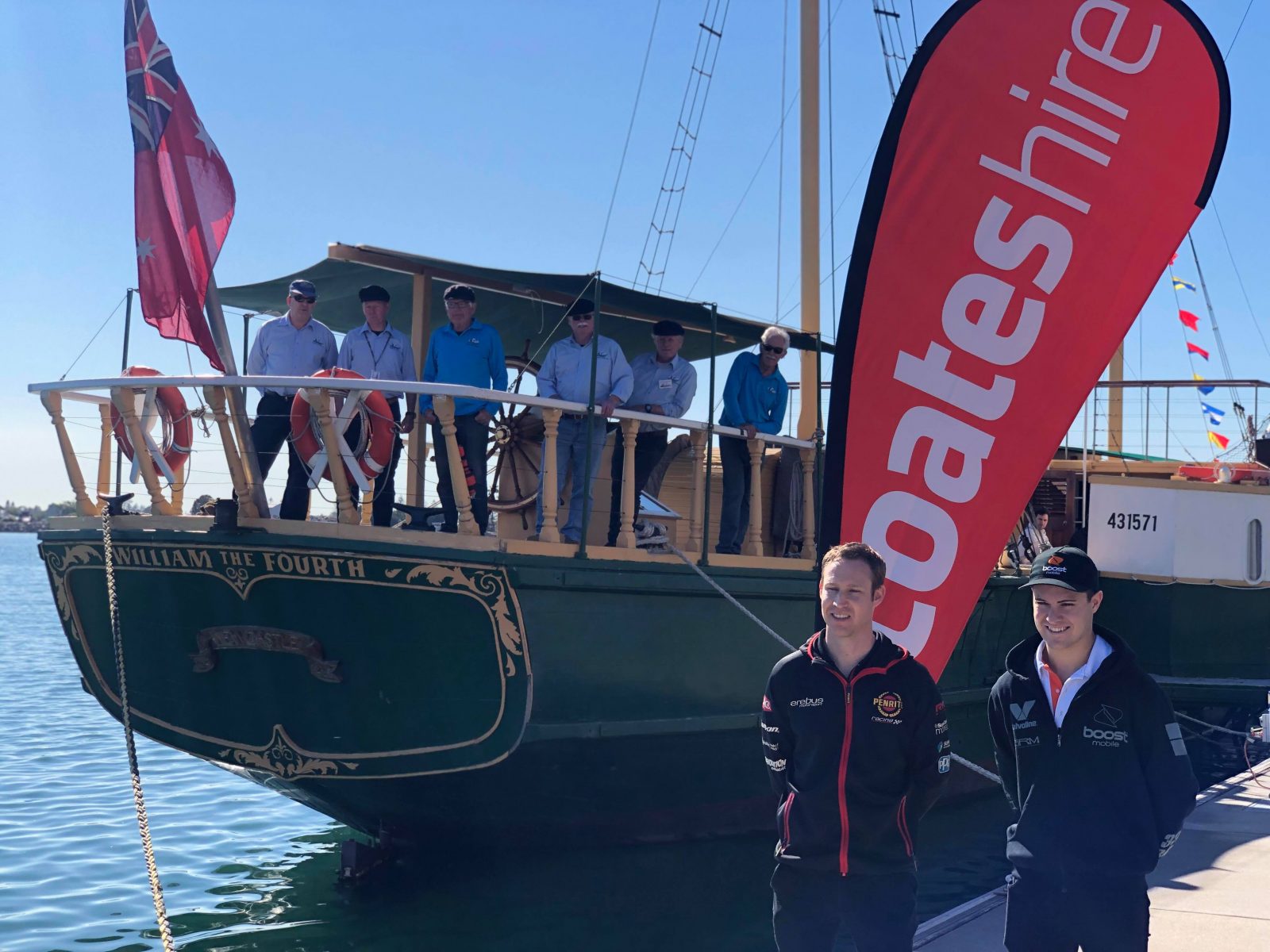 The countdown is at 100 days until the Coates Hire Newcastle 500 and the event’s most successful driver David Reynolds already knows what he plans to be gunning for by that point.

The Penrite Racing spearhead is having another excellent campaign aboard his #9 ZB Commodore to be positioned sixth in the standings ahead of the OTR SuperSprint next weekend.

That’s not quite the ceiling of his ambitions, however.

Rather, Reynolds has set the aim of delivering a pair of team-best benchmarks by the time they leave the Newcastle season finale, which will run November 22-24.

“If I could end up in the top three, that’s an extremely successful year for our team,” said the 34-year-old, who was joined in town today by GRM’s James Golding in boarding the historic William the Fourth ship at Honeysuckle Wharf as well as visiting Treetops Adventure Park. 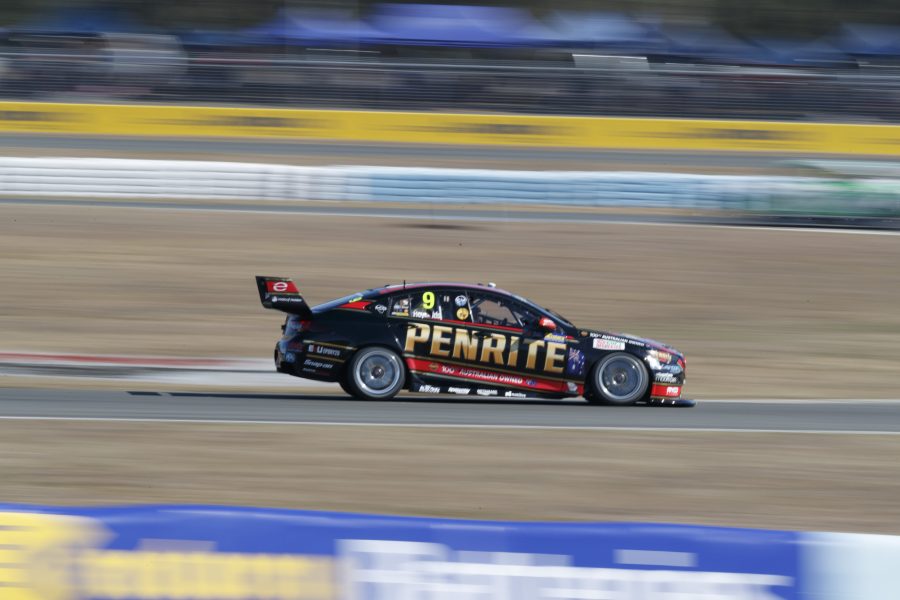 Reynolds is 158 points behind third-placed Shane van Gisbergen – the leading Holden driver in the series – with Chaz Mostert and Jamie Whincup between them.

His career-best end-of-year standing is third in 2015 at Tickford Racing but his best since switching to Erebus the following season is fifth last year.

Erebus, who also field Anton De Pasquale, have never bettered fourth in the teams’ standings and as recently as 2016 were languishing in 11th.

Fourth is where they currently sit, 166 points behind the Mostert and Lee Holdsworth half of Tickford.

As for Newcastle itself, it has quickly cemented itself as one of the category’s premier events in not only the eyes of fans but Reynolds as well.

In four races at the street circuit, Reynolds has placed fifth, third, second and first to have the biggest points haul in Newcastle’s brief history.

“I love driving the track,” he said.

“It’s full on, you have got to be full concentration the whole time.

“There’s nowhere you can have a little break down the straights because you’re constantly turning and the walls are super, super close and some of the parts of the track are really high speed and really rough, heaps of bumps.

“The car is moving around, dancing all of the time. You have got to be on top of your game there.

“Besides the track, I actually love the city: they really put on a good show, they support it really well. It has quite a big crowd, the concert is really good.

“It’s probably one of the best weekends of the year.”

More than 162,000 fans headed along to the 2018 edition and another bumper crowd is expected this year.

Tickets are still available for purchase, including access to the event’s Saturday night concert featuring KISS and The Screaming Jets.