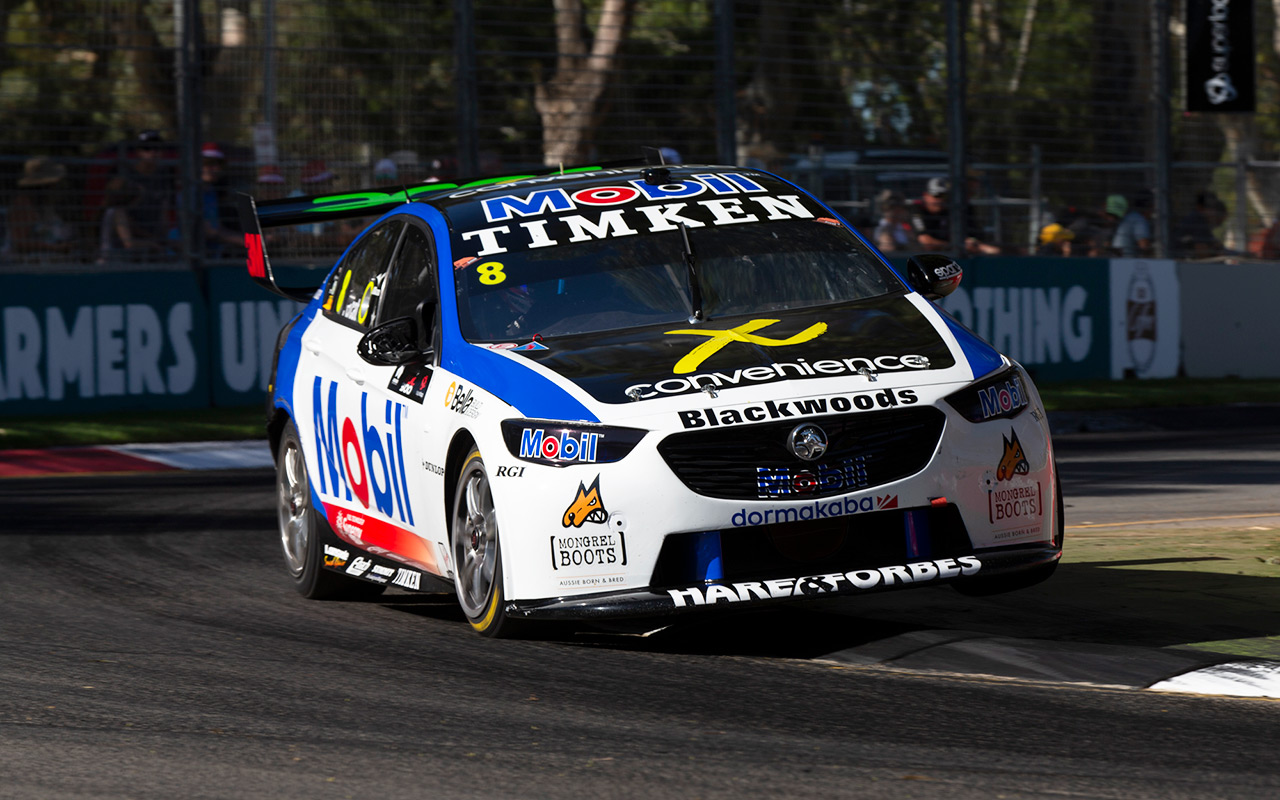 Seventh in Sunday’s second leg of the Superloop Adelaide 500 marked a strong result for Nick Percat, on a weekend hampered by issues with his new Commodore.

The 2016 Adelaide 500 winner and local star had made the ARMOR ALL Top 10 Shootout on Saturday, but his race unravelled before it even began.

A steering failure on the warm-up lap necessitated a trip to the garage on lap one; eventually returning to bank points in 22nd place, 13 laps down.

On Sunday the Brad Jones Racing driver turned 13th on the grid into seventh by the flag, despite driver cooling and anti-rollbar issues that made for a challenging afternoon.

"It was an eventful, tough race. I'm glad the pre-season training was good, because we had no drink and cooling going on from about lap two, so that was joyful,” he recounted post-race.

“I kind of cooked myself and I know the rear roll-bar has snapped and the front roll-bar is stuck I think at full stiff, and all that system has also failed.

“So effectively I had no front or rear roll-bar, no cooling, no drink and yeah, happy to get on a plane and go back to Melbourne!”

Percat paid thanks to his crew - and particularly engineer Andrew Edwards – for their efforts amid the difficulties.

“The amount we had going on this week and I don't know why, the new car was just being a bit of a diva with bits and pieces going on,” he continued.

“But credit to the boys, my engineer AE knows when I go quiet something is going on and I think I was quiet for 50 laps. He just walked me through it…

“Honestly seventh when you don't have suspension parts really connected and a driver who is just delusional and cruising around is not too bad.”