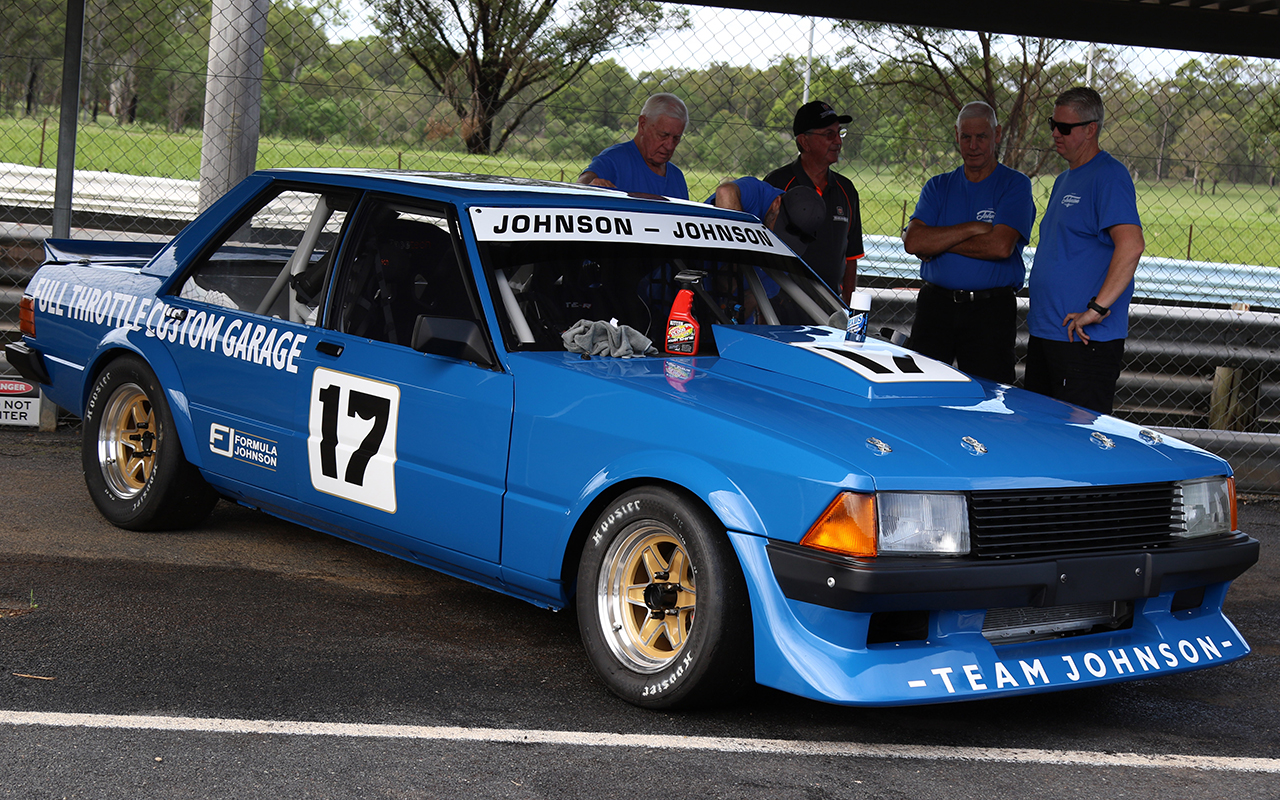 Team Johnson’s freshly built ‘Tru-Blu’ XD Falcon has made its track debut at Lakeside, with Dick and Steven Johnson sharing the driving duties.

Years in the making, the car has been built for Steven to drive in the Touring Car Masters series, beginning with the Superloop Adelaide 500 later this month. 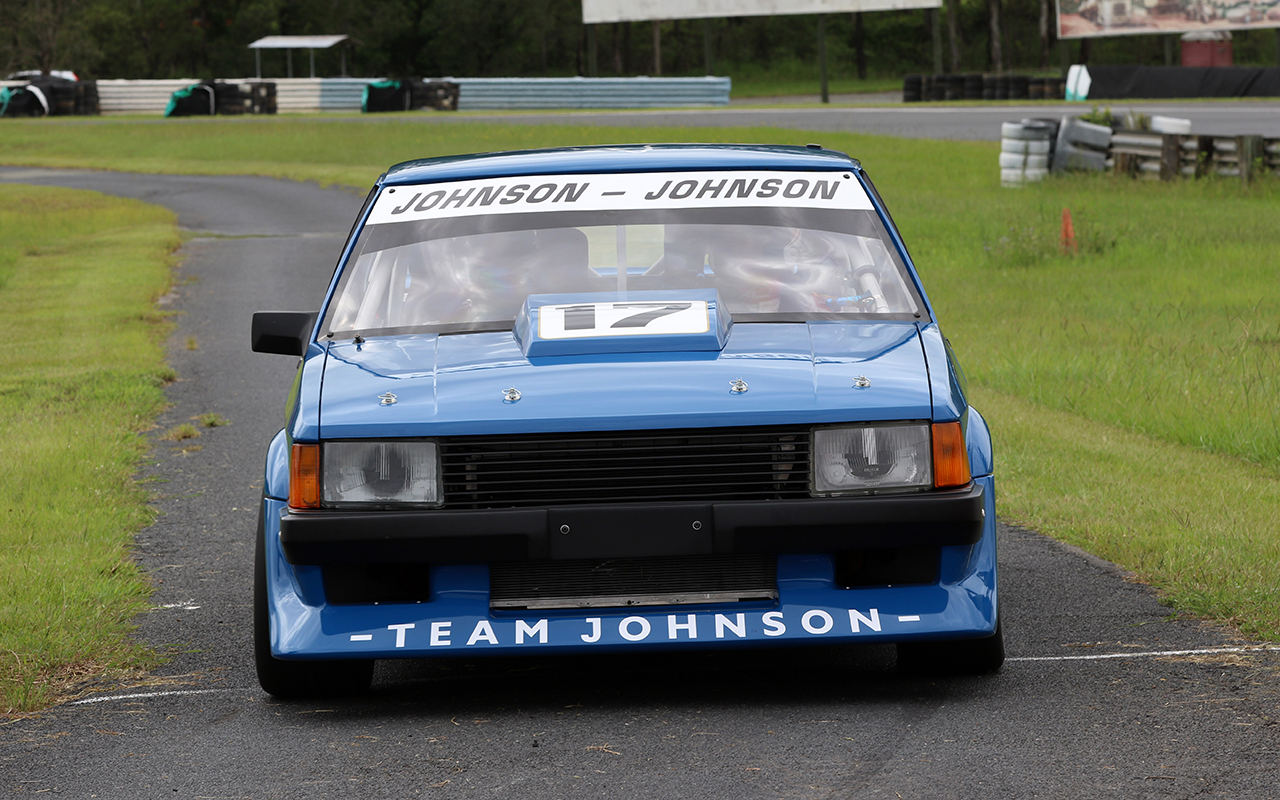 Today’s Lakeside outing is a ride day, where fans have paid up to $2,000 to cut laps in the passenger seat alongside the 74-year-old Supercars Hall of Famer.

The car is a throwback to the original Tru-Blu Falcons raced by Johnson in the early 1980s, which thrust him to national prominence. 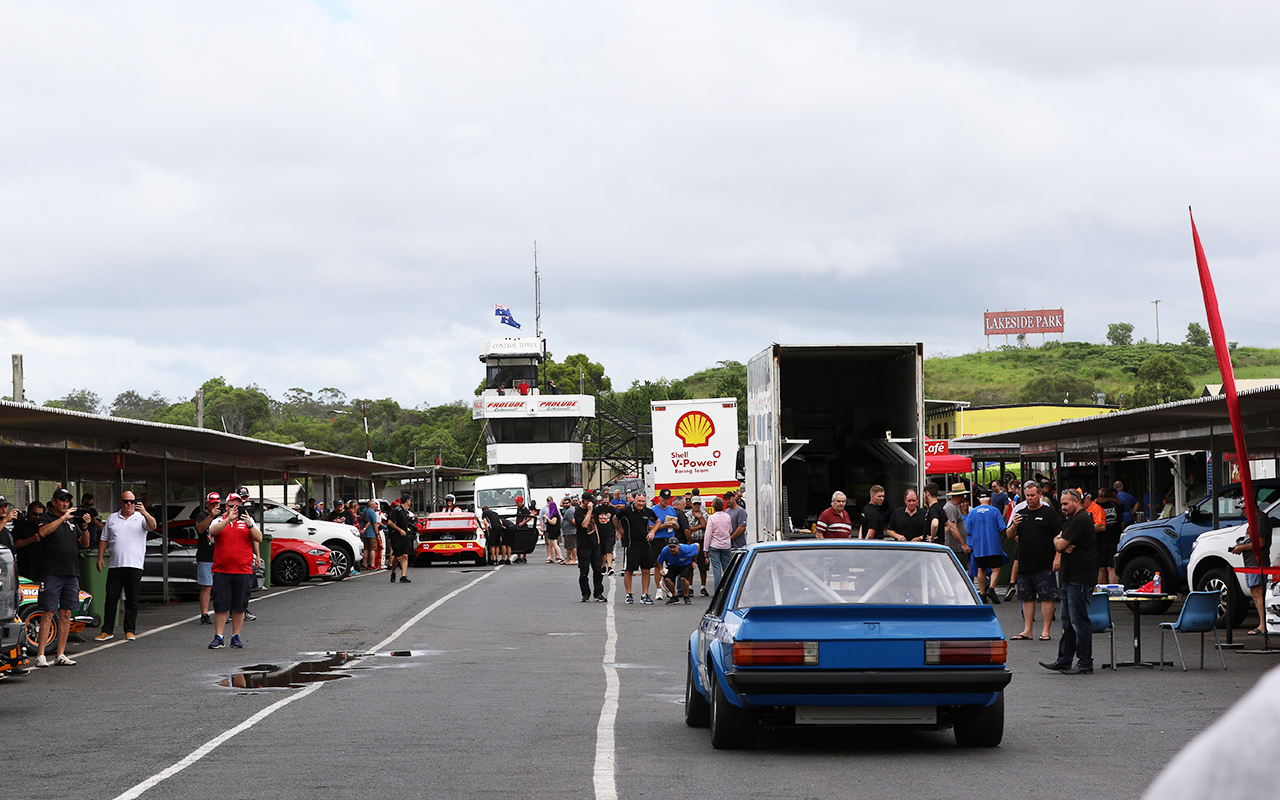 Johnson invested his life savings into the original car in 1980, only to strike a rock while leading in the early stages of that year’s Bathurst 1000.

A subsequent public fundraising drive on the race’s television broadcast gave Johnson the funds to build a replacement car for 1981. 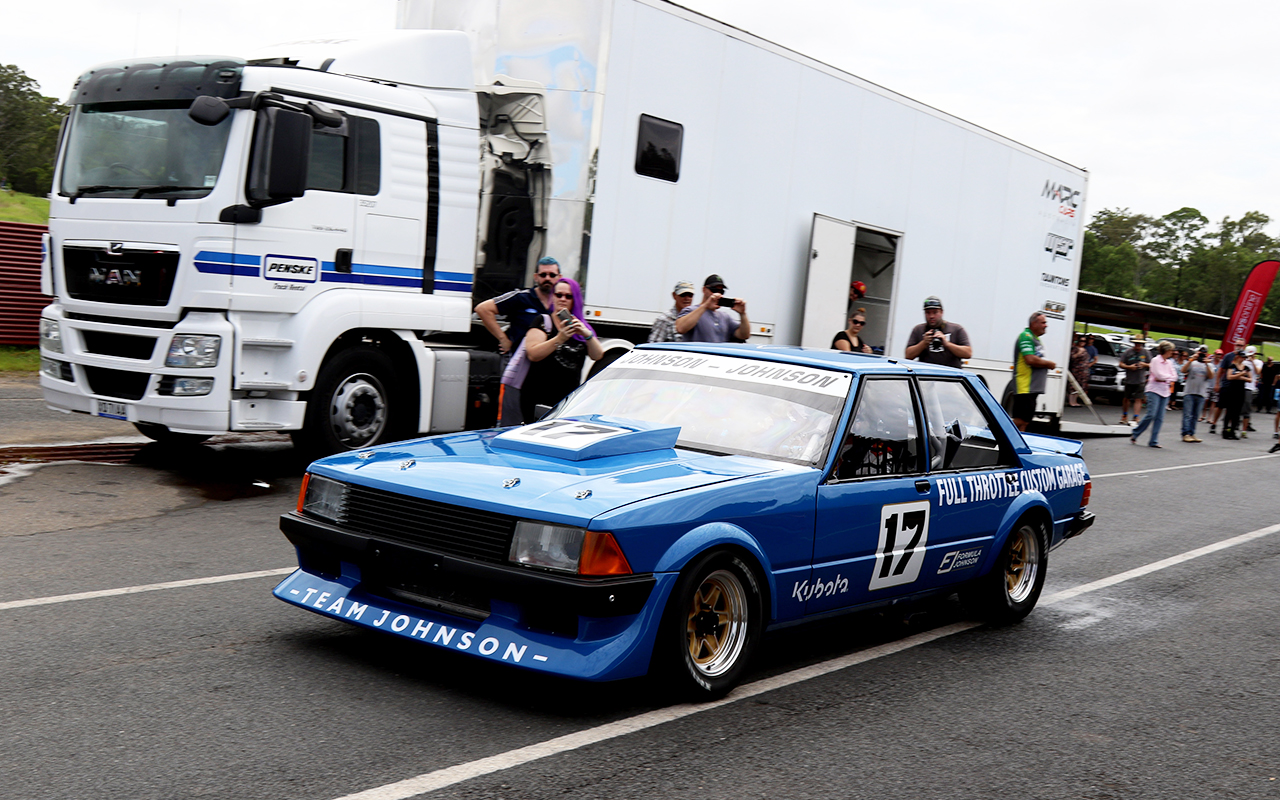 He went on to win that year’s Australian Touring Car Championship and Bathurst 1000, cementing his place as Ford’s new racing hero.

The Team Johnson XD is sharing the Lakeside circuit today with a Shell V-Power Racing Mustang Supercar, which is also taking passengers for hot laps.