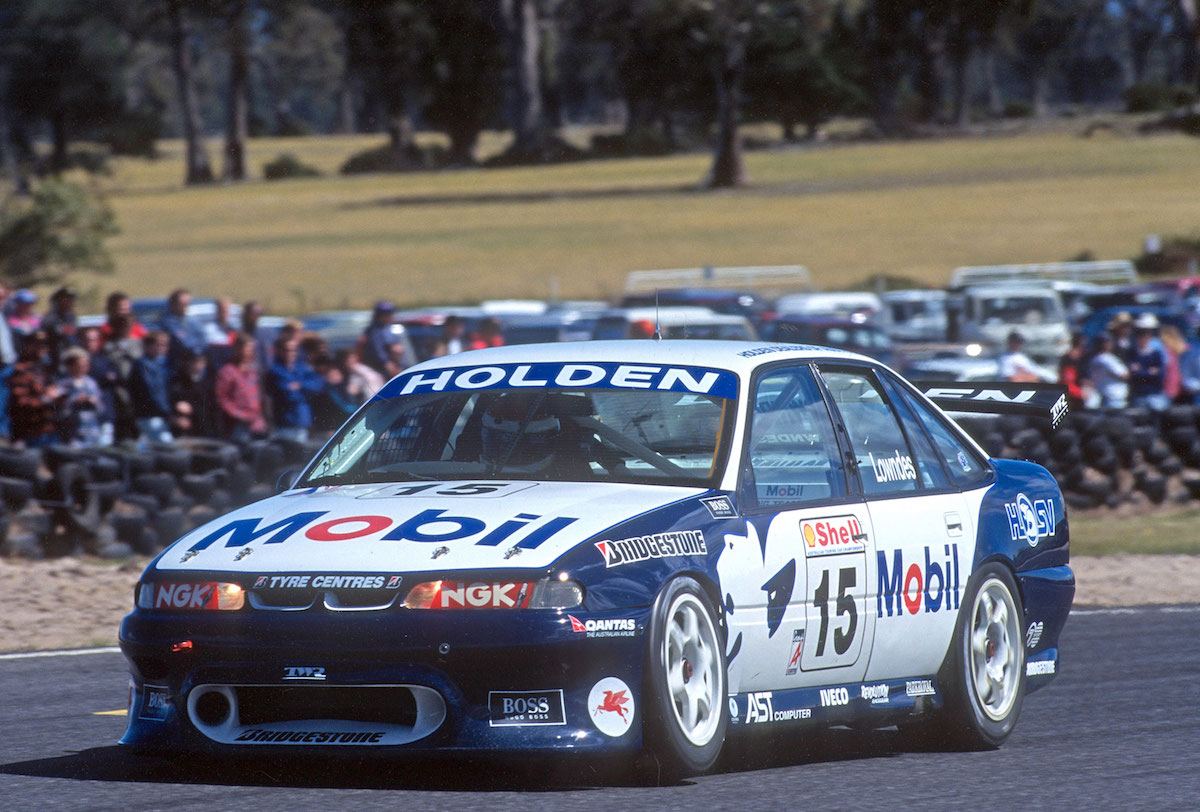 A range of never-before-published photos will feature in a new, limited-edition book celebrating 500 race wins for Holden’s Commodore in the Australian Touring Car Championship and Virgin Australia Supercars Championship.

Available now to pre-order and due to be delivered in October/November this year, the 360-page hardcover book will feature all 500 race wins with imagery of each winning car supplemented by a range of statistical data and historic information. 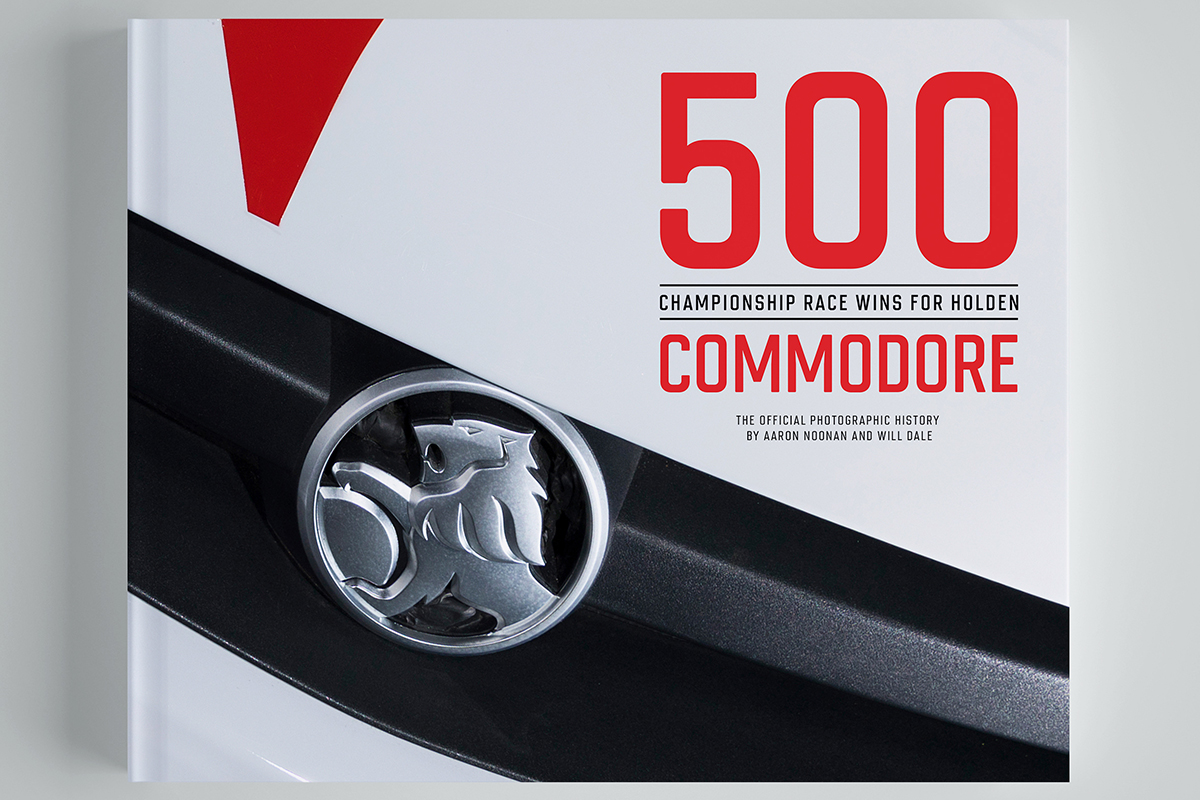 A numbered, limited-edition and officially-licensed Holden product, the book celebrates the Commodore’s 500 ATCC/VASC race wins and will include a range of engrossing data and information relating to each race.

Commodore’s first ATCC/VASC race win came via Peter Brock’s VB model at Symmons Plains in Tasmania in 1980 with the 500th win via Shane van Gisbergen and the ZB model in Townsville last month. 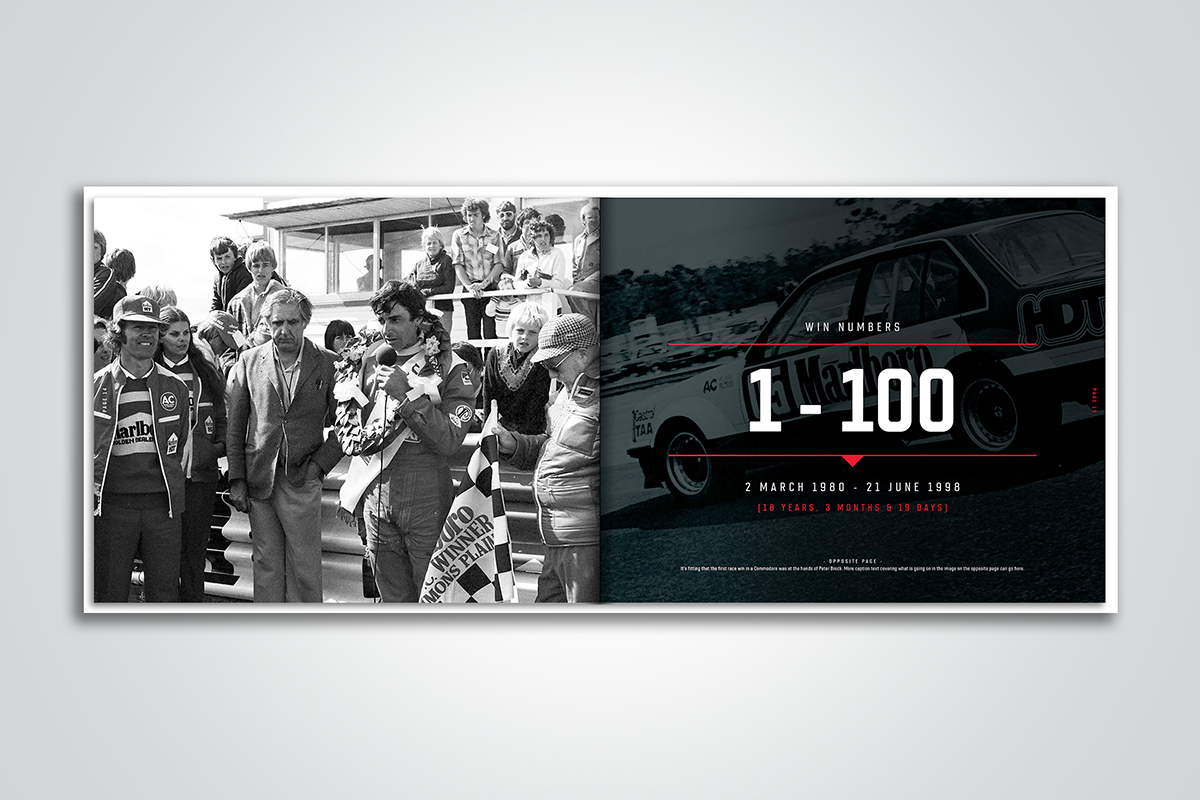 “Last year we published two books focused on photos of every Ford and Holden to compete at Bathurst and this new release is our latest project along similar lines,” says book co-author and Supercars.com regular contributor Aaron Noonan.

“It’s a real keepsake for Holden fans and is a true compilation of an impressive milestone told in a unique, V8 Sleuth-style way. 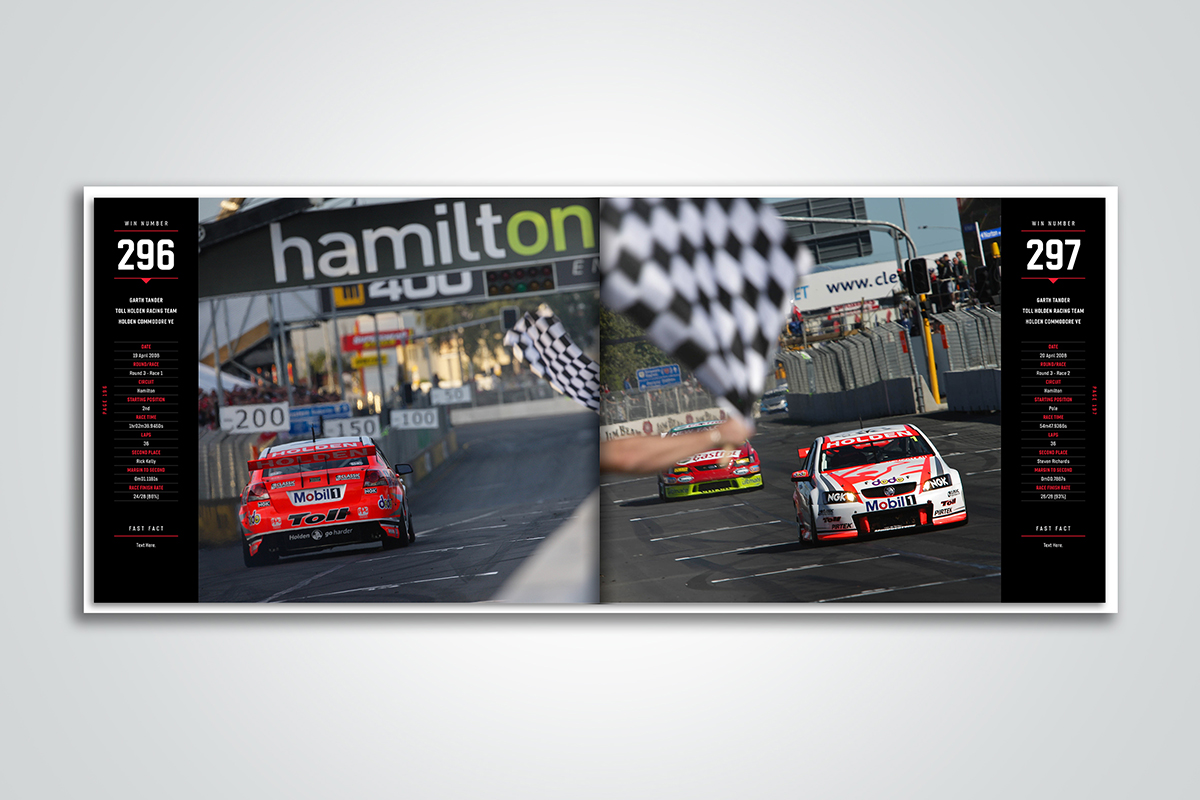 “We’ve also dug deeply into our extensive statistical and historic race result database to turn up some very interesting information relating to each of the 500 wins to support the imagery.

“Digging out a photo of each winning car is a very time-consuming process but it’s a great chance to sift through our files to find some photos that have never been published before and share them with race fans.” 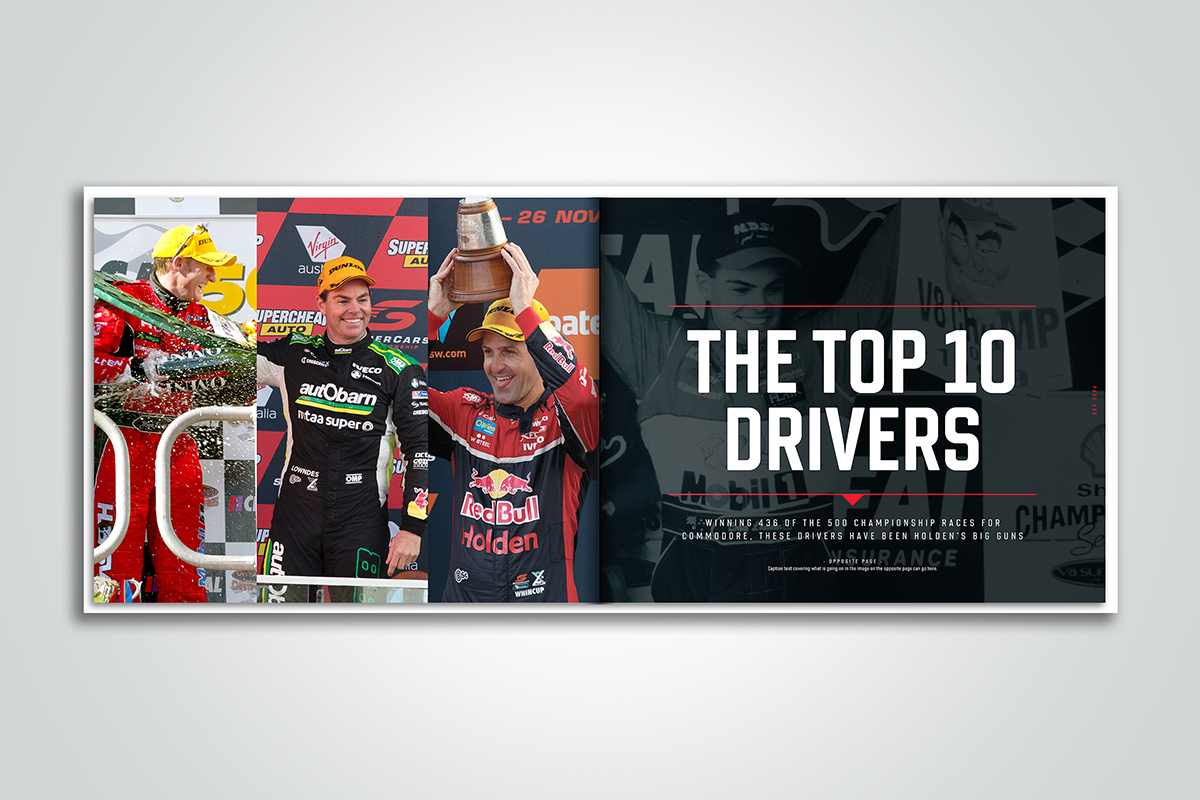 The book will also include a profile of the 10 drivers with the most championship race wins in Commodores including the likes of Craig Lowndes, Jamie Whincup, Peter Brock, Mark Skaife and Garth Tander.