Will Davison says he had to lift to avoid a “pretty big accident” with Jamie Whincup in Race 26.

Whincup swung across the nose of Davison’s Shell V-Power Racing Team Mustang, and the latter backed out of the throttle.

The former housemates made contact, and Whincup raced away behind De Pasquale.

Both Whincup and Davison ensured miserable races from there; Whincup fell away to fourth, with Davison seventh by the flag. 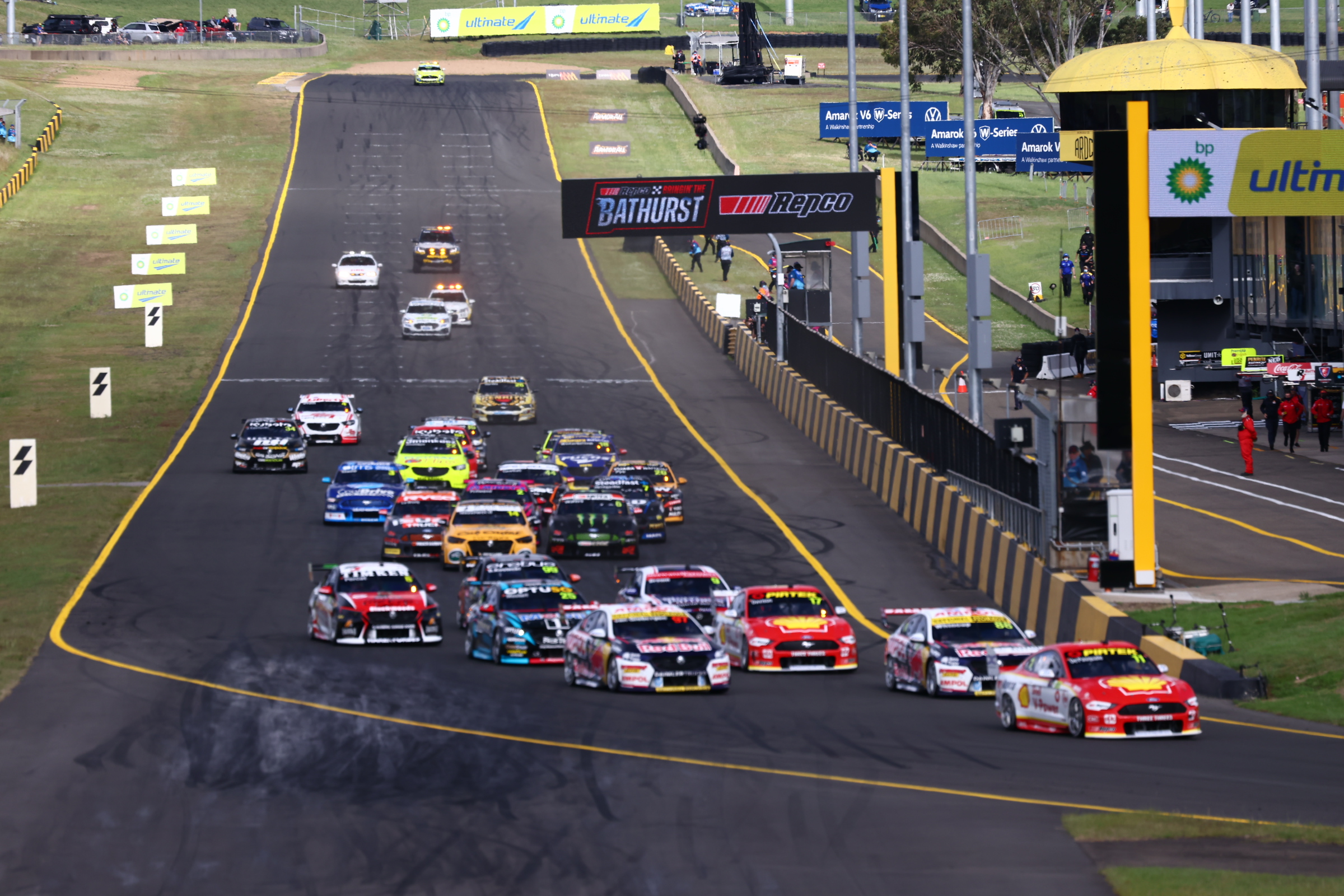 Davison slots in behind Whincup

However, Davison explained that had he not lifted, both drivers would have been in strife.

"A good start again, but yeah, it's not not doing much for me at the moment,” Davison said.

"Jamie came across pretty aggressively; I didn't think he'd keep driving me to the wall.

“Lucky I lifted, otherwise it would have been a pretty big accident.

"I thought I was going to get through, it was nearly a shunt, but I avoided that luckily.”

It comes a week after van Gisbergen earned Davison’s ire after a dramatic start to last weekend’s Saturday race.

Davison was left fuming at the series leader after a Turn 1 incident, with van Gisbergen going on to win the race.

In the latest instance, Davison thought Whincup would concede.

"Your instincts just to, you know, not do anything dangerous,” Davison said.

"So I kept it as flat as long as I could. I thought he might eventually concede, but he didn’t want to let go of that spot.

"I'm glad I lifted because it wouldn't have been pretty if I didn’t."

Whincup said he didn’t get a strong launch, but was coy about the sequence of events which led to Davison slotting in behind.

"I didn't get the best start, but yeah, I was able to hold off the guys behind to to keep second.”

Speaking on his own performance, Whincup added: “No, hated it. Absolutely hated it.

“It was painful, you know. Anton just disappeared on the road. Teammate made me look silly.

“Just painfully got got the thing around to try to try to get some points.

“We just weren't quick enough and didn’t deserve a podium.

"So we'll go back and try to work out what's what's going on… no fun, unfortunately."

Cars will return to the track on Sunday for consecutive qualifying sessions from 11:45am AEDT.