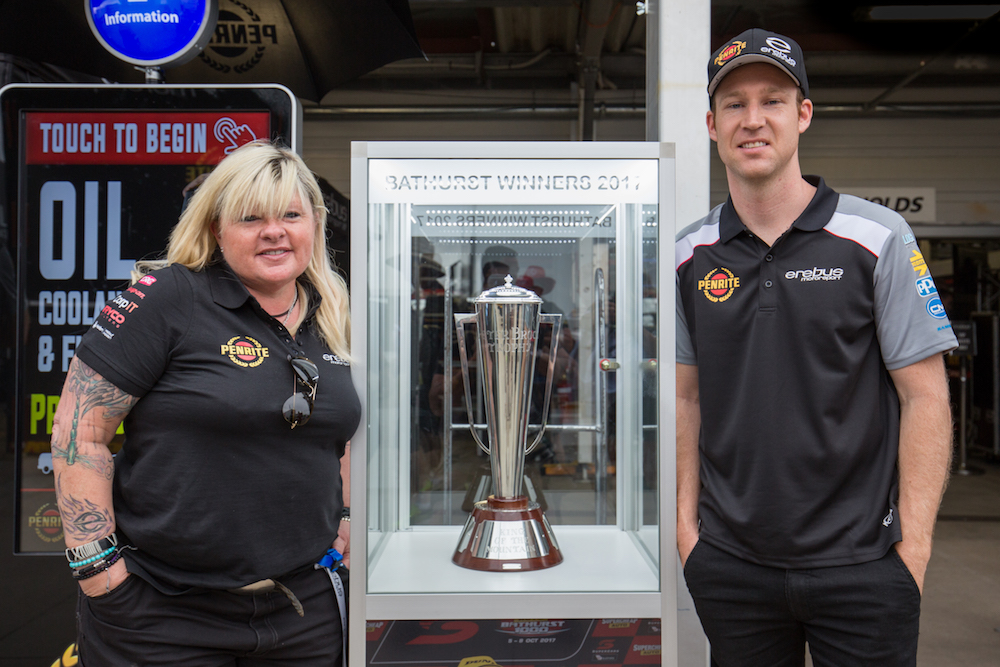 Erebus Motorsport plans to take the Peter Brock Trophy on a national tour this year, sharing the fruits of its 2017 Bathurst victory with Supercars fans.

The perpetual trophy is on display at the Adelaide 500 in a specially-built cabinet located at the back of the Erebus garage.

Supercars created the Peter Brock Trophy in 2006 following the death of the nine-time Bathurst winner in a tarmac rally in Western Australia.

Erebus took an upset win at Bathurst last October with David Reynolds and Luke Youlden; the only race win by a team other than Shell V-Power, Red Bull and Tickford in 2017.

The success came less than two years after a complete revamp in which the squad switched its Mercedes-AMGs for Holden Commodores and relocated from the Gold Coast to Melbourne.

Team manager Barry Ryan says sharing the success with fans was the main motivation behind the initiative, which will run through to Sandown, when it has to return the trophy.

“The intention is to bring it to every round,” Ryan told Supercars.com.

“We’re proud of it and want to show it off and give the fans an opportunity to enjoy it.

“It’s good for the team to have that reminder there and for the commercial partners, of course.

“At the end of last year we brought it around to all the sponsors to say thanks for their support.

“It’s a powerful thing for people to see and get photos with.

“It’s good that Supercars has allowed us to show it off, because it’s worth a lot of money.

“We’ve made up a special case for it with smash-proof glass and it’s tethered to the garage, so it’s very secure.” 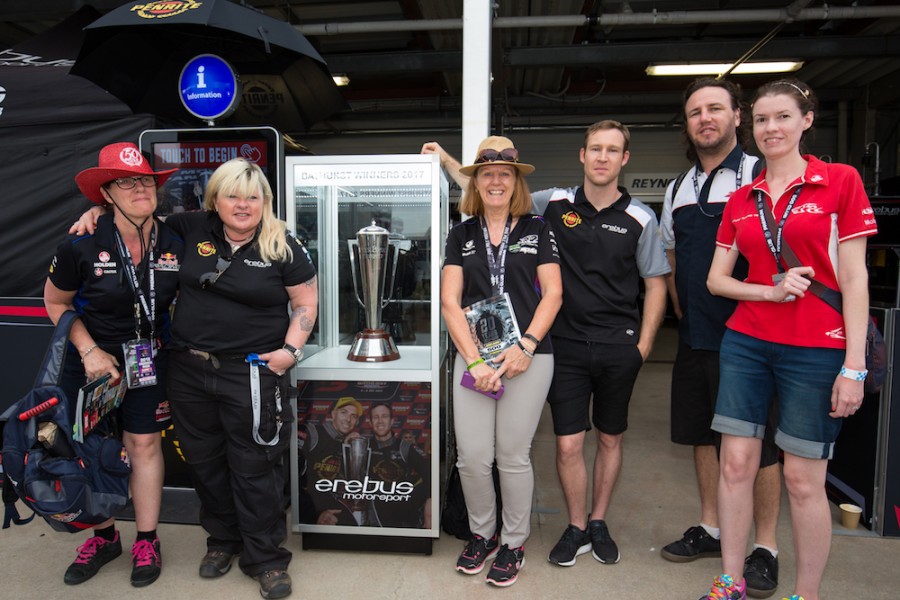 “Peter Brock was a man of the people, so we are bringing his trophy to them,” she said.

“The fans are what makes this sport as great and enjoyable as it is.

“They deserve to see what we fight for on that Mountain, once anyone sees it, they can understand why it means so much to everyone in this sport.”

Last October's triumph was Erebus' second big win at Mount Panorama, having taken out the 2013 Bathurst 12 Hour with a Mercedes-AMG SLS GT3.