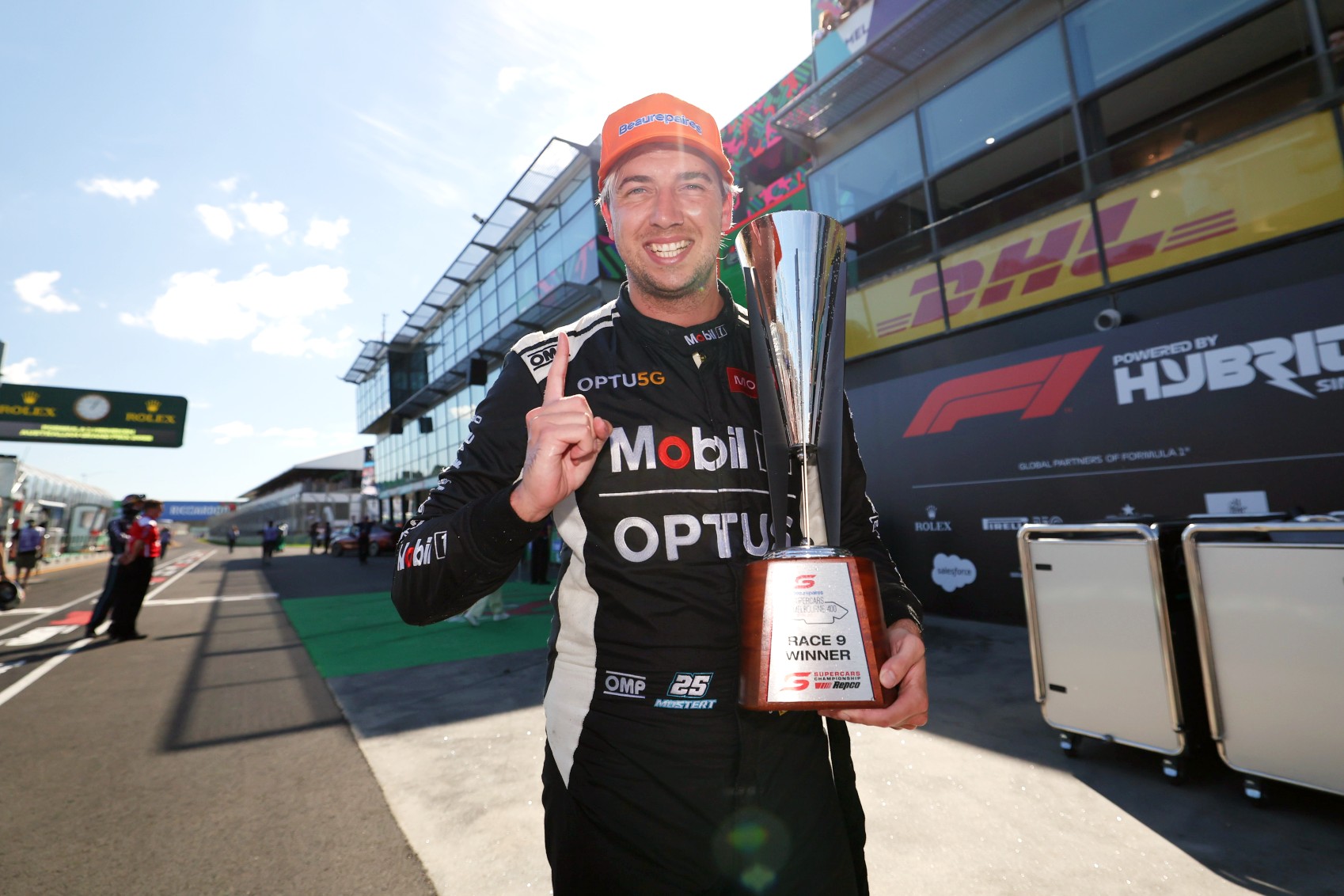 Chaz Mostert bounced back from a trying Saturday to win the final race at Albert Park, as Shane van Gisbergen claimed the Larry Perkins Perpetual Trophy.

Mostert benefited from a major van Gisbergen lock-up midway through the race to win Race 9.

However, the championship leader had accrued enough points to secure his first Perkins Trophy.

Van Gisbergen’s overall victory cause was aided by a retirement for closest rival David Reynolds.

“The boys did a fantastic pit stop,” said Mostert, who is celebrating his 30th birthday.

“You’ve got to put Shane under pressure, he obviously had a beast under him.

“We’ve still got some work to do, but to get two wins this weekend is awesome."

The Safety Car was triggered immediately after the start after a clutch issue left Jack Smith on the grid. 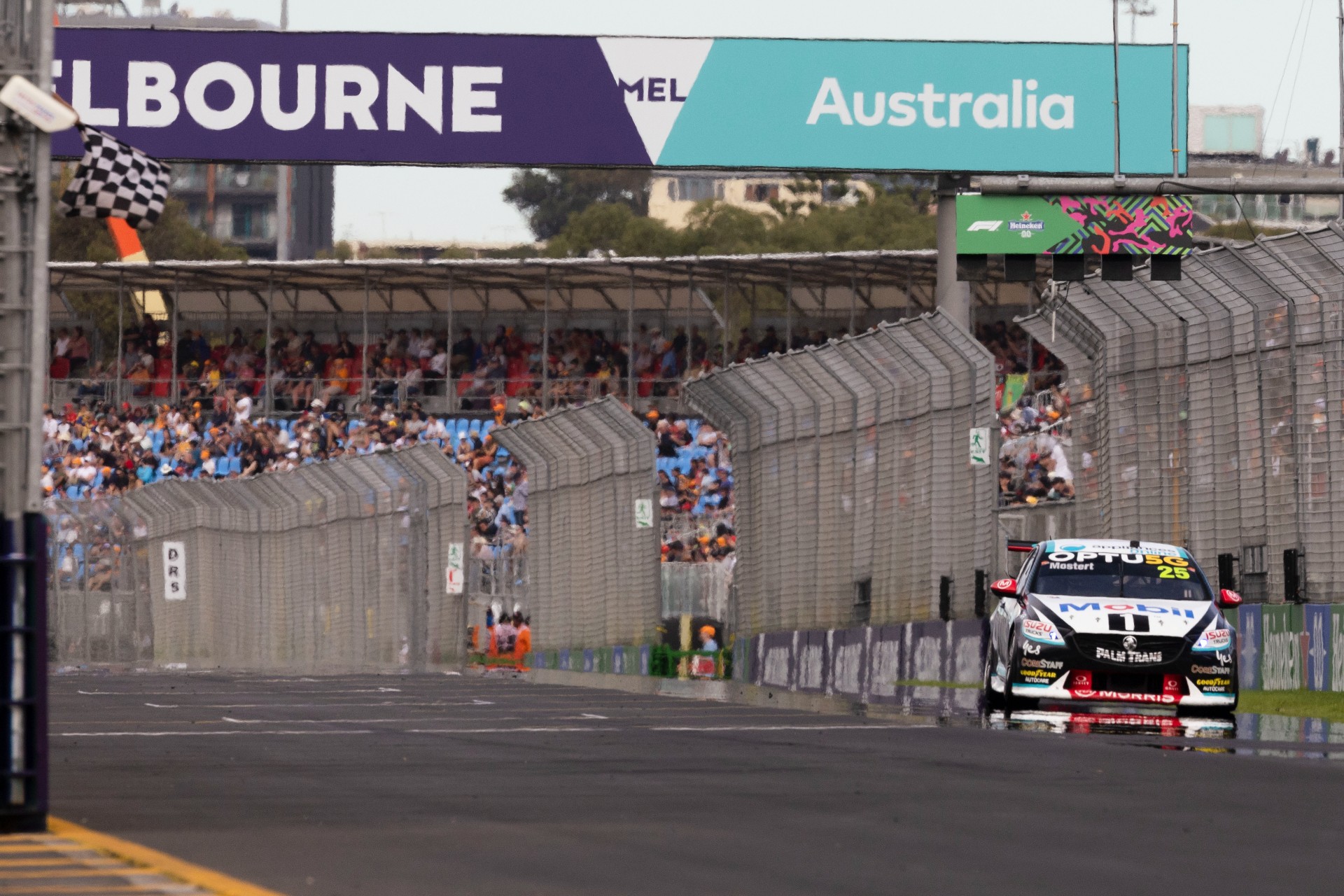 Van Gisbergen, who started sixth, began to charge through the field and pushed past Cam Waters.

Waters followed De Pasquale in on lap 4, but was handed a five-second penalty for a pit lane infringement.

The #6 Monster Mustang was released into the path of Nick Percat.

Leader Davison suffered a major lock-up at Turn 9, and stopped on lap 5 with Mostert and van Gisbergen behind.

Van Gisbergen stopped on lap 6 and emerged ahead of both Shell Fords; it came after De Pasquale locked up at Turn 9 and made gentle contact with Davison.

Mostert assumed the effective lead after his lap 7 stop, but came under attack from van Gisbergen.

On lap 9, van Gisbergen suffered a severe lock-up of his own at Turn 9, and quickly lost ground to Mostert. 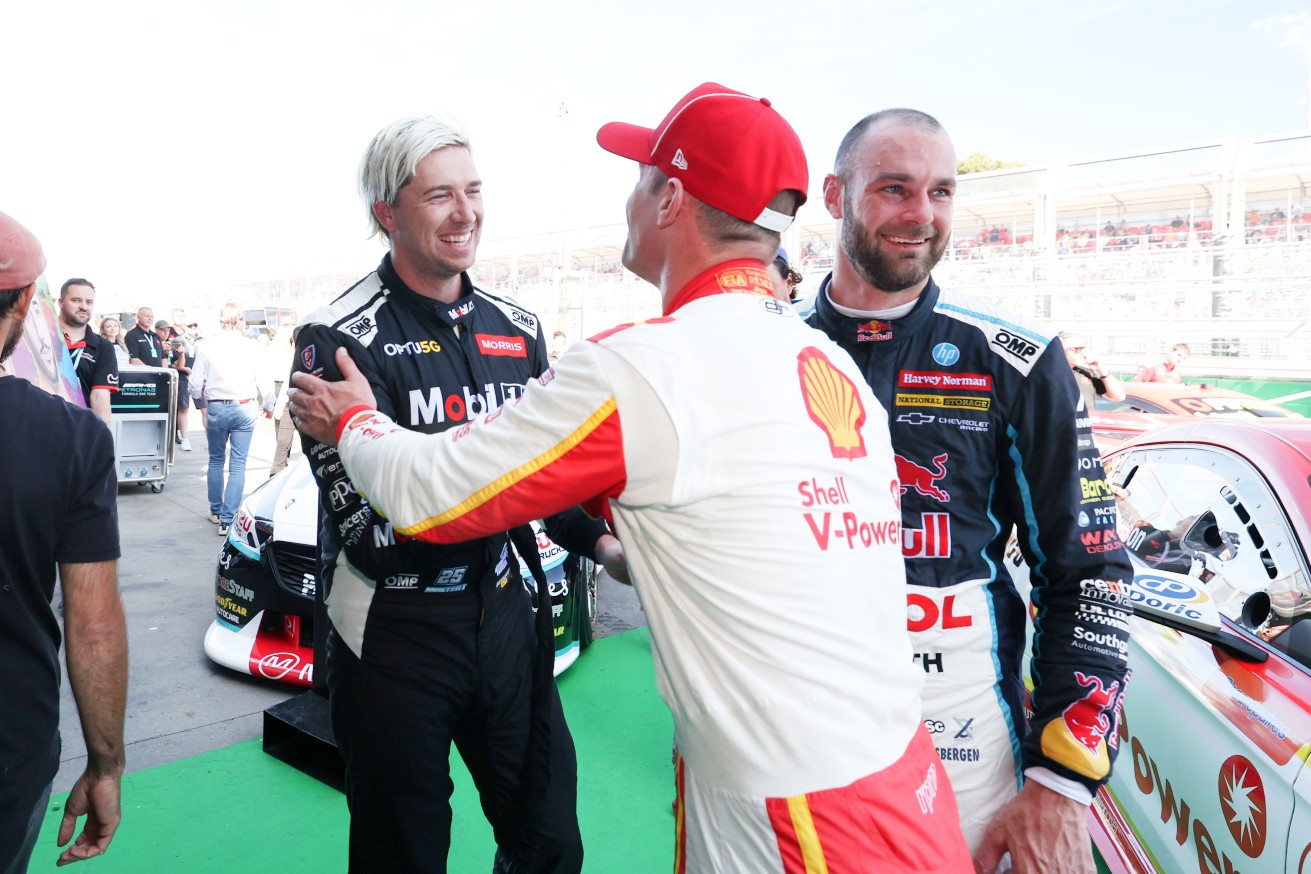 By lap 13, the margin between Mostert and van Gisbergen was four seconds; by lap 18, it was out to five seconds.

Van Gisbergen came under attack from Davison, and the already-damaged tyre gave way into Turn 11.

The ailing #97 came into pit lane, releasing Davison and De Pasquale into second and third.

Mostert crossed the line with a 5.2s victory over Davison, with van Gisbergen 54 seconds down in 20th.

However, van Gisbergen managed to secure the Perkins Trophy by just 12 points over Mostert, with Reynolds 18 points behind in third.

The 2022 season will resume in Perth later this month.