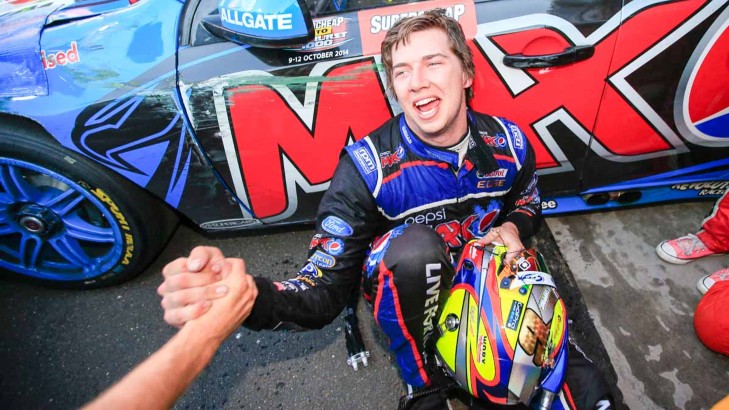 From last to first in a race full of carnage, records broken, and a fuel fight to the end with the five-time V8 Supercar Champion, Chaz Mostert has crossed the line first and won an unbelievable Supercheap Auto Bathurst 1000 with Paul Morris.

Mostert and Morris started from last on the grid after exclusion from qualifying, with Jamie Whincup in 23rd.

An extraordinary race came down to the two on the final lap - Red Bull's Whincup recovering from a lap down, but struggling on fuel as Pepsi Max's Mostert attacked and got past on the final lap at Forrest's Elbow.

Throw in a one hour race suspension because of track conditions, 10 safety car inventions, and an enormous amount of carnage, and this will go down as one of the best as Mostert crossed the line and Whincup was swamped by young challengers.

"Wow - second year in main game and this happens!" Mostert said when getting out the car.

"We didn't have it in qualifying but god we had it in the race ... unbelievable ... I had to have a crack and we pulled it off!"

"From 26 to 1t is unbelievable. Everything went our way... and now we're Bathurst champions!"

More to come from Mount Panorama.

Pye: Hit as big as any I've ever had