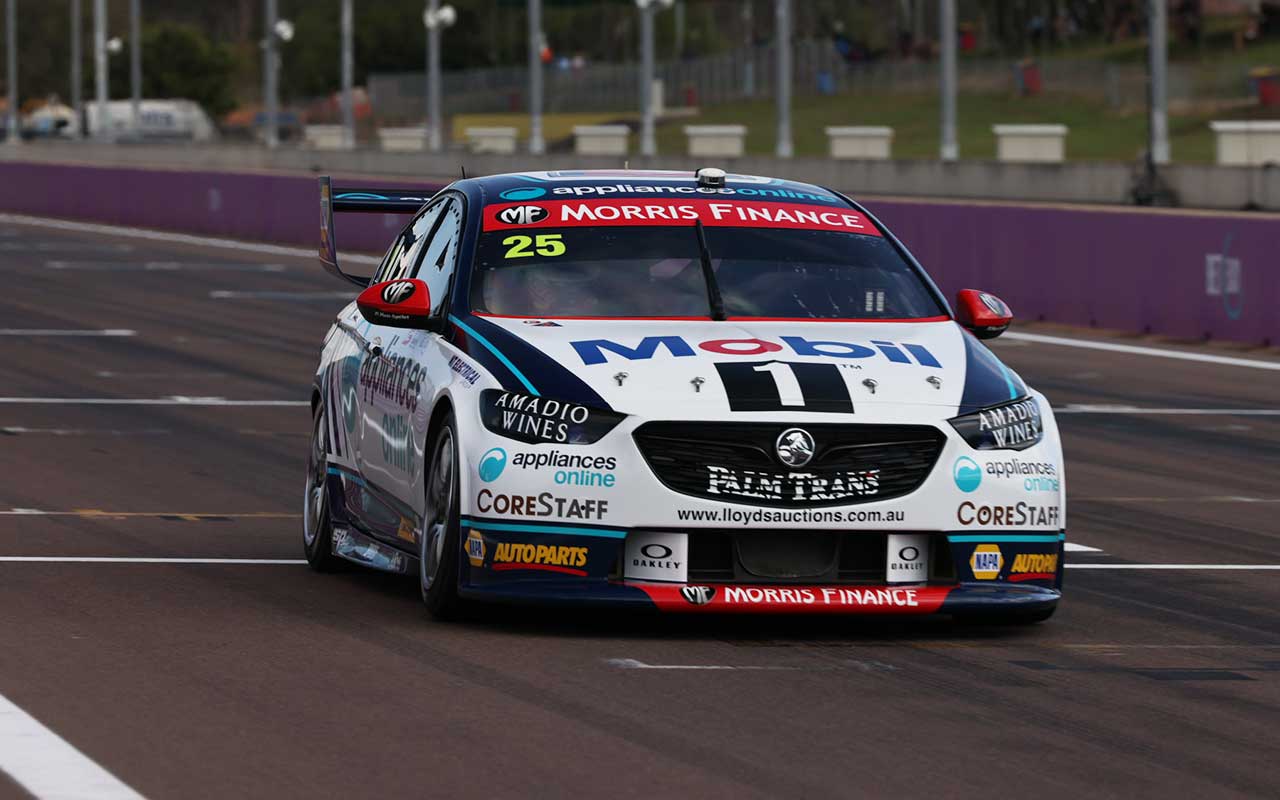 McLaughlin sat atop the times for almost the entire 30 minutes, clocking a 1:07.0713s on his second flying lap to knock-off teammate Fabian Coulthard by 0.0690s.

The championship leader improved that to 1:07.0222s with seven minutes remaining, before Rick Kelly and then Anton De Pasquale slotted into second.

They were all trumped by Mostert’s final 1:06.7477s after the chequered flag fell, marking a strong start to the weekend for the Walkinshaw Andretti United Holden driver.

Van Gisbergen had been at the bottom of the order for much of the session, reporting to the Red Bull Holden Racing Team that something was amiss in the rear of the car.

After changing both rear shock absorbers, van Gisbergen returned to the track to jump as high as P6, but was adamant the issue had not been solved and ended up sitting out the final five minutes.

“It helped the feeling and the laptime but there’s something not quite right that I’m not comfortable with in the rear,” he said.

“Turn 2 and 3 I’m fully wheeling the thing where it should be easily flat. Hopefully we can fix it and find something, but with these short sessions we’re better off parking it.

“It’s obviously not too bad, we’re fast, but something doesn’t feel right.”

Teammate Jamie Whincup had a subdued session, ending up 14th.

The Monster Mustang driver and teammates James Courtney and Lee Holdsworth were all among those to spear off at Turn 1 during the session.

A second 30-minute practice session will take place prior to ARMOR ALL Qualifying.